Days were filled working at gondola and endlessly answering tourists’ questions, mentally rolling our eyes. In the evenings we went biking and exploring around Banff. We spent hardly any time in town itself as it was very crowded and full of tourists you couldn’t walk freely in the streets. 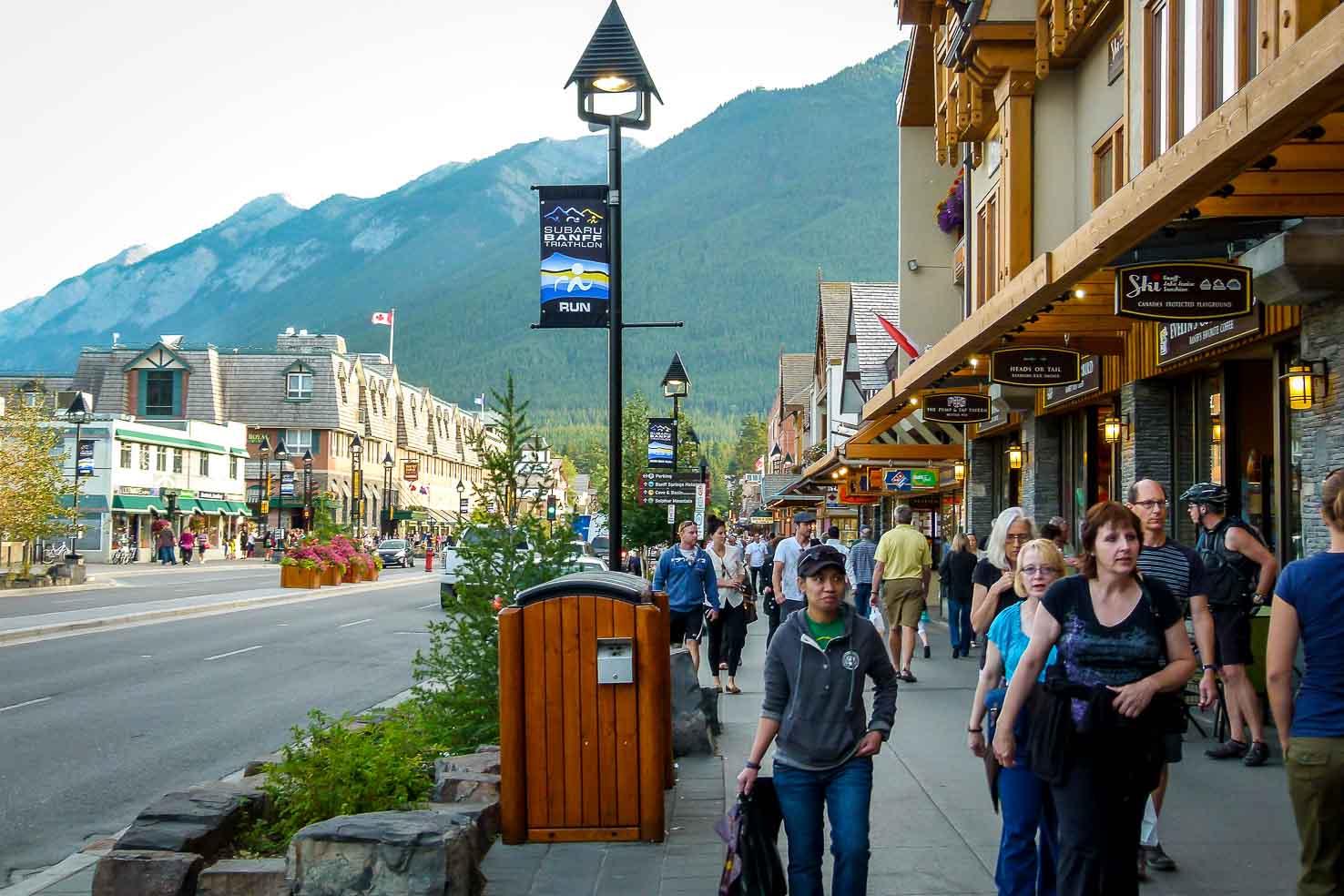 Most enjoyable moments were spent mountain biking or running in the forest.

There is a beautiful bike path that connects Banff and nearby town of Canmore. One day when we were biking back to Banff I saw a big black animal in the distance. I stopped, waving to Michal behind me to stop and look ahead. Just a black bear who didn’t mind cyclists or cars stopping and people staring at him, from the safe distance of course.

After a while he just moved on to the forest. As we were passing by, we could still saw him wandering in the bushes minding his own business. But all human beings around were minding his business, too. The second he looked our direction, we started to pedal a little bit harder and people faded away. 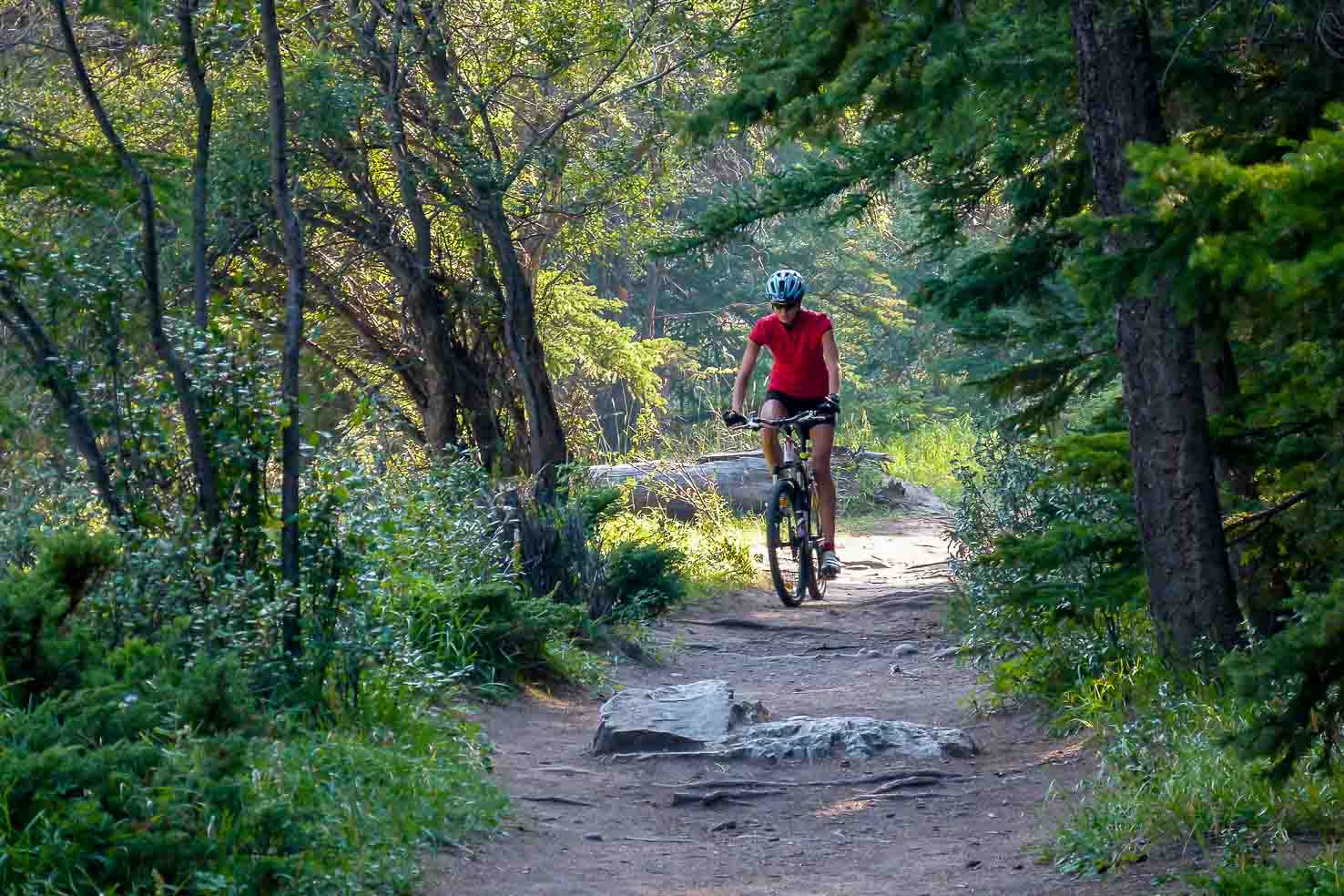 We looked at each other and couldn’t stop smiling realizing what had happened. Seeing your first bear just casually walking on the same bike path as you is definitely our top experience from Banff.

On another day we went for a run to the forest. As I was running with Michal behind me, he suddenly told me to watch out. I looked around not understanding what he meant and I almost had a heart attack! Two huge deer were chewing their dinner literally right next to me. They just glanced at us and returned to the tree looking for more leafs to eat. We encountered many deer in Banff by now but at this moment I could feel his breath. 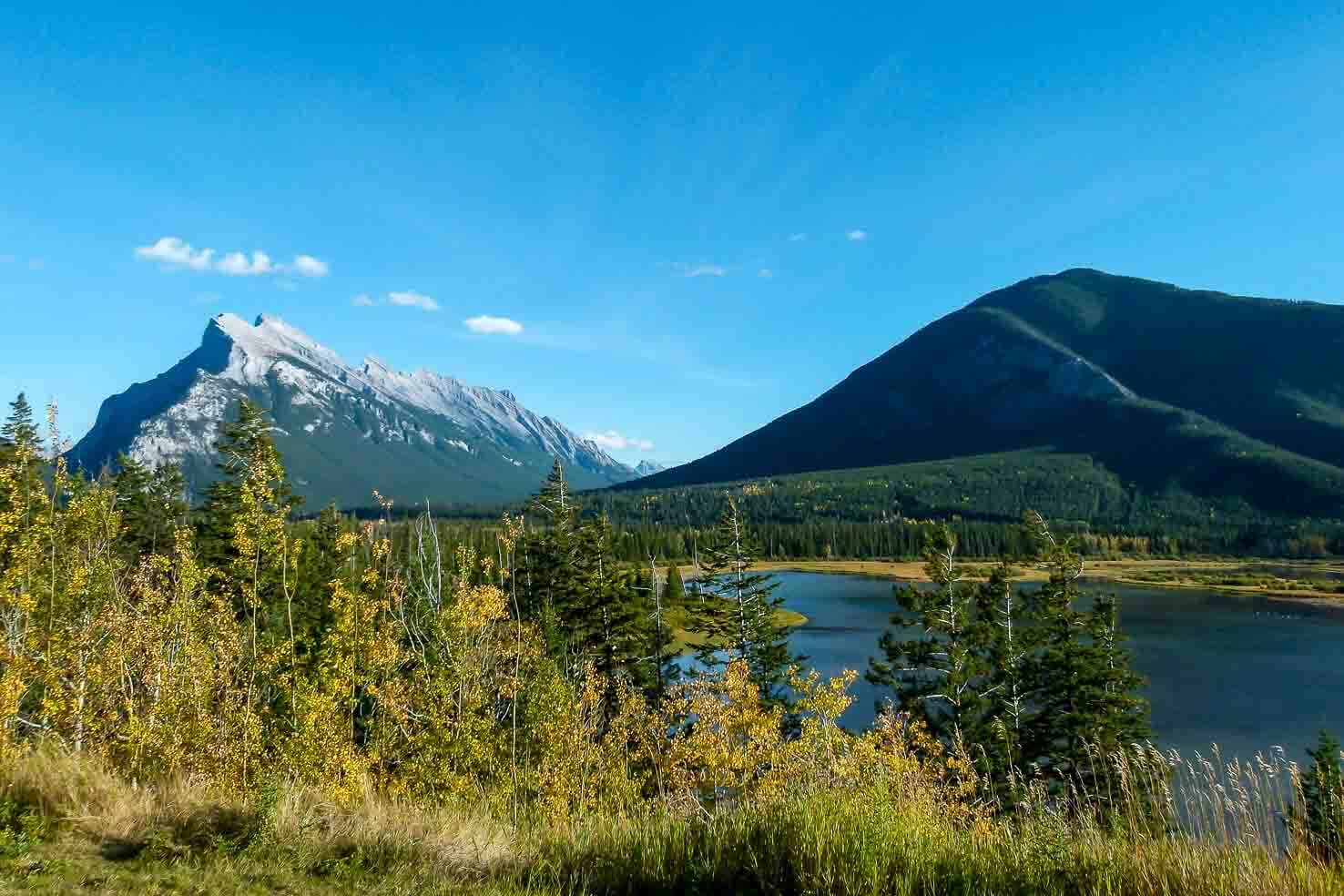 Bringing our bikes from home was the best thing we could do. Not only can you get anywhere within Banff by bike but also to discover surrounding lakes. 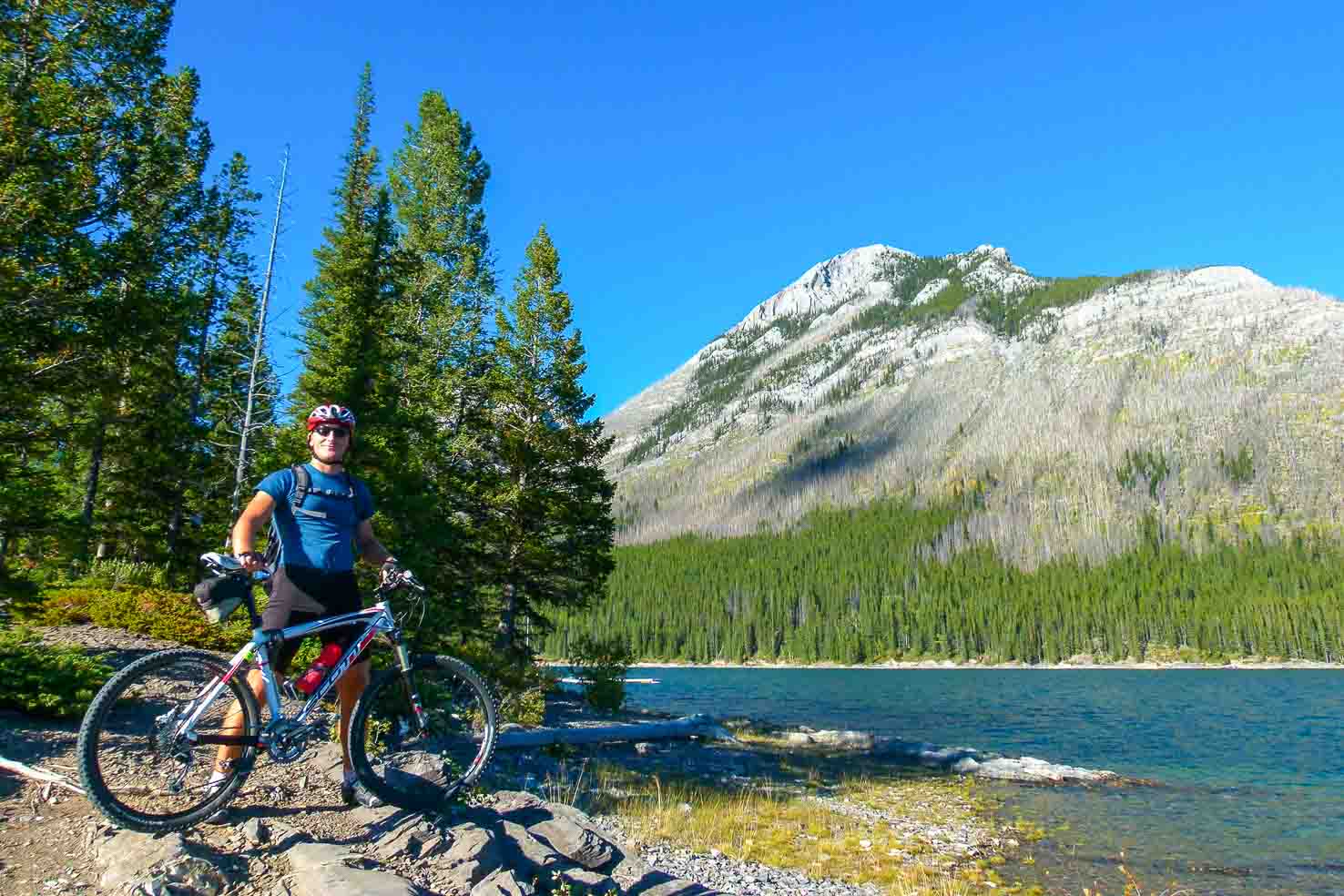 But biking season ends in October with temperatures dropping significantly. We were “stuck” in town with no car and non-existing public transport outside Banff. (Now there is a bus connection between Banff and Canmore) 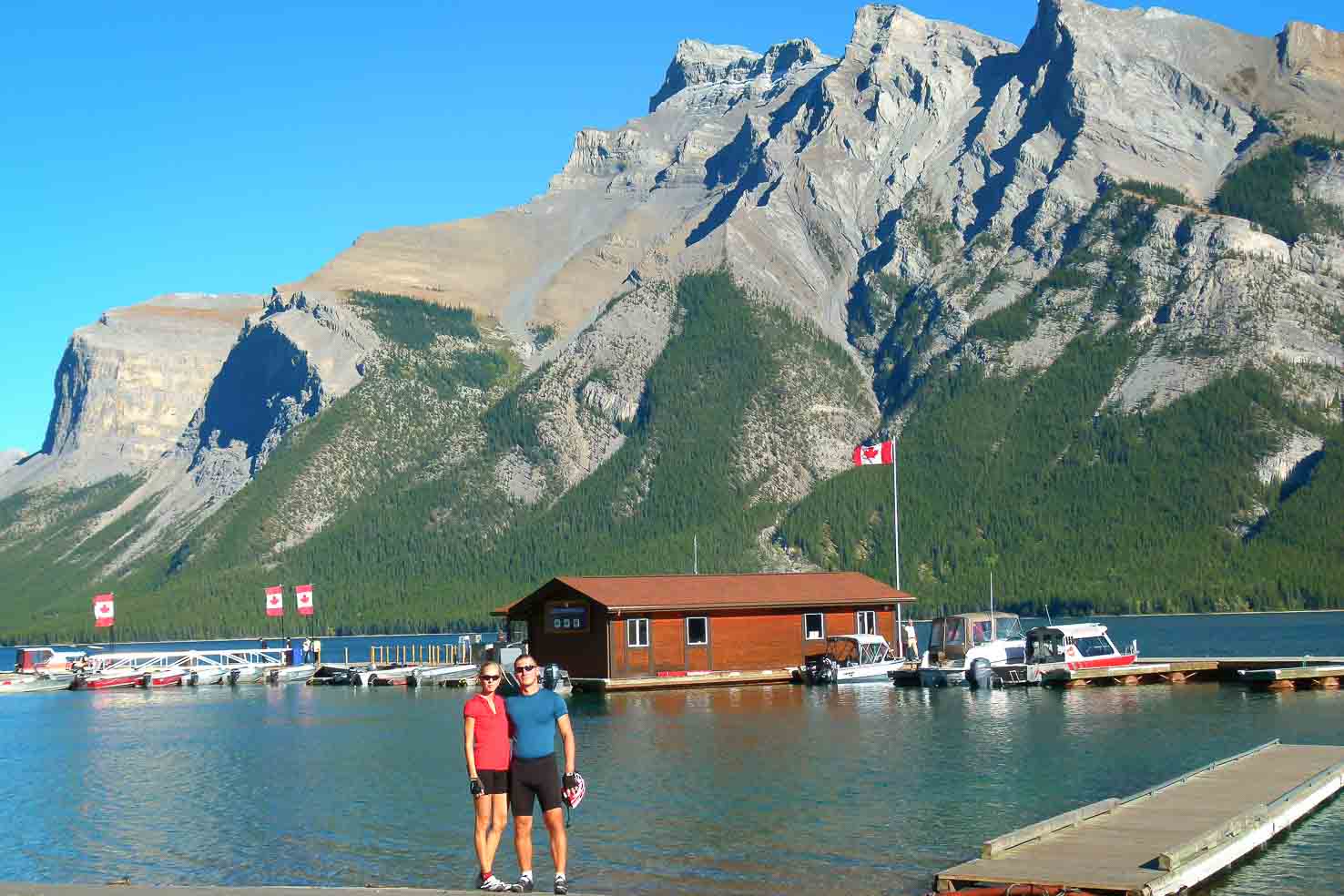 Fortunately the company we worked for were offering bus tours to the most beautiful lakes in Alberta. We jumped at a chance to go on a tour outside the town, and bonus as employees – for free. 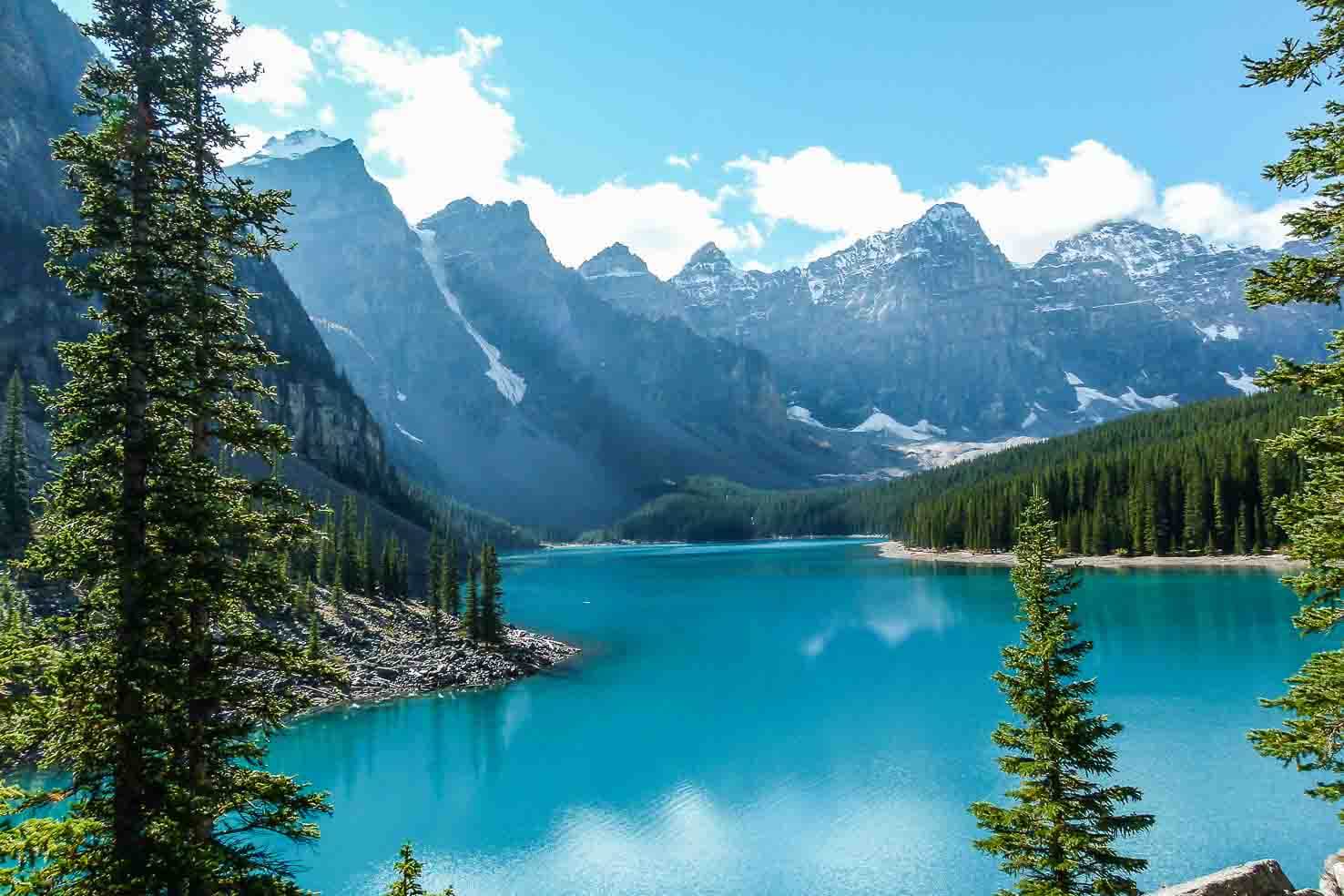 Not surprisingly this was the first and last time during the last three years in Canada that we were happy to see and play with snow in October. The last snow usually melts at the end of April. Living in Banff was exciting, exhausting and expensive. So when I found a job in Calgary, we bought a car, packed our bags and moved to a new city with new opportunities.

Since then we visited Banff again many many times to see our friends and enjoy the beauty of the oldest national park in Canada.

Read more about 100 things to do in Banff National Park, Canada

Have you ever been living as an expat life in a different country? What’s your story?