All of this was waiting for us, as we decided to move from Slovakia to Canada. (For those of you wondering where Slovakia is, it lies in the heart of Europe.) We got working holiday visas for one year and were excited to try living in another country.

Full of expectations we arrived in Banff, Alberta in September three years ago. First impression of Banff that stuck in my head – one main street full of hotels, tourists and souvenir shops surrounded by high rocky peaks and evergreen trees.

Okay, I guess we would need to go out of downtown to find the real beauty of Banff. There must be something else since it’s considered one of the most beautiful places in Canada. 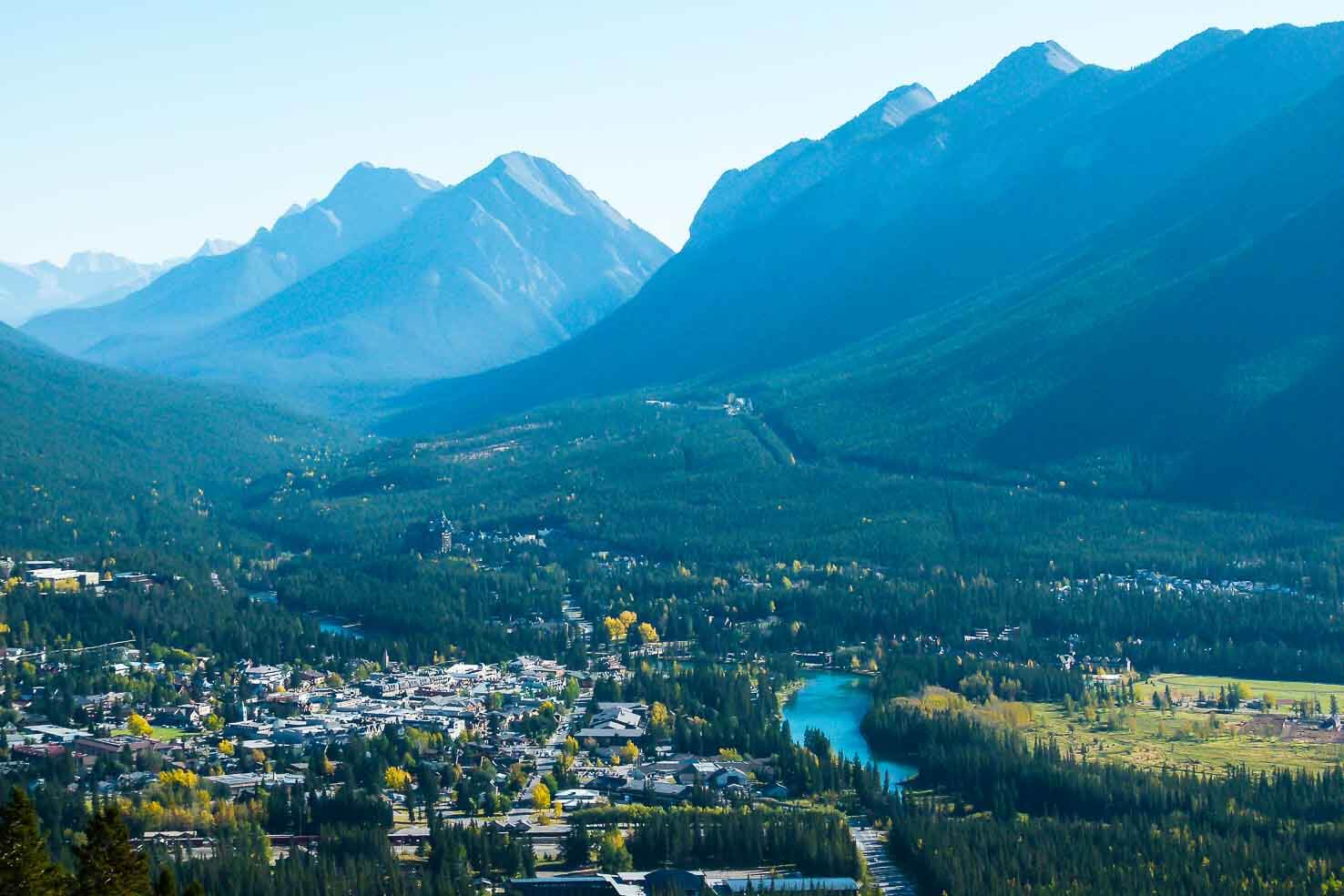 The first day I woke up around noon, slightly jetlagged and confused.

Where are we? I looked outside the window and saw a deer slowly chewing his lunch. Oh, right, we arrived in Banff. 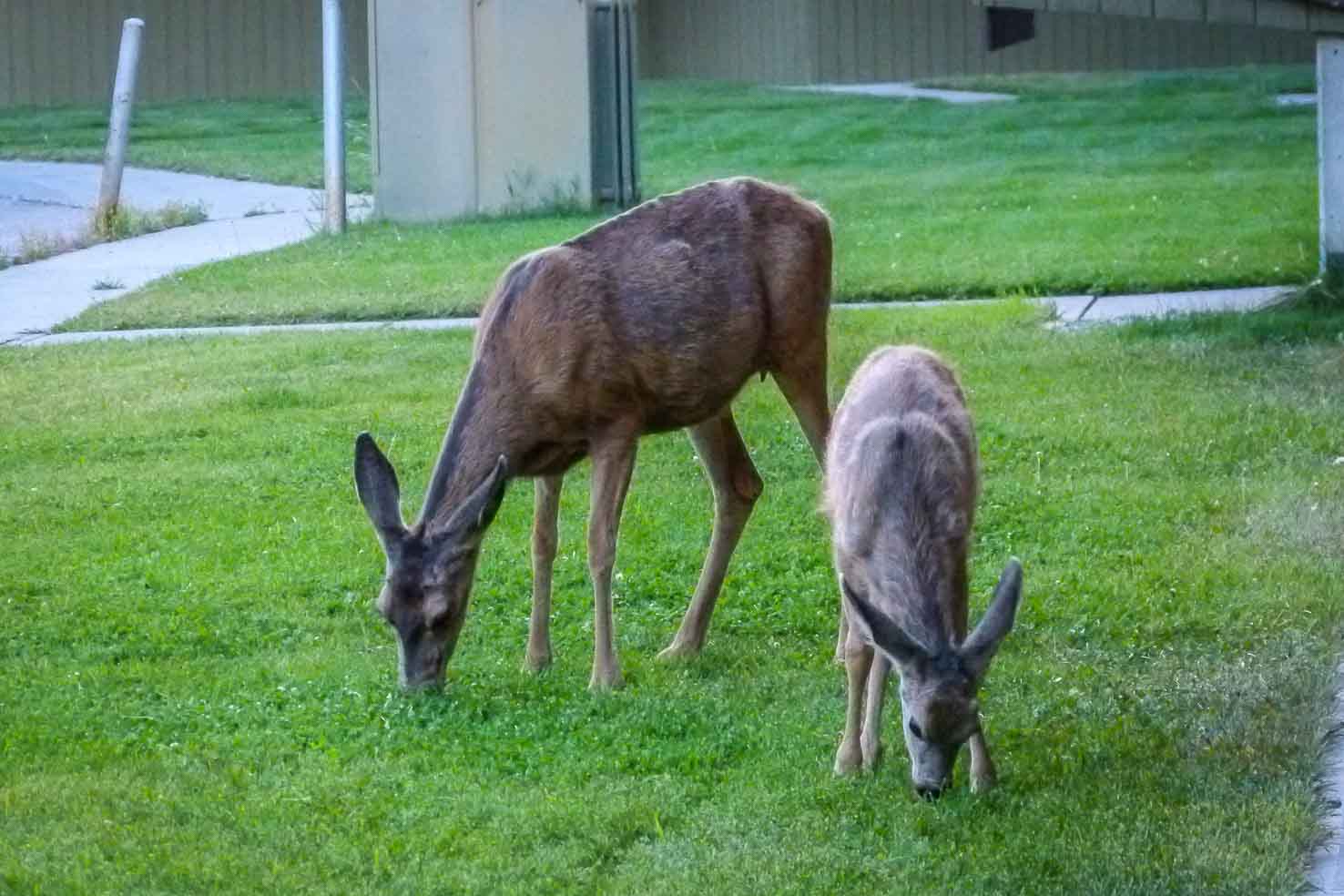 Michal already had our bikes assembled and was waiting for me to get ready to explore around town. Right after we went outside, huge wave of athletes passed us and people on the sidewalks were cheering. Apparently triathlon athletes were just finishing their race.

At the end of the day we realized that in Banff: Simply said we enjoyed our introduction to Canada.

Getting into real life

Next morning hit hard as the alarm clock announced we have to get up to go to work. Securing work up front left us hoping that we should be able to adjust to steep Canadian prices more easily. With getting a paycheck every two weeks right from the beginning. 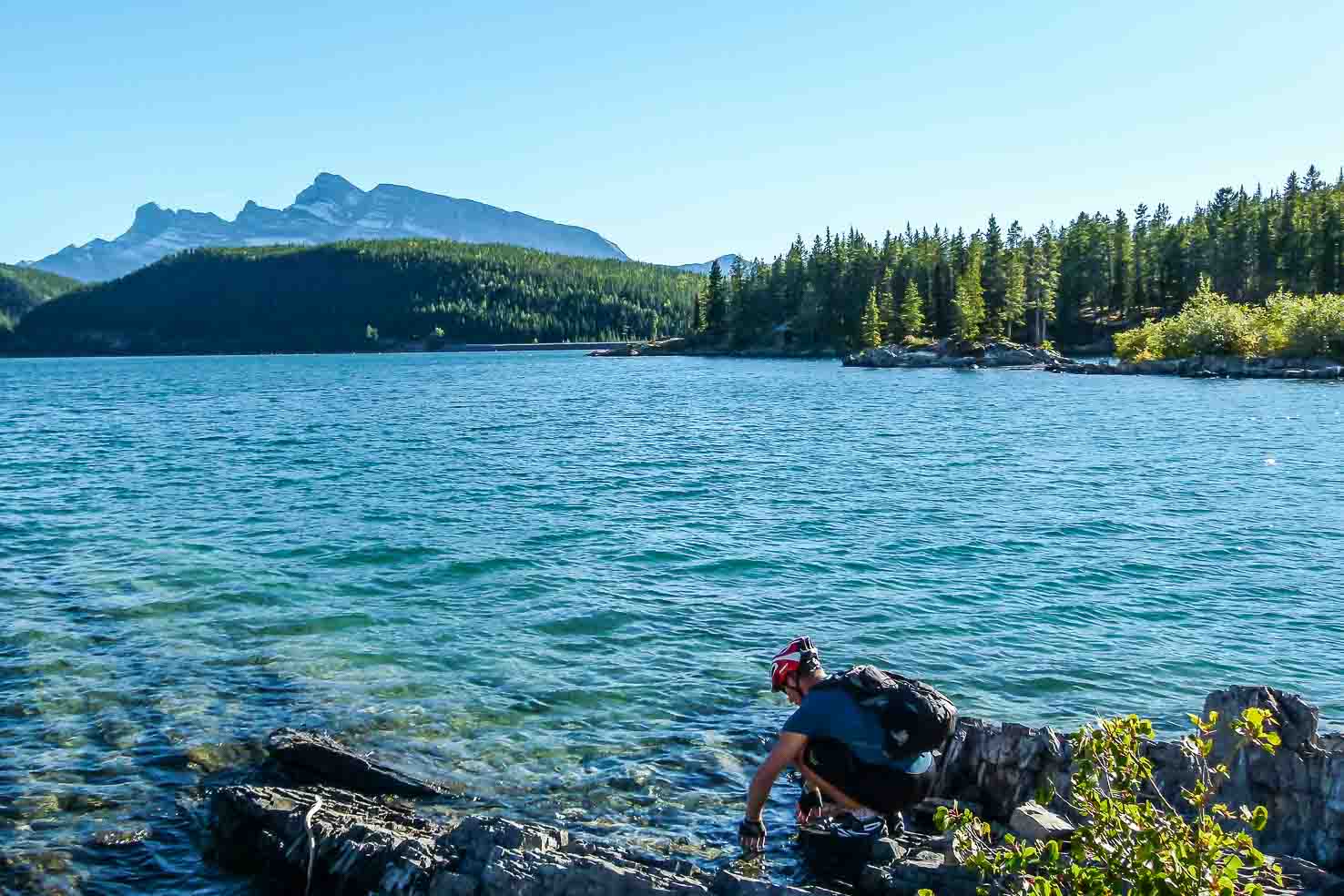 We worked in a gift shop. That was the first and probably the only job where the only means of transport is gondola, in case you don’t want to hike up the mountain for an hour. Not a bad view right? The bright side of the working day… 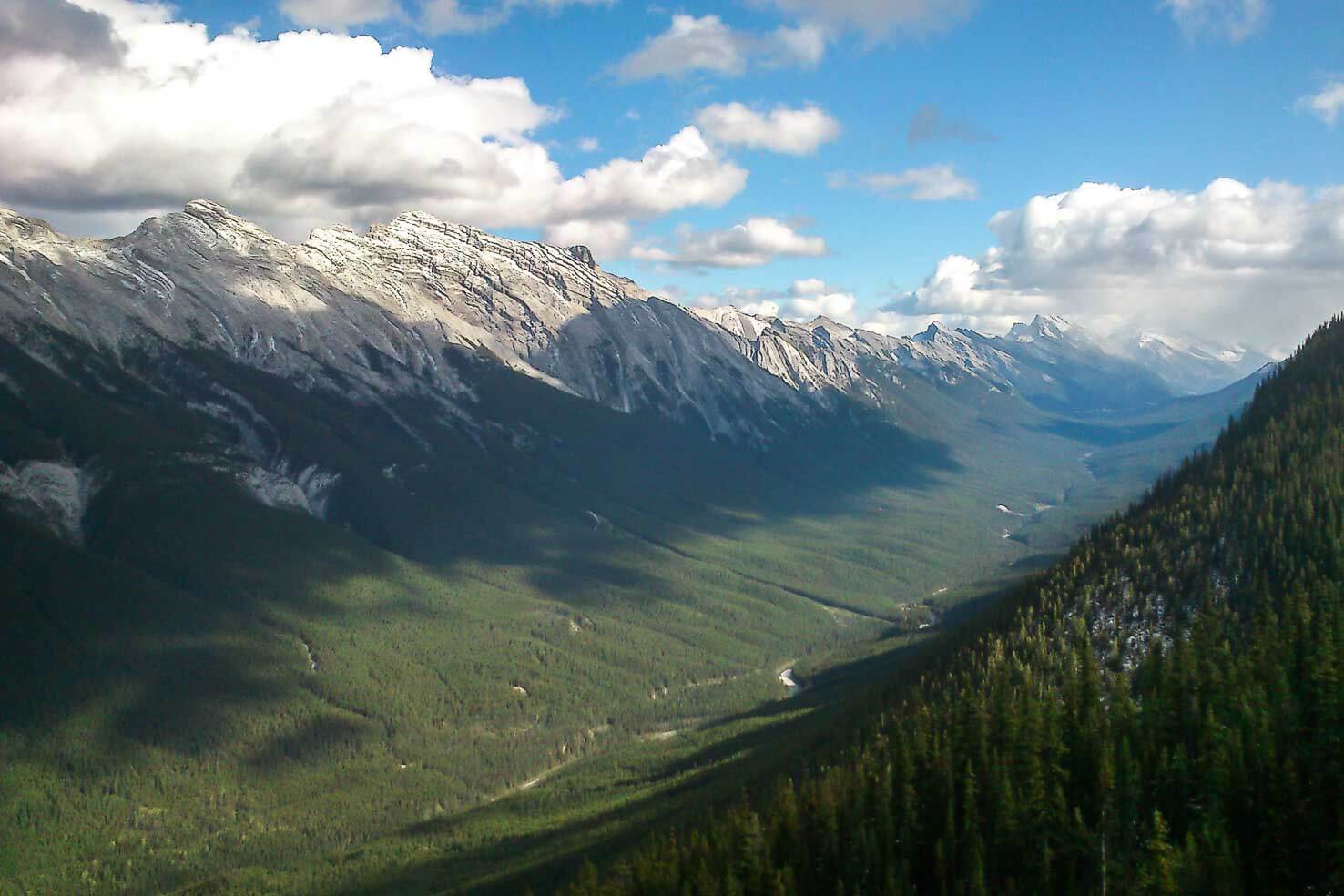 Oh my god, tourists! I don’t think I can ever work with tourists again. Ever. It’s exhausting and not rewarding at all. In a gift shop, at least. Why people can’t see the line formed in front of the cashier? Why are they pushing themselves to be the first? No offense to Chinese people but they were the only ones doing this. Someone told me that’s how they shop at home as well…

Countless times tourists questioned us why don’t we sell more Canadian souvenirs and why is it all made in China. Which is a question I really would like to know the answer to. 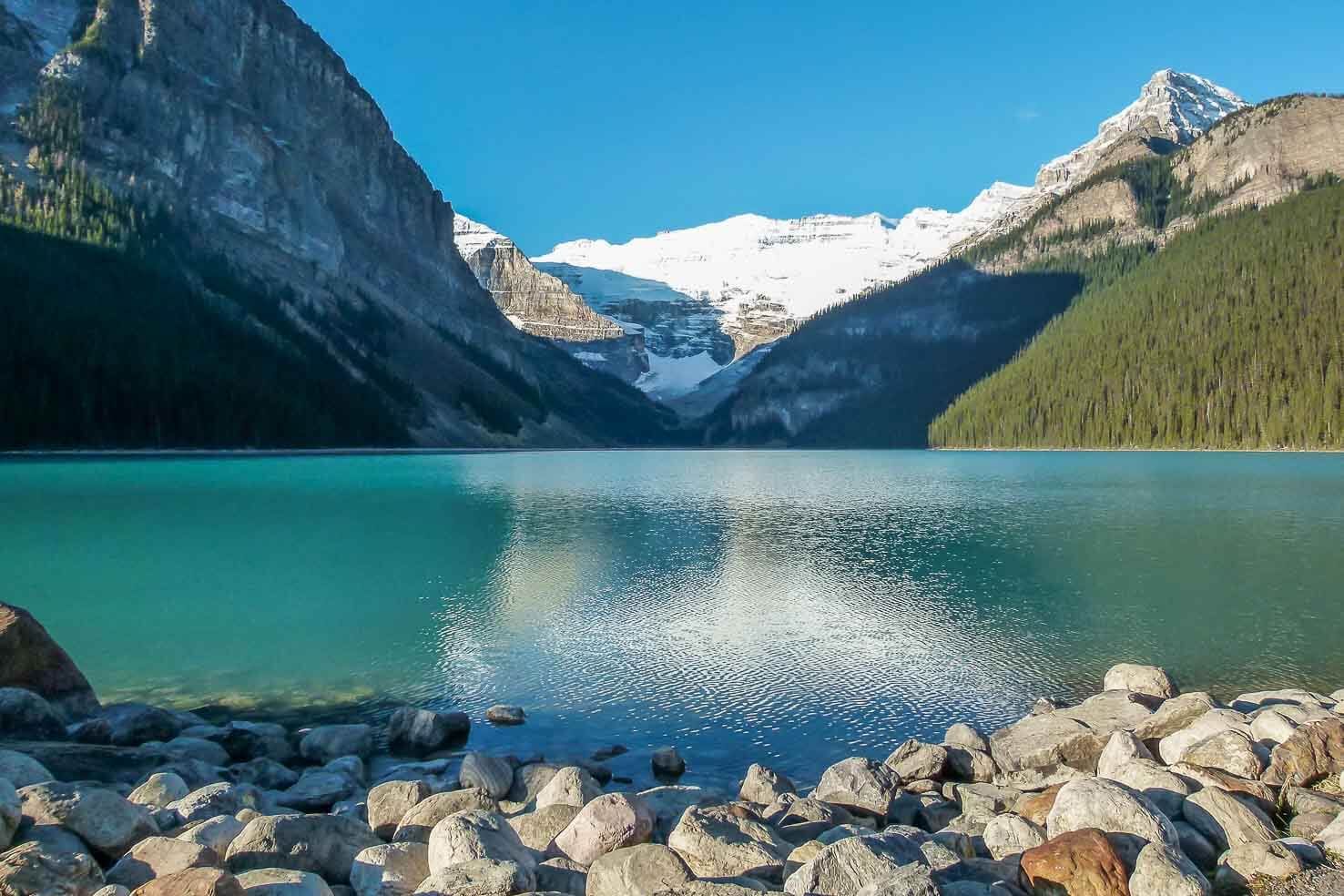 We were the only people freaking out a bit about the smoke in town one afternoon. Unmistakably we smelled fire. 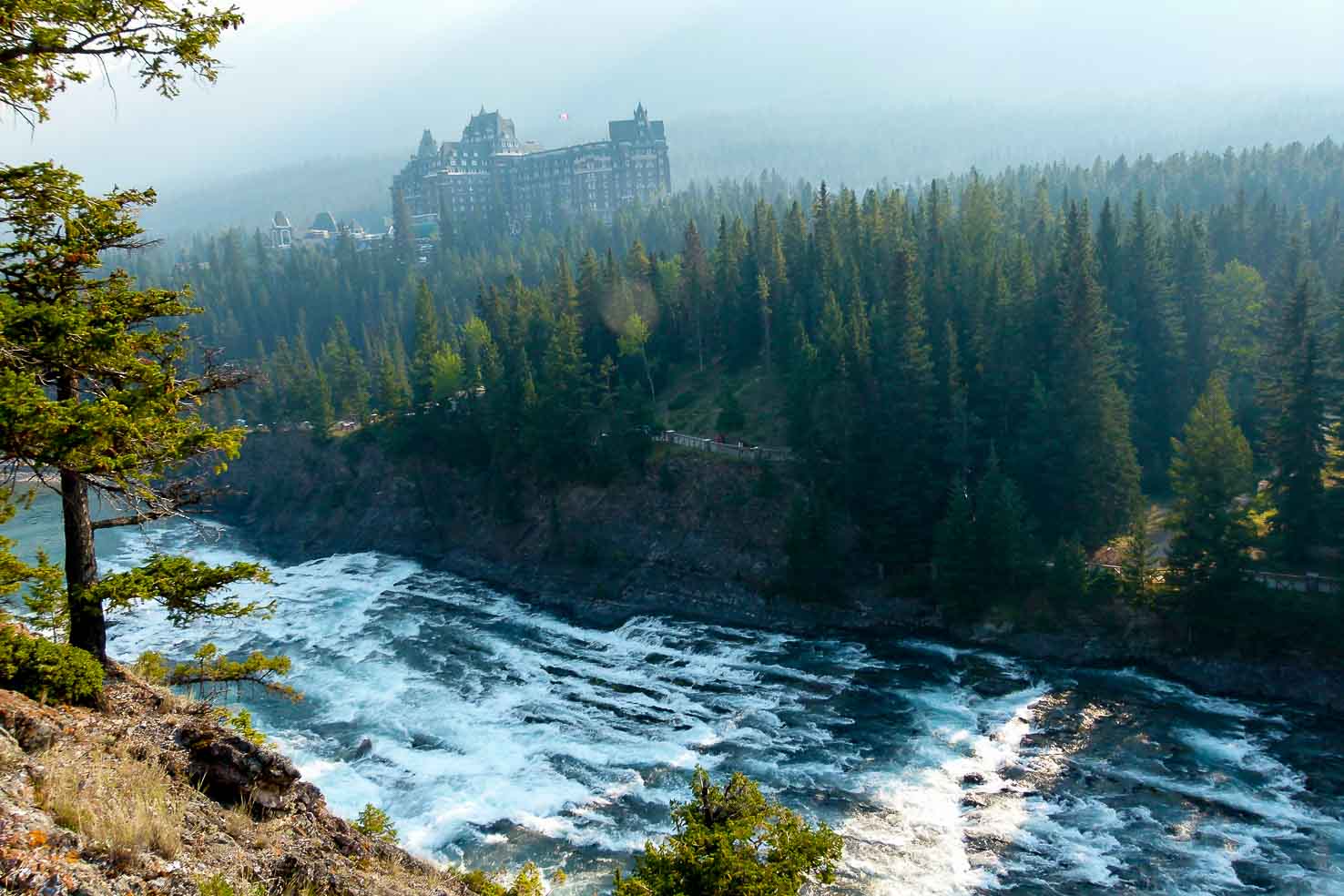 The gorgeous sunny weather was interrupted by prescribed fire in the nearby forest. We learnt it’s common in Canada and few other parts of the world. Ironically they put on the fire to maintain the health and diversity of the forest, and to improve wildlife habitat.

Within Europe we are not used to setting up intentional forest fires.

There was a lot of surprises in the beginning but we adapted to new culture faster than we thought.

In case you’re thinking of living in Banff, the most common jobs you can get are in the tourism industry – gift shops, hotels, ski resorts & restaurants. All of them usually offer the minimum wage. With the recent increase of digital nomads, living in Banff is more financially viable if you don’t rely on paycheck from companies in Banff.

If you’re on your way to become a digital nomad, make sure to get info from experts in the area. One of them would be Aaron from Nomads Nation, check out his website for packing tips and more.

100 things to do in Banff National Park, Canada

Cheapest way to travel across Canada

Have you ever visited Banff in Canada? What did you like the most?