Month 6 recap of our trip around the world

I can’t believe we are a 6th month into our trip around the world. Time flies faster when you are constantly moving around, without having a clue what day (and sometimes month) is.

In January, we finished our travels around Colombia and moved on to Peru. Colombia was hot and our time was mostly spent on Colombian countryside or in the Caribbean. 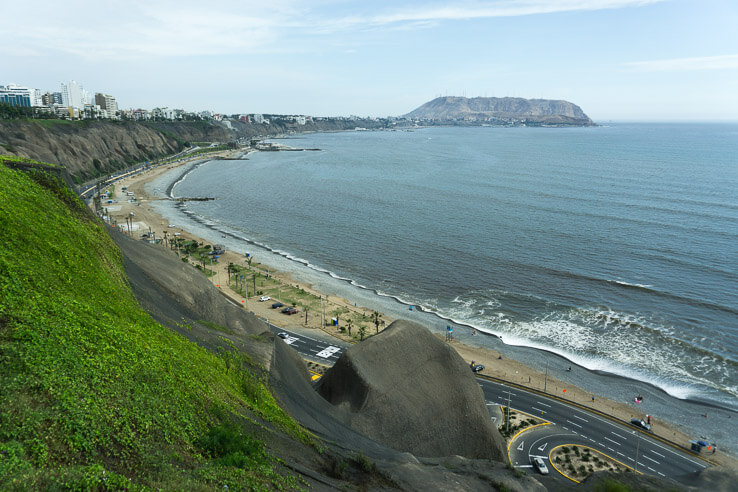 In Peru, on the other hand, we’ve visited capital Lima only for a few days and then visited Huaraz in the Cordillera Blanca – paradise for outdoor adventures. It was nice and warm, even though Huaraz is 3000m above sea level.

Swimming in a lagoon with fluorescent plankton, Isla Grande, Colombia

On a tiny island Isla Grande, there is a lagoon in which you can swim any time of the day. What makes it special is the fluorescent plankton you see at night. It had to be really dark but when we jumped in, the plankton was glowing in blue colour. I’ve never seen anything like that – it was pitch black around us, just fluorescent plankton around our bodies as we swam.

While we were adjusting to high altitude in Bogota (2640m) before heading to Peruvian Andes, we’ve visited La Chorrera – the biggest waterfall in Colombia. It was a pleasant hike through Colombian countryside ending with a refreshing spray from the waterfall. 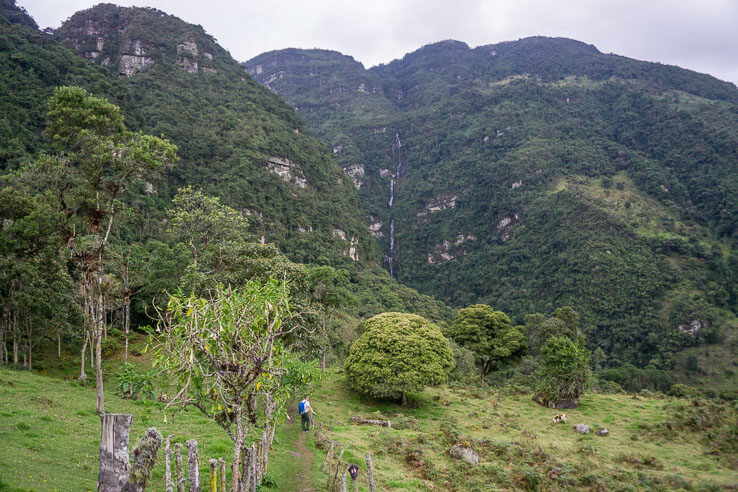 One of the most beautiful hikes in Peru’s Cordillera Blanca is Laguna 69. It is considered an acclimatisation hike because it’s at 4650m, and is usually done before a longer trek. It was a 20 km trek with stunning views all day long. 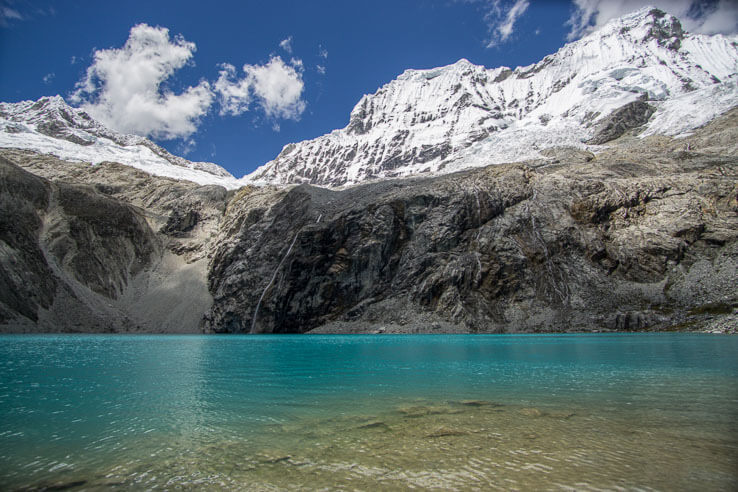 This trek is the most popular in the area. During 4 days, we hiked 50 km and crossed the mountain pass Punta Union at 4750m. Since we hiked during offseason, we haven’t met many people along the way, which is always a plus. 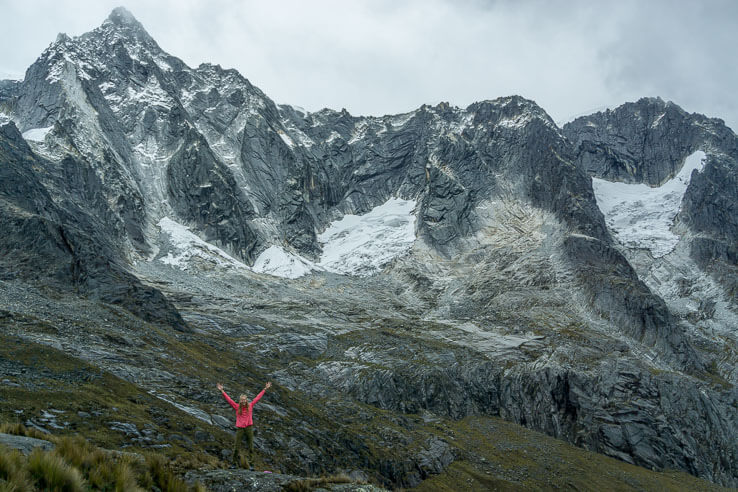 Our most unexpected adventure so far. I’ve never would have thought that me and Michal (who suffers from vertigo at heights) would come up with mountaineering. There were some parts during the climb, where it was a bit scary and we were sweating more than normal. But we were accompanied by a professional guide and made it to the top of Mateo Peak 5150m. It’s the highest point we’ve ever been at and the experience we will never forget. 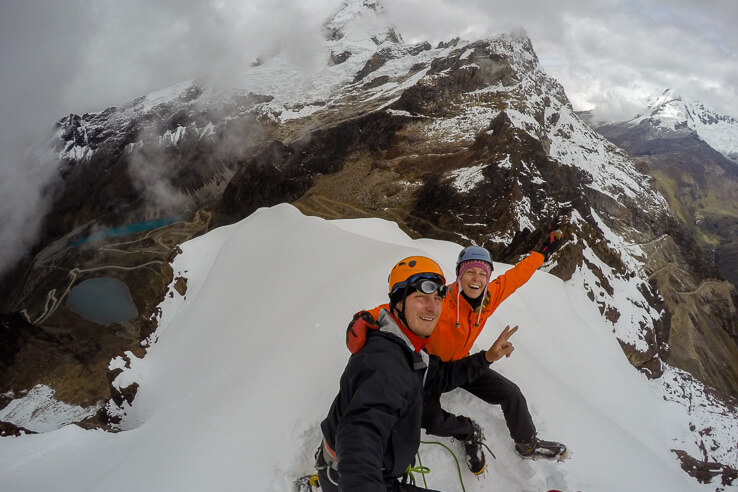 This is the scariest canyon I’ve ever seen. And we went to see it on a bike. We biked only one way, it was mostly flat or downhill, but the huge canyon below us and rocky wall above us made us feel very tiny.

We biked through 35 one way tunnels with no light at all and hoped there won’t be a car coming the opposite direction. 40 km took us 4 hours because of a number of stops we had to enjoy the view. It was one of the best things we’ve done in Peru. 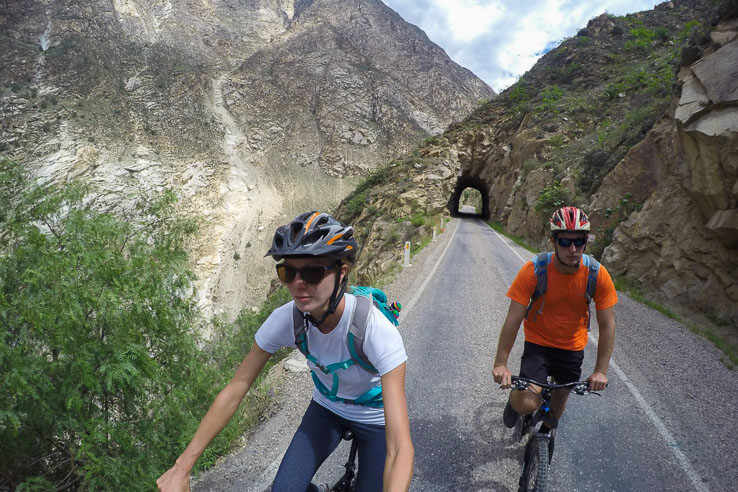 Cartagena is a colonial walled city with nice colourful buildings in the city centre. It was designated a UNESCO World Heritage Site. But other than walking in downtown where many street sellers are trying to convince you to buy a souvenir from them, there is nothing else. 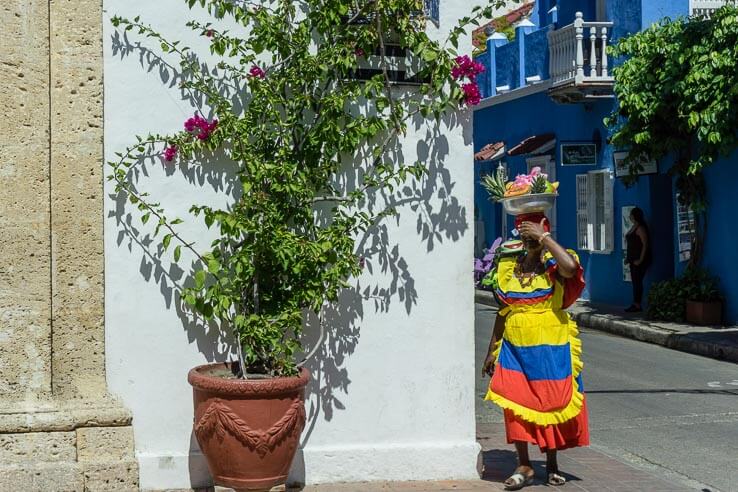 Isla Grande – the Caribbean island itself is not a place I would visit again. There is only one tiny beach where all visitors of the island can go. And you need to catch a place on the sand with many day visitors from the mainland. Other than swimming with fluorescent plankton as described above, there is nothing special about this place. There are many other Caribbean islands that can be called paradise – for example Little Corn Island in Nicaragua. 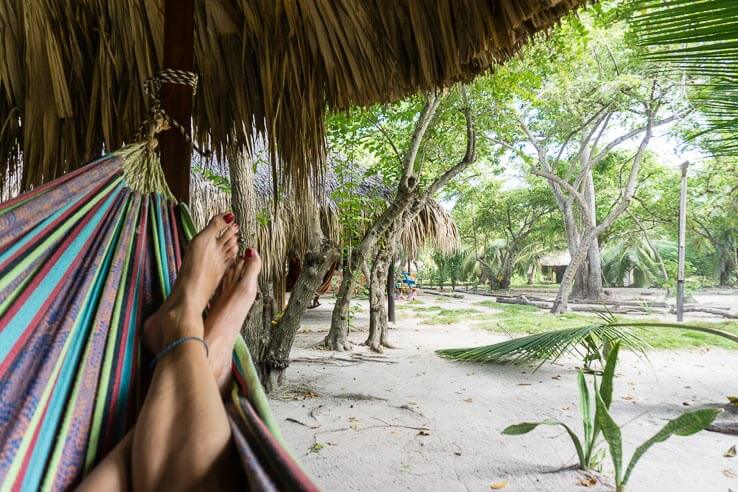 Stay tuned for our February round up – it will include stories from the rest of Peru and Bolivia.