Month 3 recap of our RTW trip 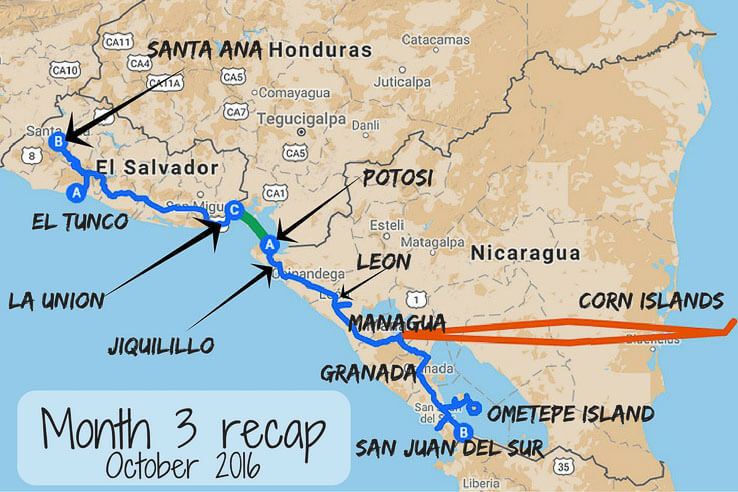 We’ve visited our most favourite countries of Central America during the 3rd month of our trip around the world – El Salvador and Nicaragua (and Panama in November). And we would definitely like to return there in the future.

After arriving from Guatemala, El Salvador was a huge shock. El Salvador is more developed. They have actual paved roads, cleaner streets, and much friendlier people. Plus, whenever we asked a price of something we wanted to buy, we got the same price as locals. In Guatemala, 99% of times they wanted to charge us more as tourists – even for 1 apple.

In Nicaragua, we found the same friendly people as were in El Salvador. This country has everything – volcanoes, lakes, colonial cities and a piece of paradise on the Caribbean coast. I could spend months there and it would cost me very little money. 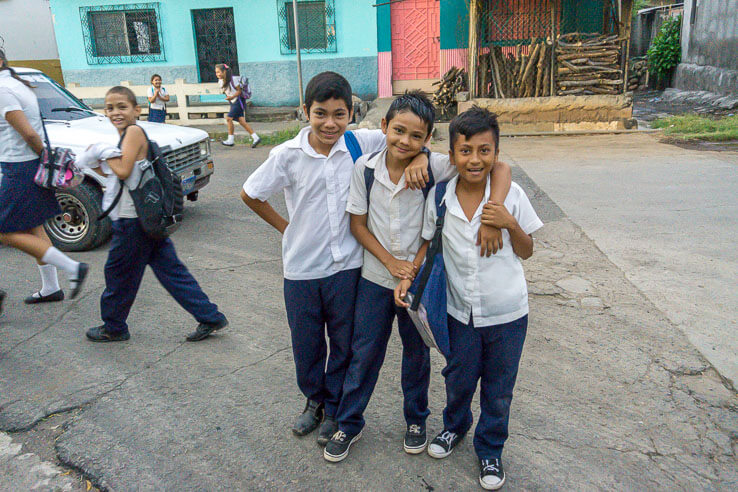 these boys asked me to take their picture, aren’t they adorable?

Slept in: 3 beds in El Salvador, 10 beds in Nicaragua

The strangest and funniest situation: we were probably the only tourists in La Union, El Salvador and Potosi, Nicaragua. These are little towns which don’t get much attention from travelers. We crossed from El Salvador to Nicaragua by boat and spent in both towns 2,5 days. We met a lot of curious and lovely people. It was very helpful that we speak Spanish.

The most interesting wildlife situations: releasing newborn turtles into the ocean in Jiquilillo, Nicaragua and chasing a shark in the Caribbean sea near Little Corn Island, Nicaragua

We were glad to go off the well-visited tourist path of El Tunco and visit this volcano. Blue colour of the lake is unbelievable and it was also the cheapest hike we’ve ever had (apart from free hikes). 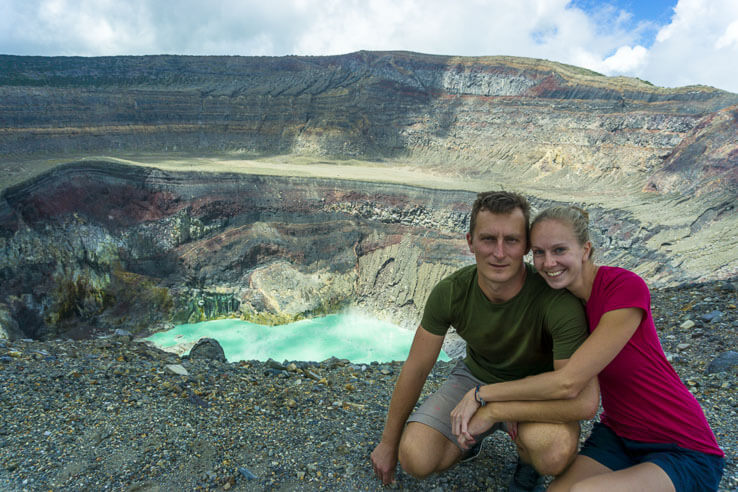 We took a boat through the former pirate waters of Gulf of Fonseca. And saw all 3 countries at once – El Salvador, Honduras & Nicaragua. 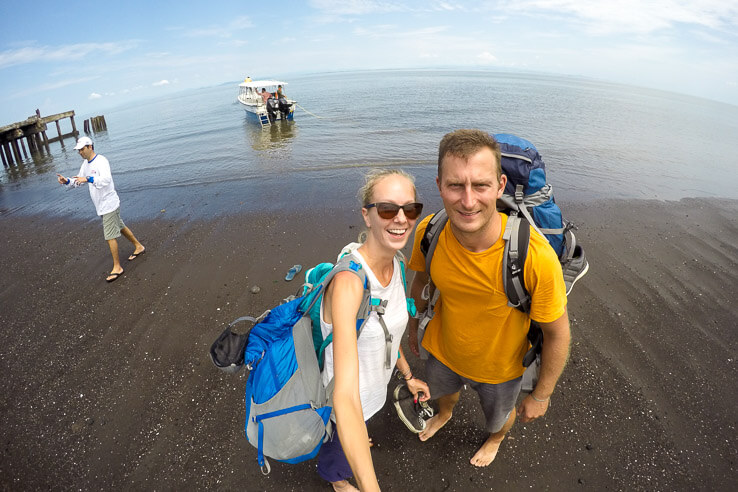 How we stepped foot on Nicaraguan land

It was a very tough climb because of the heat and humidity but pleasant because of the shade in the jungle. What makes it worth it was the most beautiful view we’ve seen. 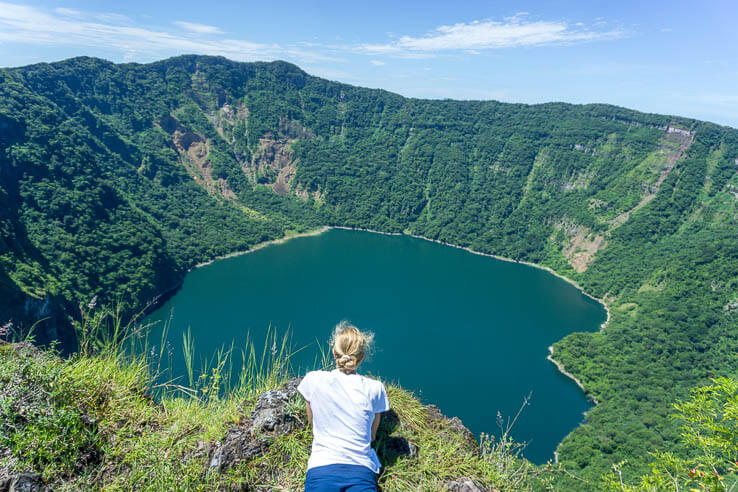 We stayed in a hut few steps from the beach, shared the beach with only 3 other surfers and improved our surfing skills. 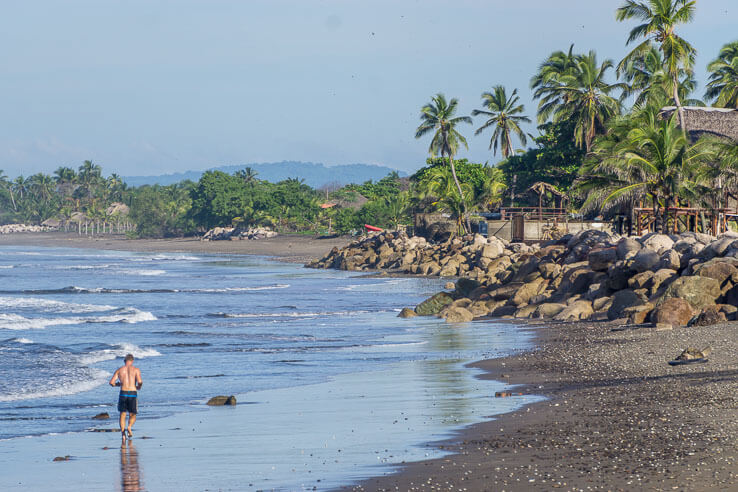 Sledding down the Cerro Negro volcano

Yes, your read that right. It amazes me what they can come up with. It was as much fun as we hoped it would be. 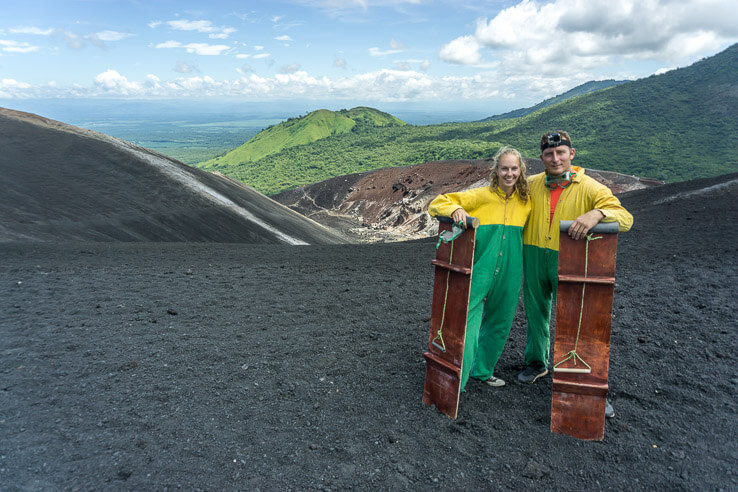 Air and water temperature is the same. Sometimes I didn’t know if I’m walking on sand or in the sea. Snorkeling with a shark was a cherry on top of it. 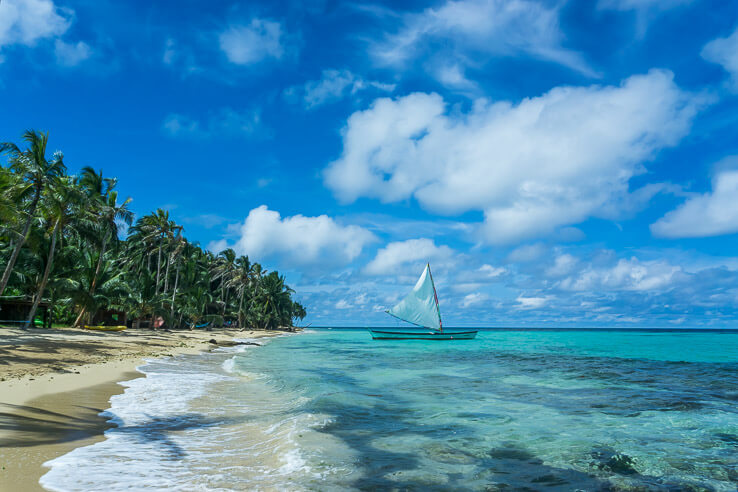 We hiked the Maderas volcano, swam in its crater lake, raced with kids while biking around the volcano and it was the first time we tried driving a moped. This is a not-to-be-missed place in Nicaragua. 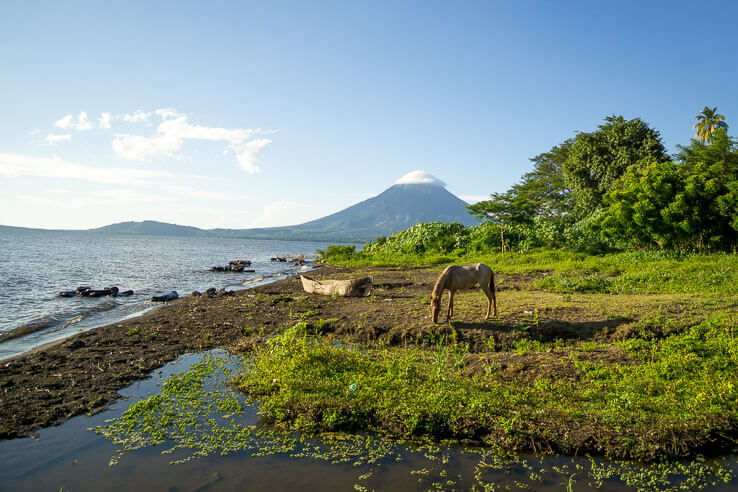 A lot of travelers come here so we wanted to see what the hype is all about. It’s a party beach frequented by surfers. All entrances to the beach were secured with ramps and guards, it felt like we are stuck in a hotel resort. The beach in September is a rocky beach, it is almost impossible to walk along the shore. 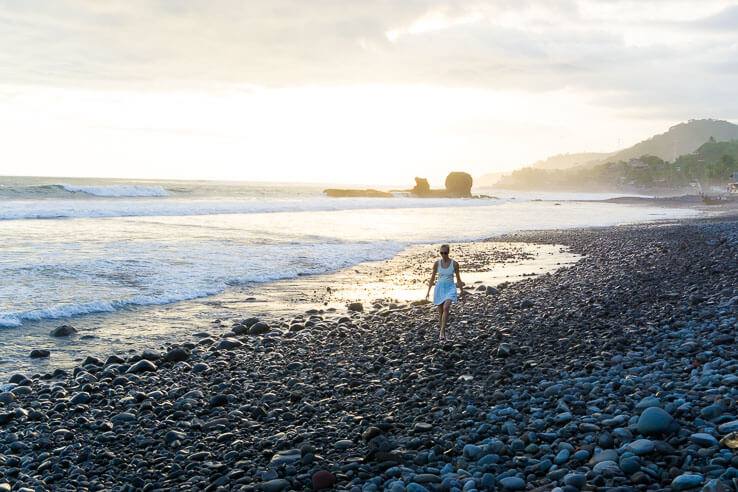 Most people visit the Bay Islands in the Caribbean but that’s another party place we weren’t really into. We aim for places where we can see the real country with its locals, not a tourist hubs filled with bars.

We were interested in the western part of Honduras and wanted to hike a volcano. Since it would require a lot of time to make a stop there, we researched online if it’s even possible. And found zero information. Even the Tourism board of Honduras couldn’t help us.

It all ended up well because we could cross from El Salvador to Nicaragua by boat which was amazing (as you can read in the highlights). 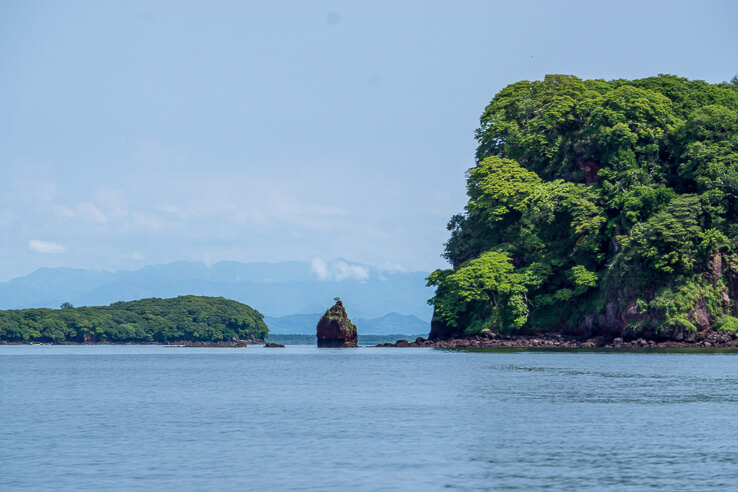 Another tourist hub which is also the most expensive place in Nicaragua. More expensive than Little Corn Islands in the Caribbean which is considered twice as expensive as the mainland. This town has few streets filled up with bars. Many tour agencies are run by Americans who ask for twice as much money for tours as they do anywhere else in Nicaragua.

Read our recap of Month 4

Any of the above places caught your eye? Where would you like to go? Or where have you been? Tell us!