Month 4 recap of our RTW trip 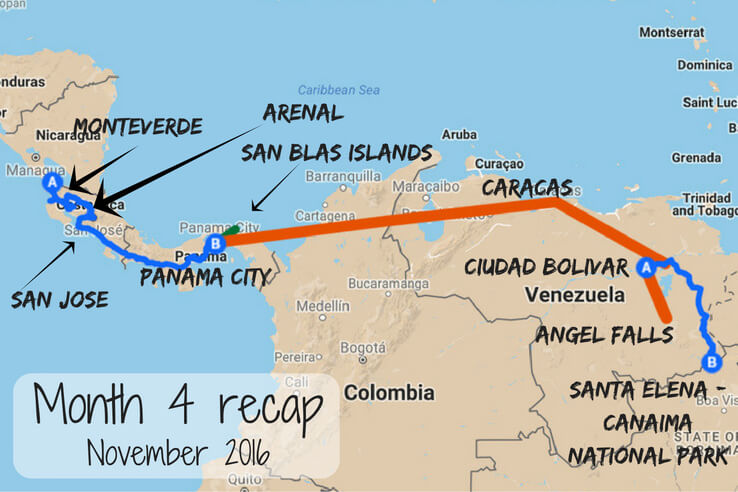 Costa Rica and Panama are very similar with one big difference. Costa Rica is more expensive and almost felt like being in the USA – how places look, what kind of tourists visit the country and what language we heard most often.

Panama surprised us with lovely people and beautiful capital city. Both the modern part and historical part were pleasant to walk around. Many people shouted at us “Welcome to Panama”! on the street.

And the best spontaneous decision ever was to visit Venezuela. Despite having an economic crisis in the country, we felt safe and welcomed. And nature..aaaah…the most beautiful we’ve ever seen. You will see a lot of pictures from Canaima national park.

Slept in: 5 beds in Costa Rica, 2 beds in Panama, 4 beds in Venezuela

My mom (Maya) backpacking with us

After 2 weeks in Nicaragua, we moved to Costa Rica for a week with my mom. We’ve hiked the volcano, bathed in a hot volcanic river and saw some crazy creatures in Costa Rican jungle – tarantula being the biggest hit. 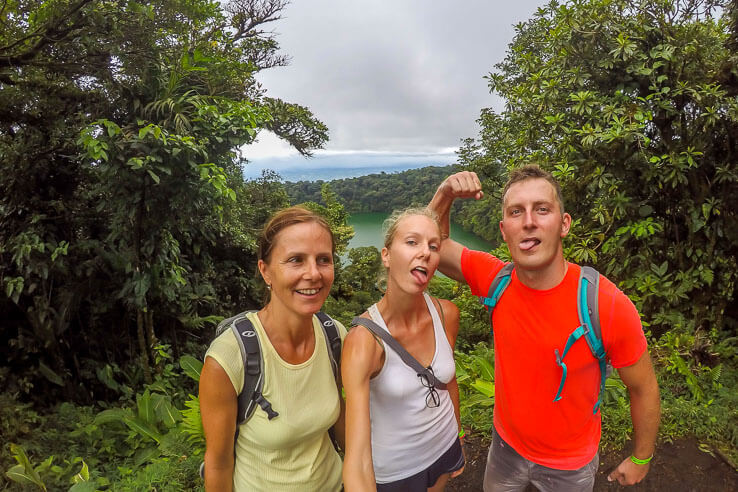 This was the only tour that was worth the money in Costa Rica. We’ve visited Monteverde Butterfly Gardens and not only got to release newborn butterflies but also learnt a lot about them and other creatures from the jungle. 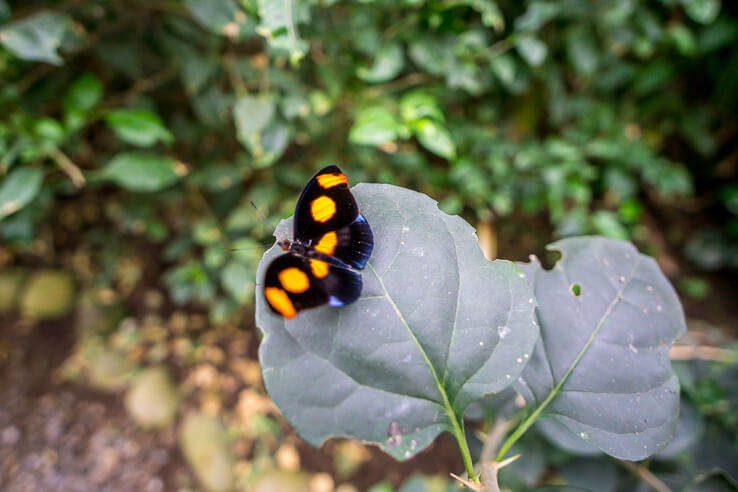 After few hours spending in the hot volcanic river, we’ve waited until dark when all the frogs become loud, took a head torch and started searching the leafs and following the sounds. 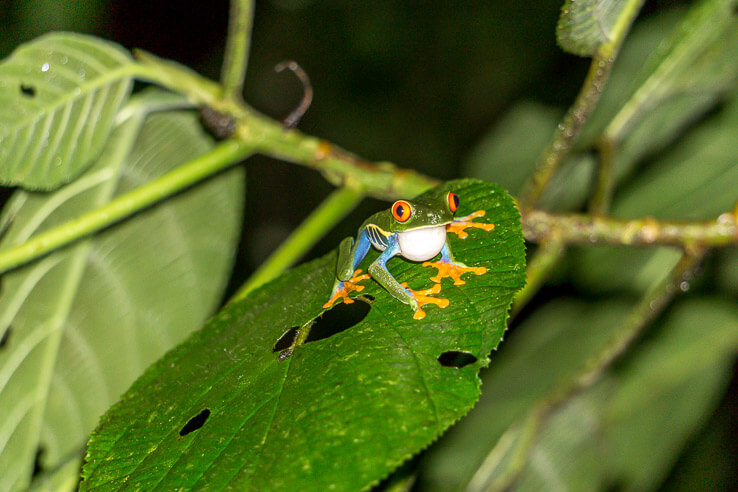 It felt so good to be back on the bike. We’ve rented one gear city bikes and went for a ride from Panama City downtown, through the old town Panama Viejo to the Panama Bay where ships were waiting to go through Panama Canal. 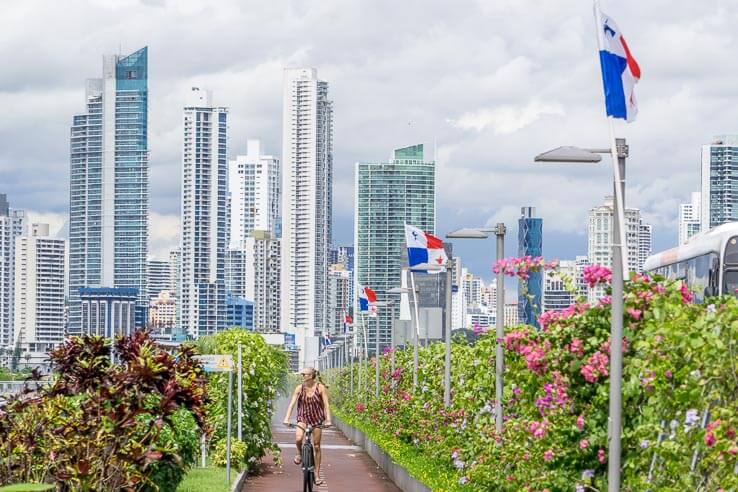 We’ve always wanted to see the Panama Canal. And not only you can do that from a nearby museum, you can go on a boat through the canal! So we splurged on ourselves and booked a tour. Worth every penny.

Just 2 days after we’ve visited, one of the most expensive (US military) ship in the got stuck in the canal. We safely sailed through with another tour boat and 1 huge cargo boat. 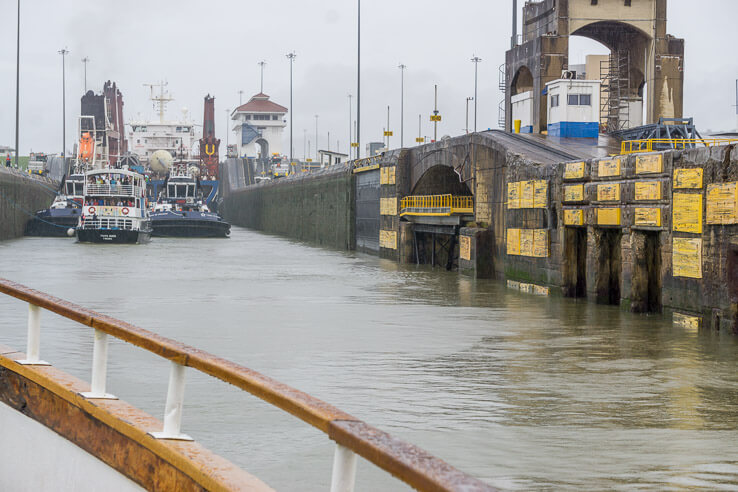 This is crazy. The value of Venezuelan bolivar is devaluating so much..we exchanged 100 USD and got a full bag of money. Three weeks later, this pile would have been twice as big. We had to carry full pockets of money just to buy a beer. 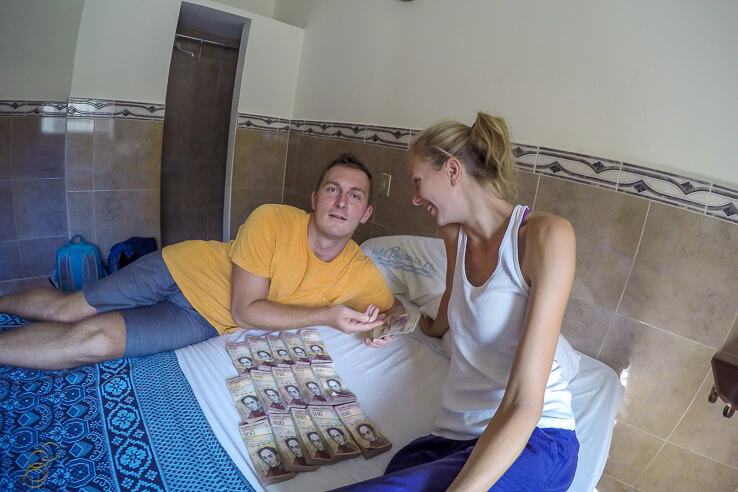 No words necessary, just look at the picture. 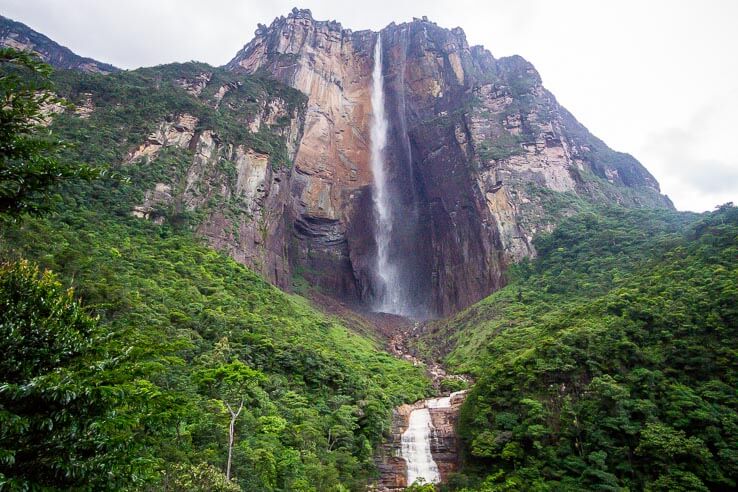 The second part of the trip to Angel Falls was visiting the lagoon and surrounding waterfalls. Walking behind a waterfall was a cherry on top. 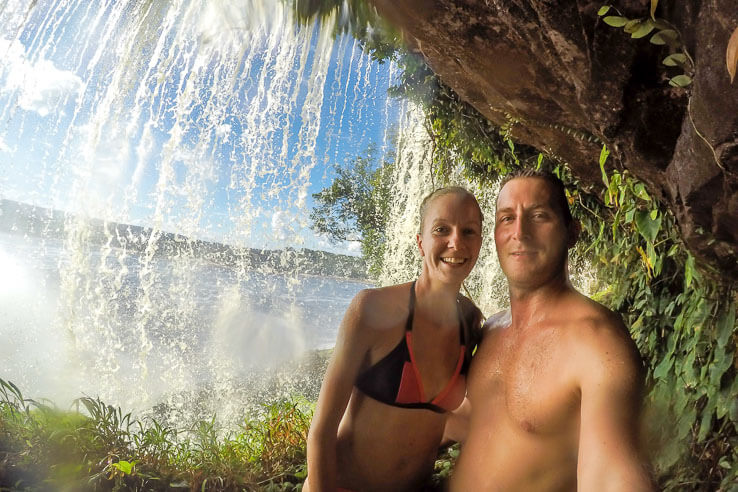 Costa Rican jungles are beautiful and the fact that Costa Rica is expensive is no news. What struck me the most was that it was absolutely not worth the money. Paying 15$ just to see a waterfall? Then another 15$ for a 5km hike? Thanks but no.

San Blas Islands are Caribbean paradise. We spent almost 2 days on an island around 200m long without internet and living in a hut with sandy floors. But then the tropical storm Otto arrived and it was no longer safe to stay. The boat ride back to the mainland was very bumpy and we were all soaked. In 12 hours, 2 meters of the island were washed away. 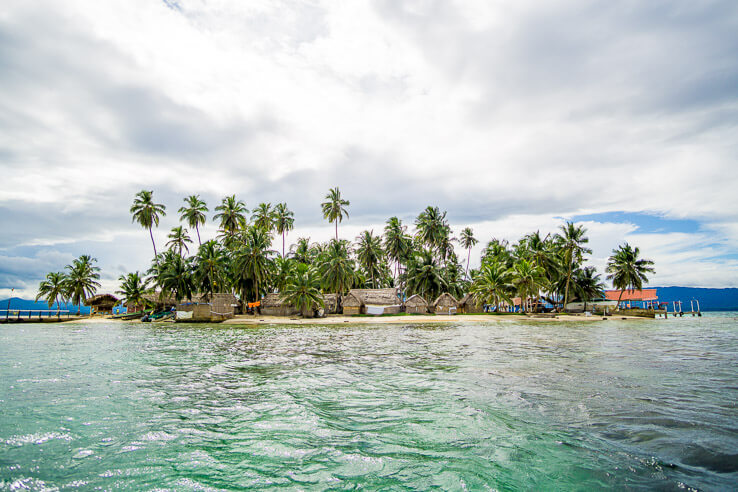 Friendly macaw parrot climbed on Michal’s fingers. Then he climbed onto mine. And then that freak started pecking his beak into my hand. It was very painful and also traumatic experience. I no longer like parrots. I had bandages on my hand for days and it hurt every time I moved my fingers. A lovely lady from the hotel told us way too late that he just doesn’t like girls. 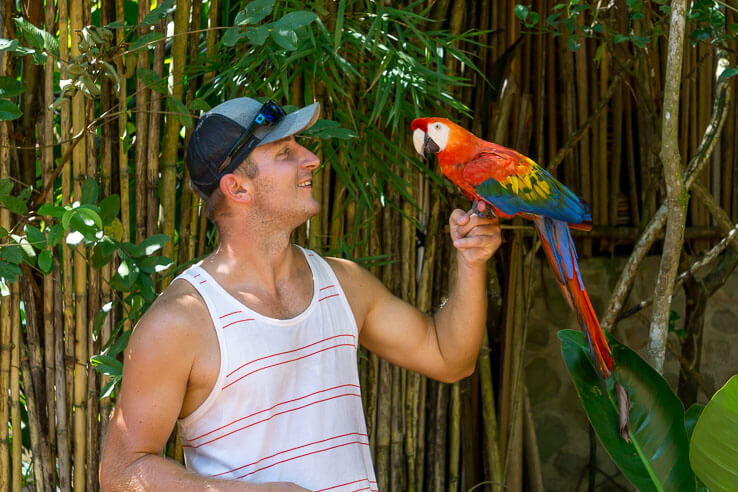