I got bit by a sea lion

While it’s common to hear about shark attacks, snake bites, or horse kicks, I’ve never heard of anything related to sea lions—even though they’ve been branded with the ferocious-sounding moniker “lion.” And yet, we’ve met some daring sea lions living off the Peruvian Coast on Palomino Island. Biting sea lions might sound like a terrible experience, but was it really? 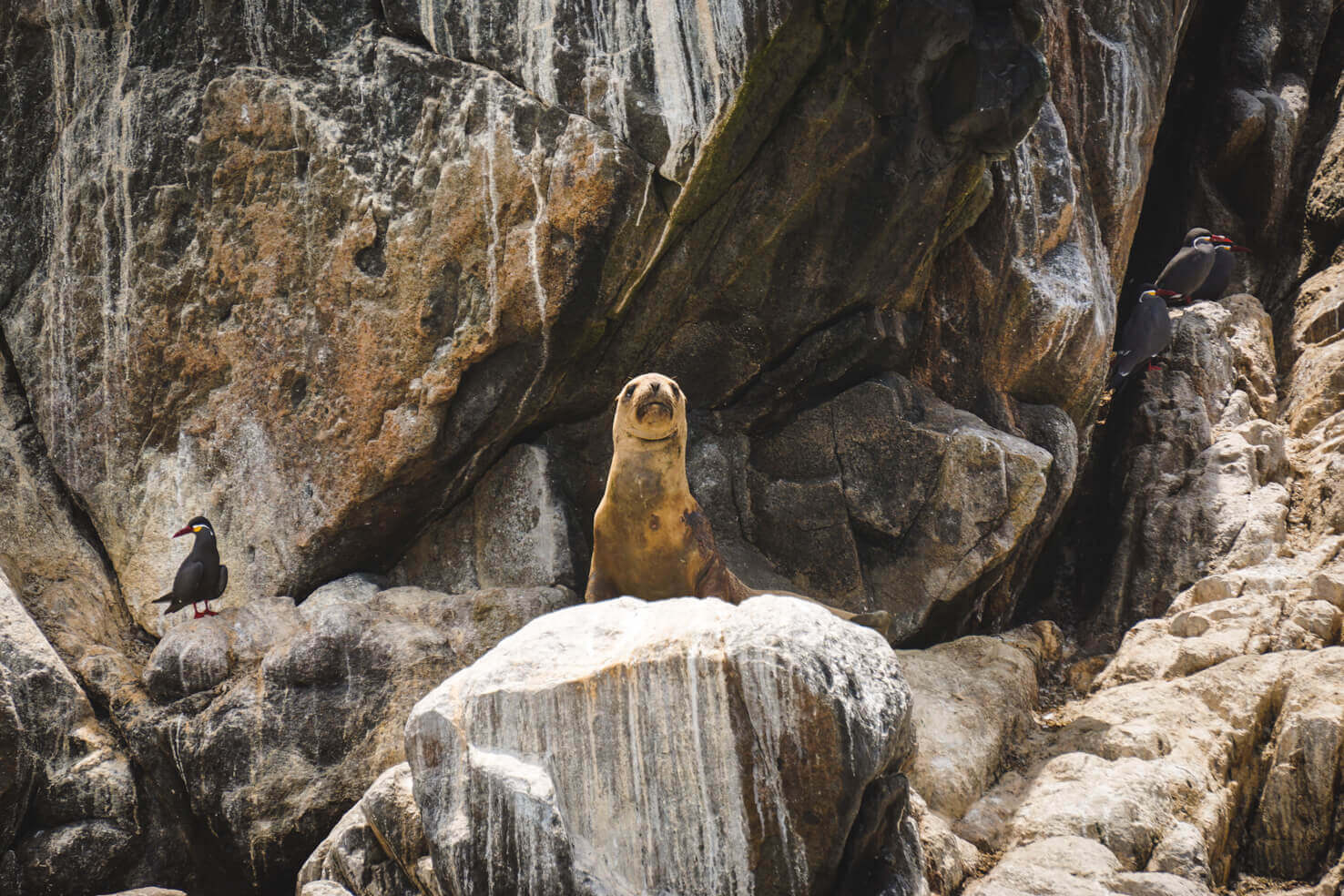 Wildlife encounters are one of my most cherished memories from any destination. I always felt in tune with nature when seeing animals in their natural habitat, watching them play, take care of each other, and go about their day.

My boyfriend Michal and I had signed up to see adorable baby sea lions. Did I know sea lions bite? No, I didn’t. Did I want to get bit by one? No. But am I glad it happened? Kind of. 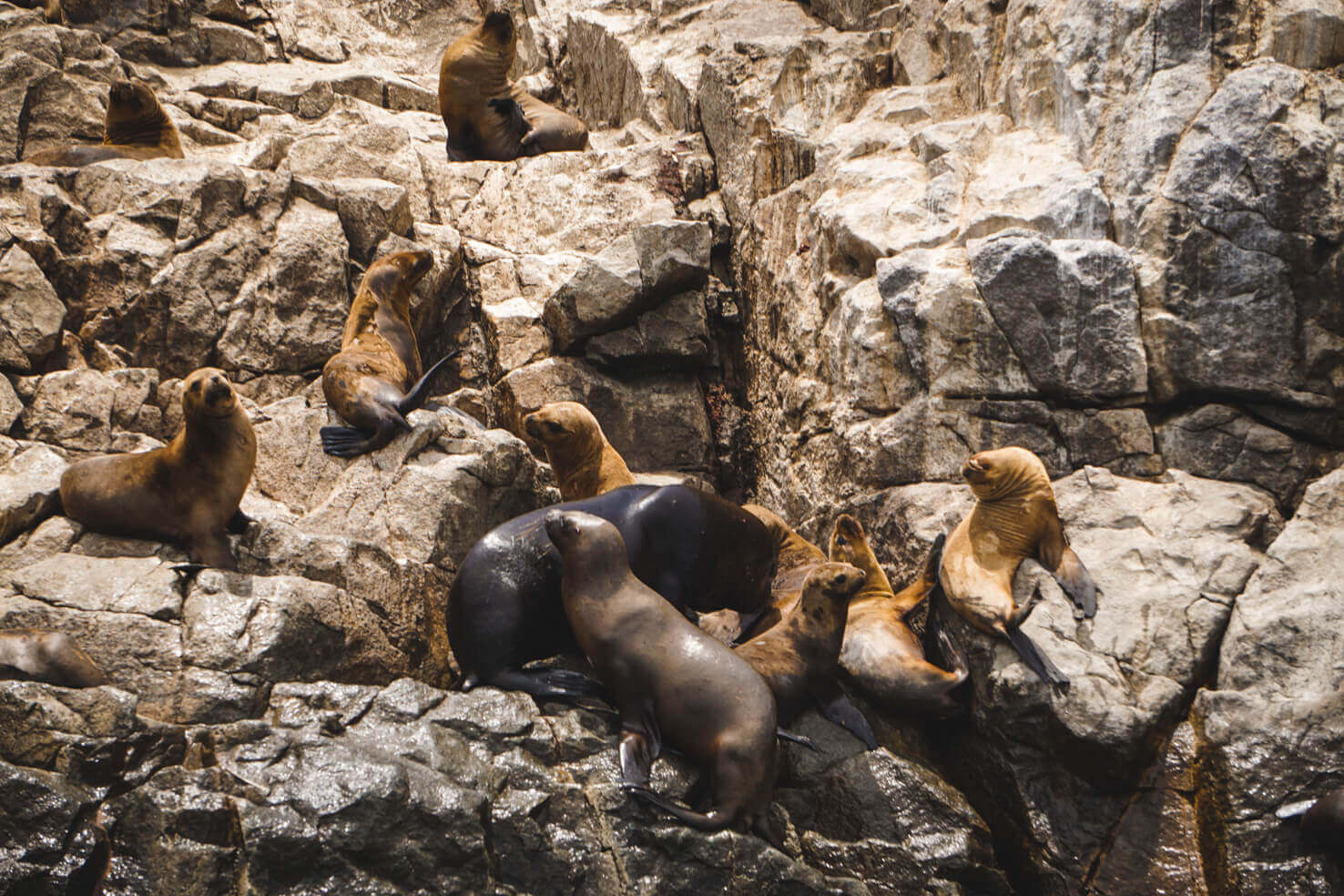 Our taxi driver was speeding through capital Lima leaving dust and sand clouds behind as we headed to the port. Lima was built on a desert, and because we’ve been staying here for a few weeks, we’ve become used to the sand.

A local travel agency offered boat tours to a nearby island to see penguins and sea lions, and we jumped at a chance to see any wildlife we could. After a short introduction at the agency, all passengers boarded a speed boat. There were about 15 of us, including a guide and a captain.

The heat of the morning was even more unbearable when we put on the life jackets on our sweaty bodies. As we sailed away, the boat’s speed gave us some much-needed wind to cool down. 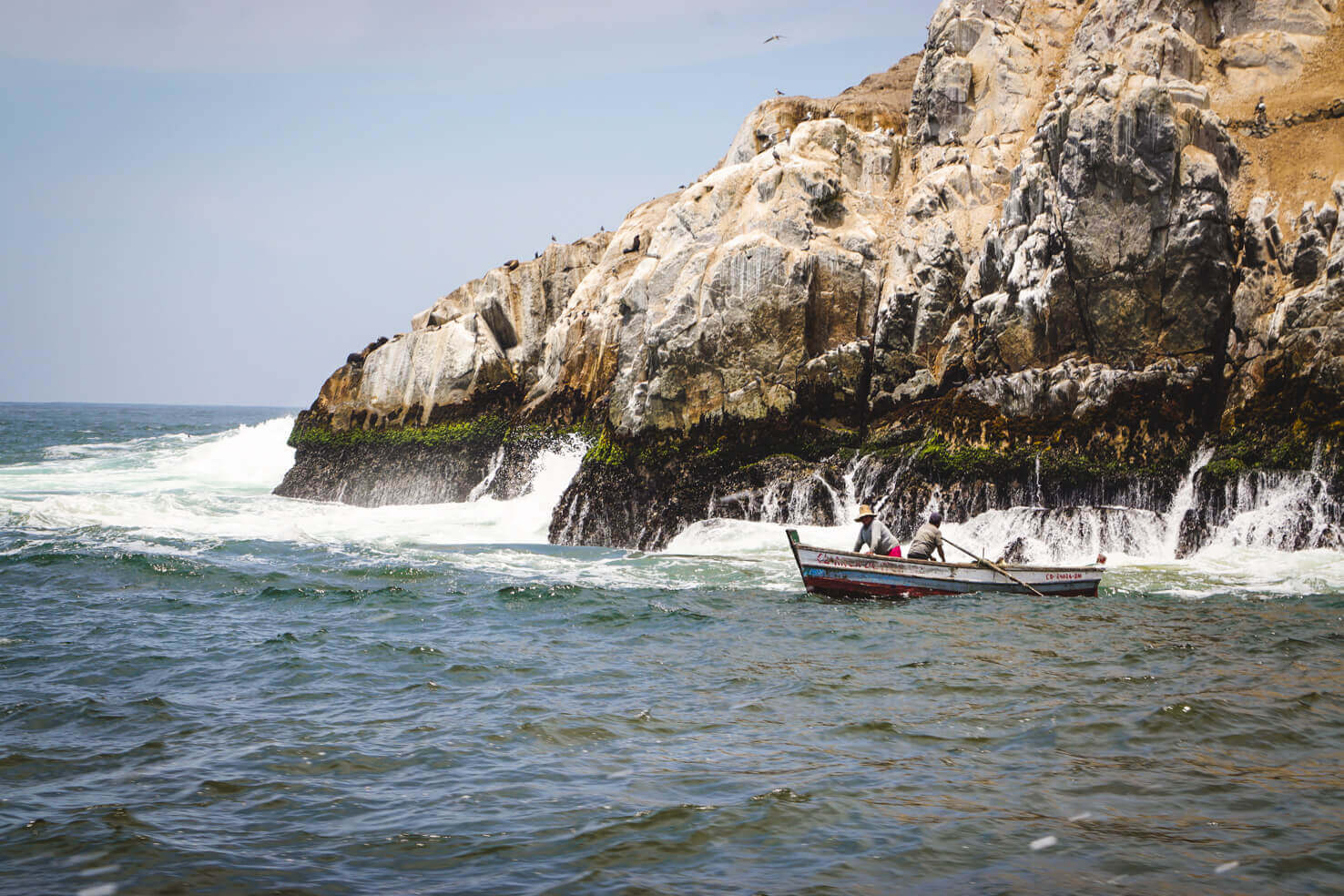 Our guide pointed at several small islands we were passing, made of sand. One of them had a military base, and another one was the president’s summer residence. Other than that we only saw fishermen and birds.

After about an hour, we arrived at a small rocky island where the only inhabitants were hundreds of Humboldt penguins and several species of birds. Penguins were happily waddling on the rocky cliffs, and most of the birds seemed to be sleeping. 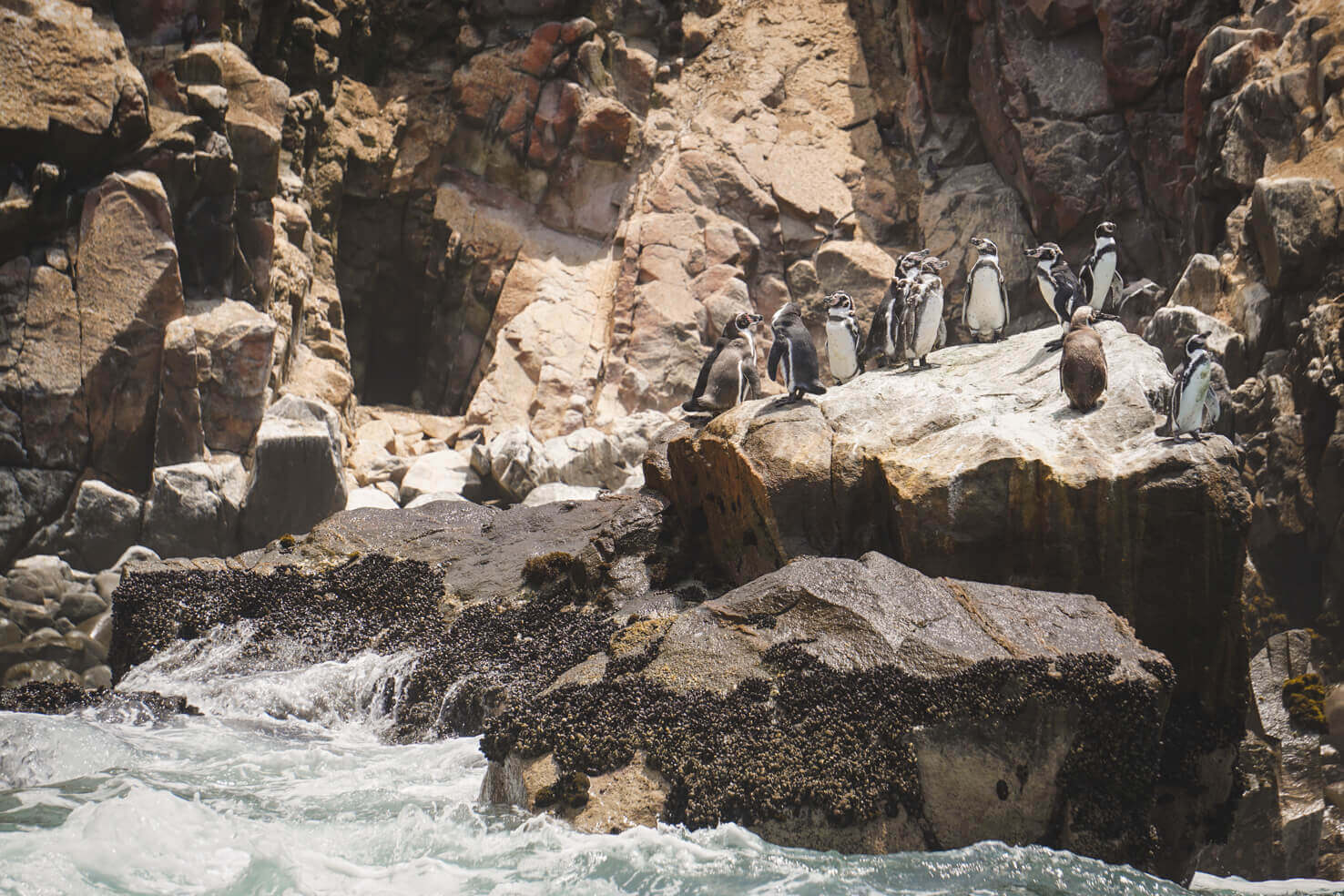 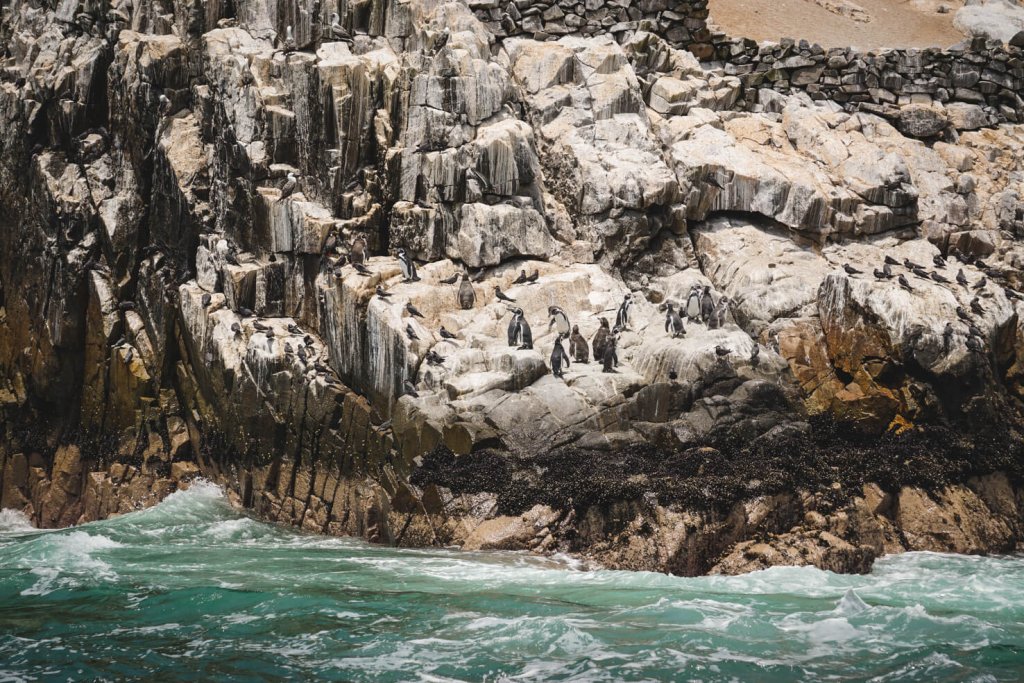 From all the birds our guide identified, I found the Inca Tern the most interesting. From a distance, they were just birds the size of a pigeon with a dark grey body. But what caught my attention the most was their burgundy coloured beak with matching feet, a bright yellow spot behind the beak and a curvy white line across their heads.

The short observation session was interrupted by the loud barking from the neighbouring island. Hundreds and hundreds of sea lions were swimming in the ocean. The remaining hundreds were either sleeping or debating on the rocky shore. We could hardly hear our guide through that noise as we approached the island a bit closer.

The time has come. It was swimming time. 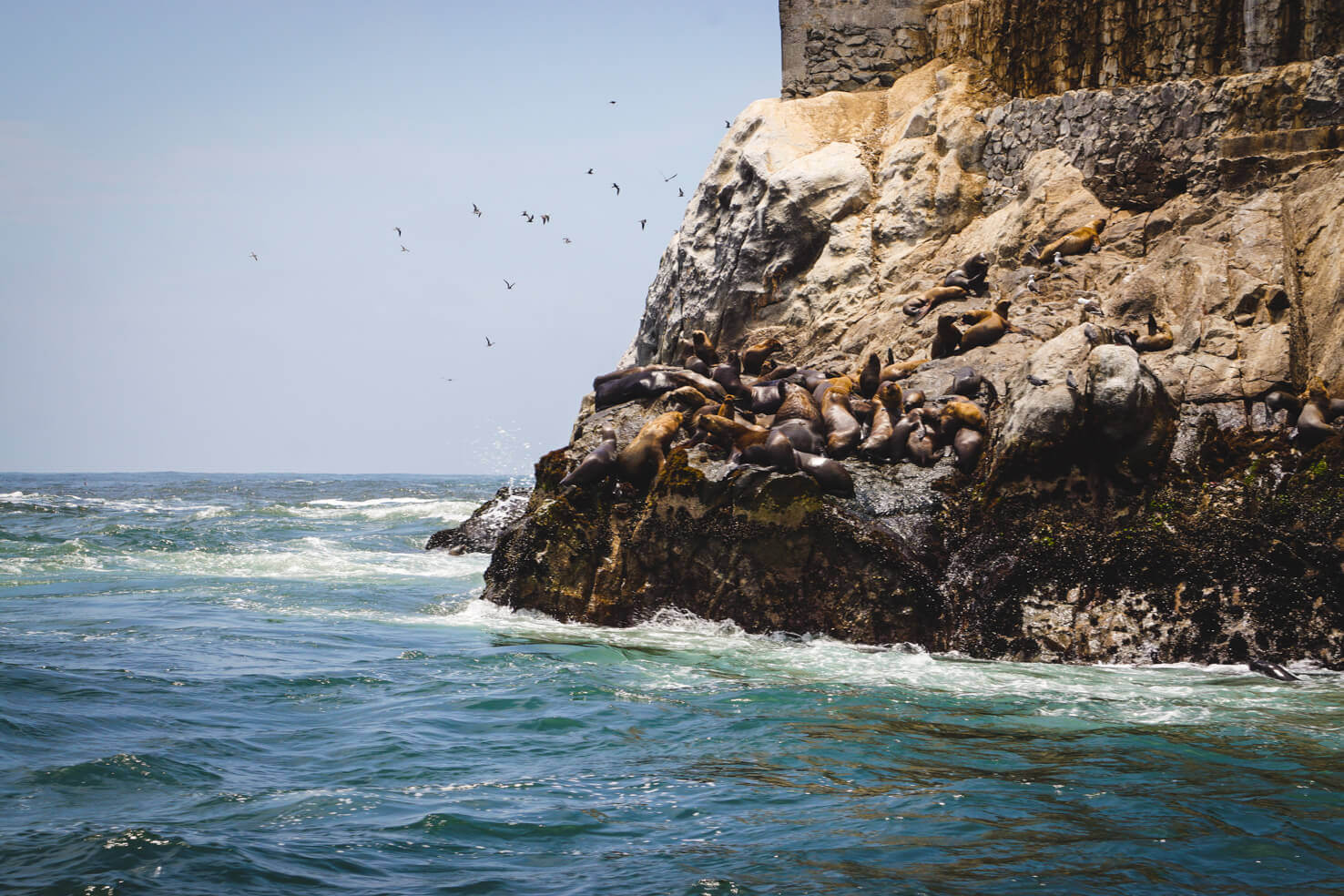 We put on the wetsuits, life jackets on top and jumped off the boat.

The guide strictly instructed us to swim only a few meters from the boat and then float on the spot. We were told not to approach or touch the sea lions. They are wild animals in their home, he reminded us, and we’re just respectful visitors observing from a distance. 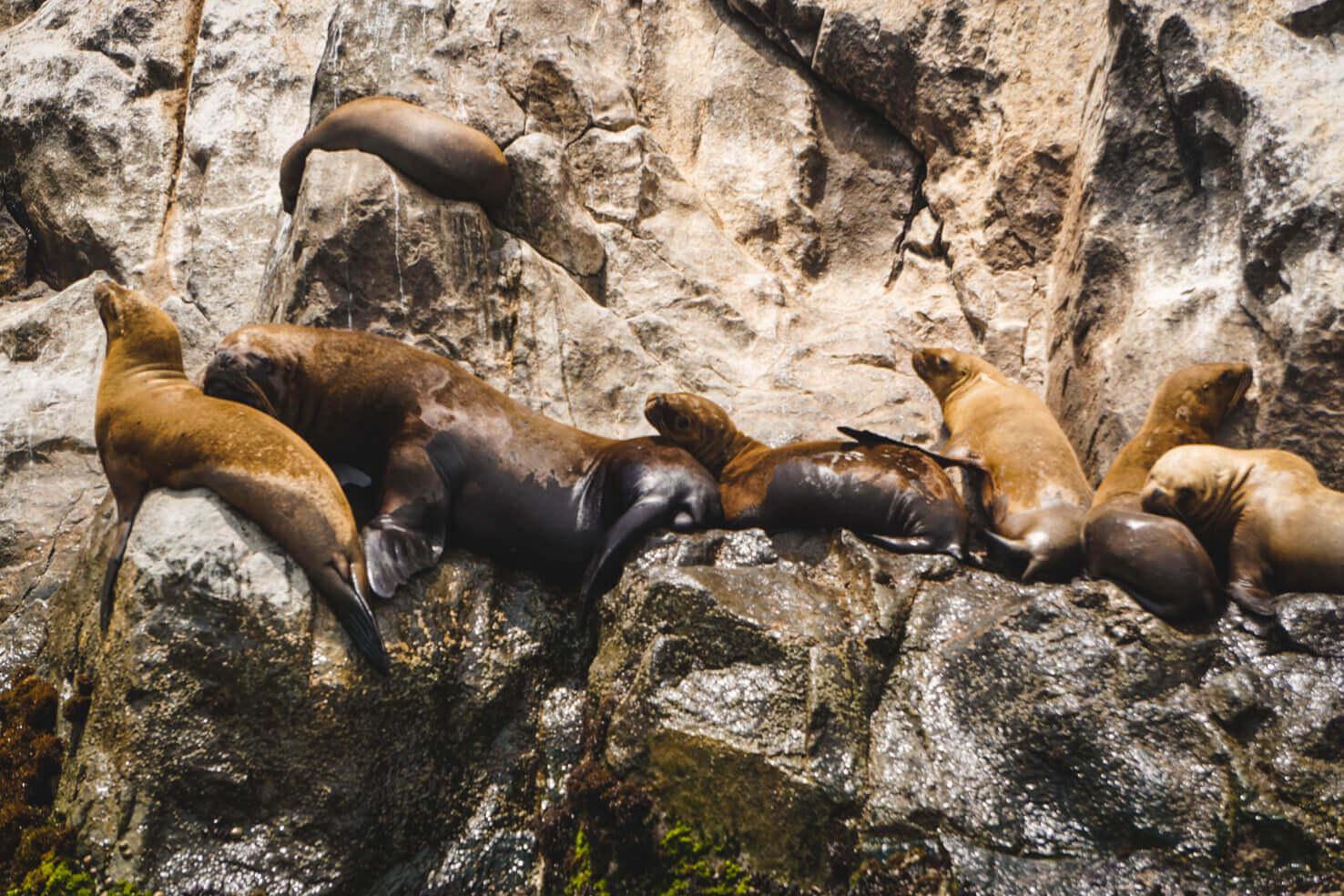 The little ones were the most curious. As soon as we jumped into the ocean, they headed our way. They were swimming incredibly fast around us, underneath us, and occasionally peeked out of the water and stared right at us with their big round eyes, only to disappear under the surface a split second later.

I would guess they were about a meter long and weighed around 50 kilograms. They were just like little curious kids trying to find out who we were and if we could have fun together. As our guide told us, if we wanted to spark their interest and curiosity, we should float on our backs, trying to show our feet above the surface. 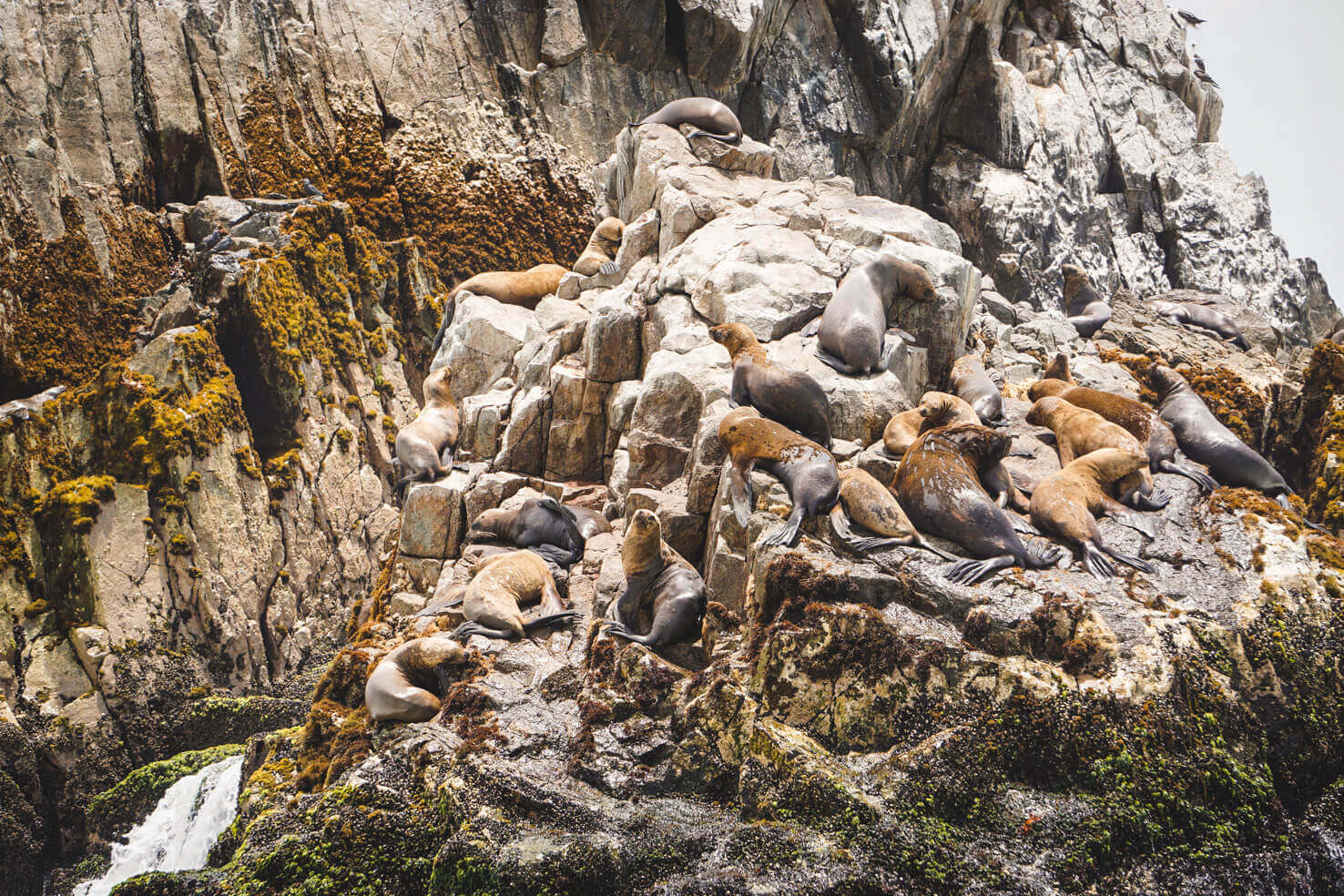 Sure enough, once we’ve done that, a group of about six sea lions approached us. Most of them kept their distance, but a couple of bold explorers started to circle so close I could feel their breath.

While trying to film Michal with a GoPro, I suddenly felt a big hit. It startled me. I almost dropped the camera. After the brief initial shock when I realized it was a sea lion, I started laughing so hard I’m sure I swallowed some saltwater. I was probably in the way of their swimming loop.

And that’s when the biggest shock came. 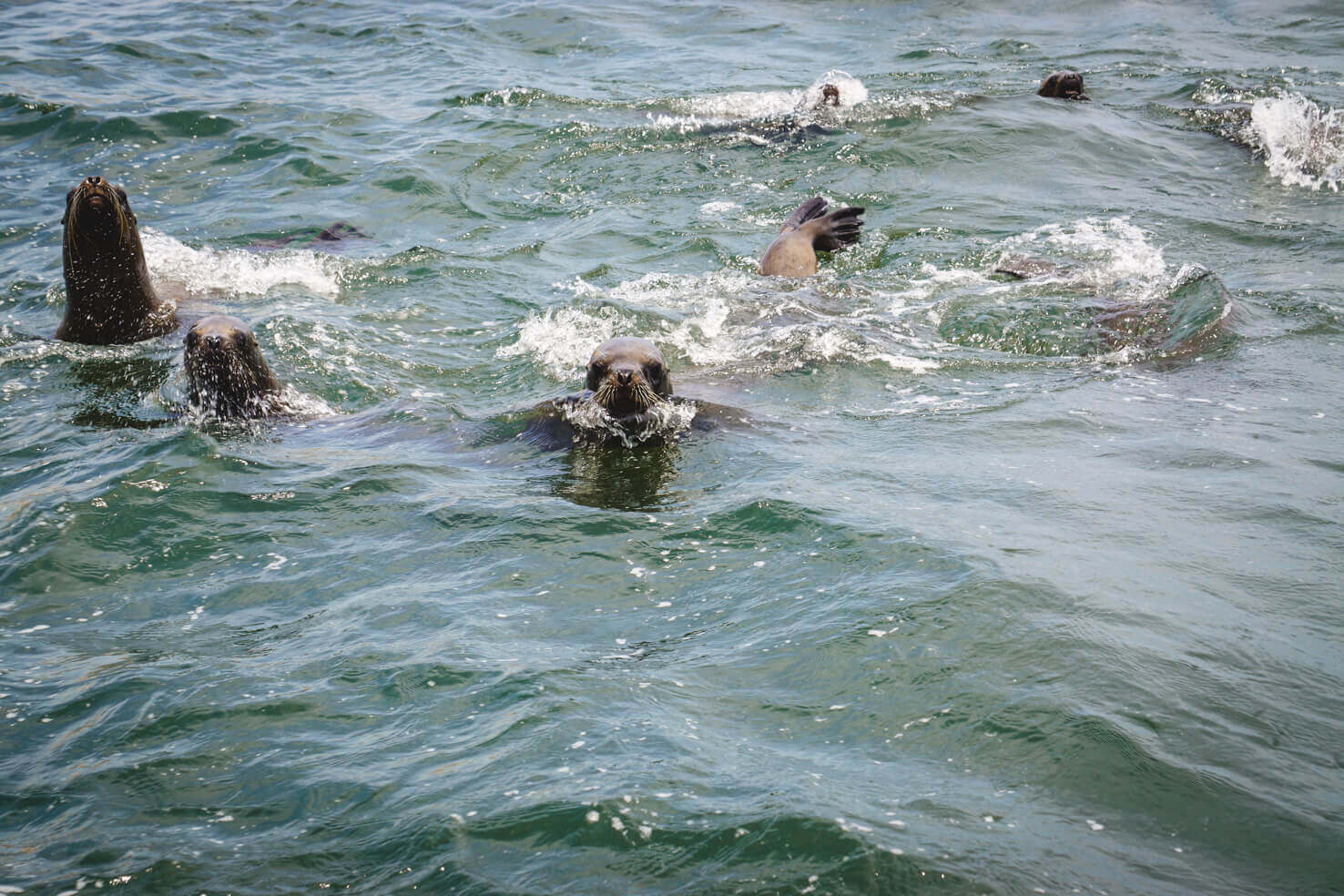 My feet sank a bit while laughing, and I felt a little bite on my toe. I don’t know what young sea lions find interesting in human feet, but it was the most hilarious thing that ever happened to me.

It didn’t even feel like a teeth bite, more like a puppy without teeth who’s just playing around. Our guide confirmed that that’s exactly what they’re doing. They’re playing and tasting everything in the early stages, just like human babies do. 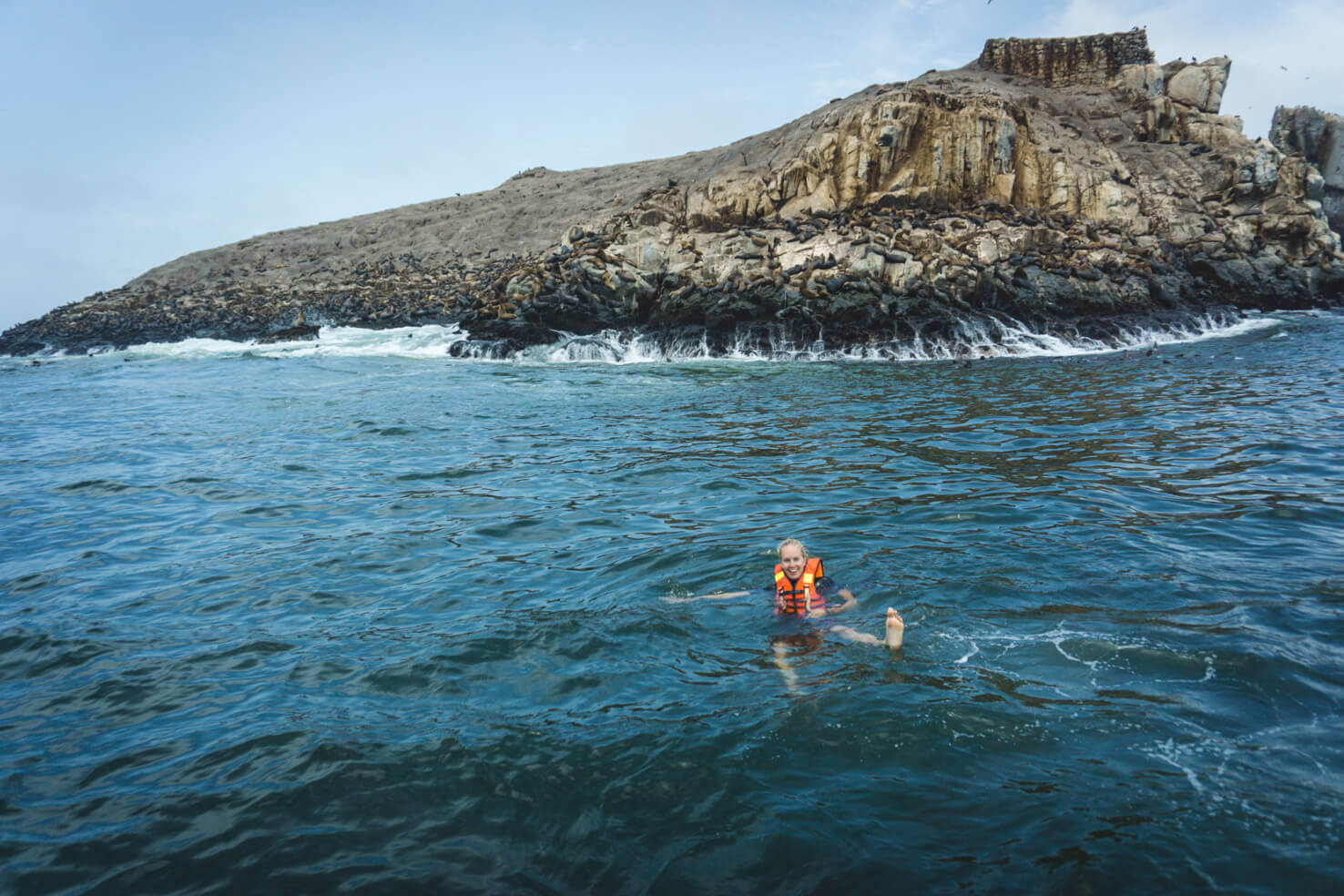 We were only allowed to swim with sea lions for 15 minutes. Once we were heading back to the boat, we turned to say goodbye to these fun little creatures one last time and noticed a huge sea lion swimming slowly towards us. It looked like the big daddy wanted to gather his children. He must have been four times bigger and heavier than the little ones and we didn’t want to mess with him. It was a sign for us to swim a bit faster. 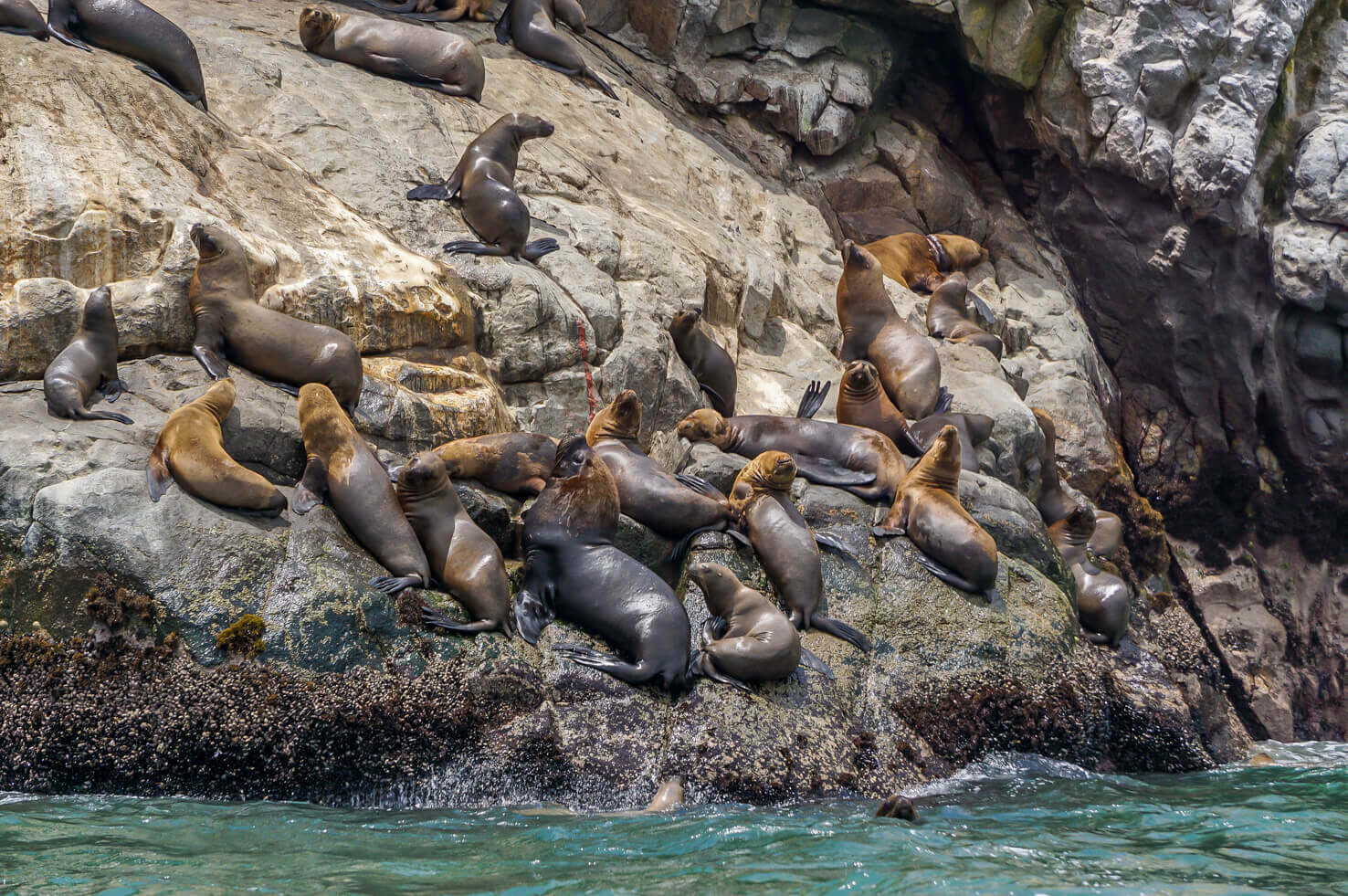 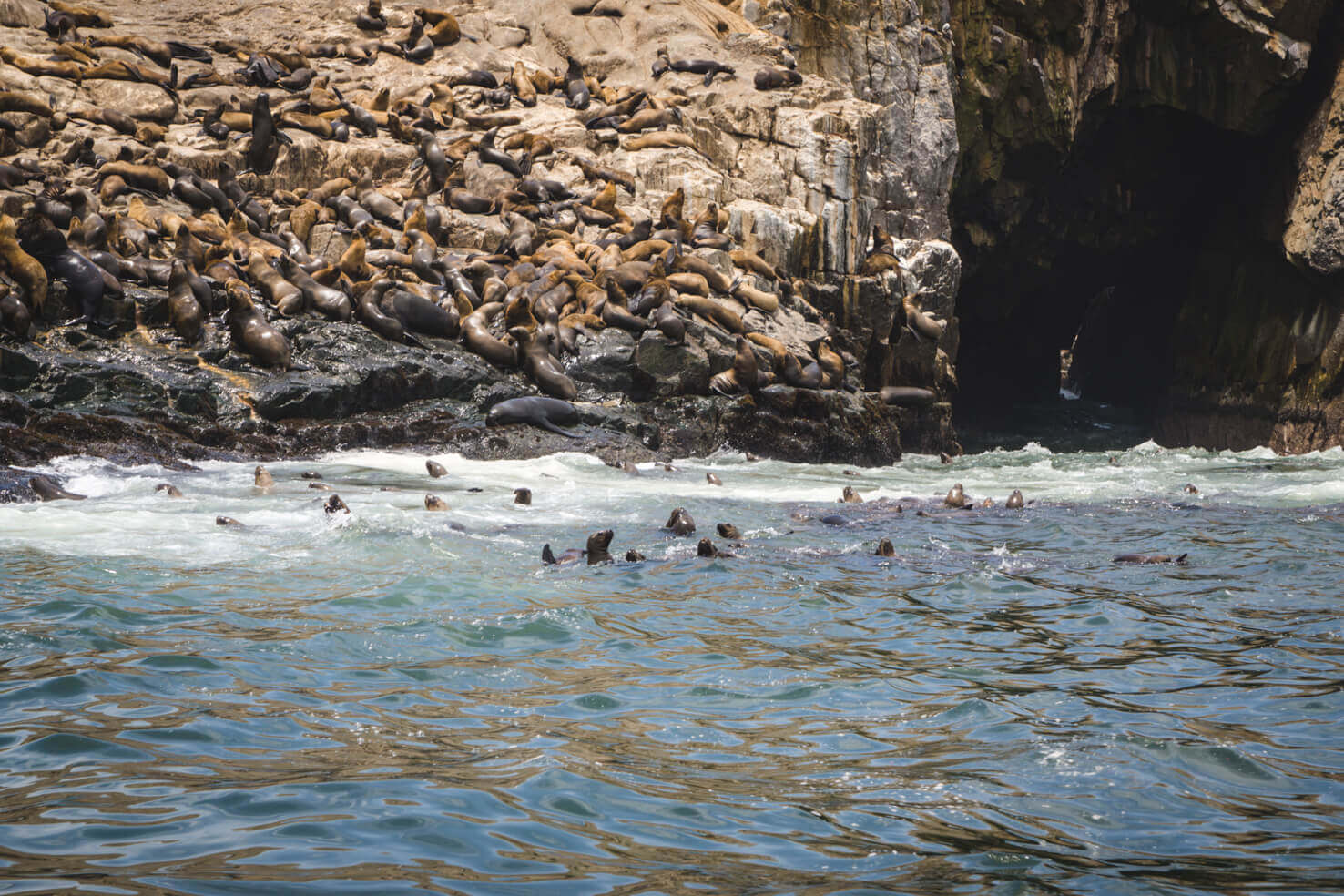 As I undressed the wetsuit, big tears of joy rolled down my cheeks.

It was pure bliss and happiness.

We swam with sea lions.

One little guy even bit me, just for fun.

I will never forget those big eyes looking directly at me from a short personal distance and splashing water in my face.

Now every time I look down at my bare toe, I can only think of those big brown eyes, the whiskers, and that little nibble of a baby sea lion.

This travel story is part of the series Stories from the road. Some stories are shocking, some are funny, and some are sad, but all of them shaped us into who we are today.