Things like New Zealand having more sheep than people or having astounding mountains and nature, in general, is something everybody knows about. What foreigners or short term visitors to New Zealand don’t know is something you usually notice after a longer time spent in the country. After 1 month of living (and few weeks of working) in New Zealand, below is what surprised me most about New Zealand.

Prepare to see some strange and totally new 10 things you didn’t know about New Zealand.  Some of them are my own observations and some are facts I learned when I started working in New Zealand.

One of the very first things I noticed in New Zealand is their love of barefoot life (or dislike of shoes?). And I’m not talking about barefoot walks on the beach. I mean not using shoes during regular daily activities – driving a car, shopping in a grocery store, visiting a clinic.

I’ve noticed way too many people walking barefoot all the time. And the funniest thing is, sometimes they do wear socks, but not shoes. I know, weird.

I won’t be walking barefoot in the supermarket anytime soon, but for barefoot walking outside I’m all in.

It originally comes from China and was named Chinese gooseberry because it reminded people gooseberry flavour. When missionaries brought it to New Zealand, it was renamed to kiwifruit (commonly called kiwi) after their national bird Kiwi for marketing reasons.

Although they call the town of Te Puke “Kiwifruit Capital of the World”, China is the world’s leader in kiwi production.

I know green kiwi, but they also have yellow kiwi which I find is sweeter. And apparently red and purple kiwi also exist.

The National bird of New Zealand is a Kiwi bird. The country is full of them but most people have never seen them in wild. It’s because they sleep during the day and are most active during the night. They are shy animals so if you ever hear them, you still have a small chance of seeing one.

We didn’t know earthquakes are so common here. But when my family we stayed at kept talking about earthquakes, we realized they have them more often than we thought.

New Zealanders feel about 150 earthquakes a year. One hundred and fifty!! Other 15,000 are not felt at all. Almost every hill you see in New Zealand is/was a volcano.

The biggest volcano eruption on Earth for the past 5000 years happened when Taupo volcano erupted, covered the whole country in ash and created Lake Taupo, now very popular area for outdoor sports.

One of the very first things we were told when we moved to New Zealand was to prepare an evacuation plan. Not the most positive thing you hear when you move into a new country.

Because of the many earthquakes, we were advised to prepare an evacuation bag in case we need to leave the house in a rush. It should contain water, food, radio, flashlight, clothing, copies of passports, etc. and most importantly, have an agreed place of where Michal and I should meet if we had to be evacuated from work.

I even received a “grab & go” bag at work which includes a torch with radio, water bottles, emergency blanket, rain poncho etc.

There is no central heating or proper insulation in houses in New Zealand. Yes, you read it right. Right now, the temperature outside is 2C in the morning and 8C in the house. We must have a mobile radiator in the room so we can live there.

In most houses, they have a heat pump (basically AC with hot air) for the living room which is blowing some hot air inside. But with air conditioning, the warmth doesn’t last long when you turn it off.

Usually, when you come home from work, you feel warm in your house. Not in New Zealand. You turn your radiator/AC on and wait till you can take off your jacket (in winter especially).

And people think Canada is cold. Sometimes it might be, but you warm up the second you step inside your house.

Not something you would worry about anywhere else. But in New Zealand, ultraviolet radiation is very strong and affecting people’s health. High UV exposure leads to skin cancer which is a very common occurrence in New Zealand.

Therefore you need to apply sunscreen every day, all year long. Tanning is not recommended in New Zealand.

If New Zealand has its own identity, then I haven’t noticed it yet. It’s like being in England even though we are on the other side of the world. Streets look English, fish & chips fast food is on every corner, cars drive on the left, they talk a lot about what’s going on in the United Kingdom in the news and half of the people I’ve met here are British or Irish.

New Zealanders have one of the funniest English accents I’ve heard. And I heard Irish and Indian people talk. They are simply shifting vowels:

and wait for this one

It sounds hilarious until you realize you don’t understand half of what they’re saying. Try to understand what this guy is talking about.

They are very proud of their heritage, as every country should be. And making sure their aboriginal language is not forgotten is one of the ways to preserve the heritage.

Signs on the streets are written in English and Maori language. Any official document is available in both languages. Children at school learn the Maori language.

Want to learn something?

Have you learned something new? Do you have anything to add? 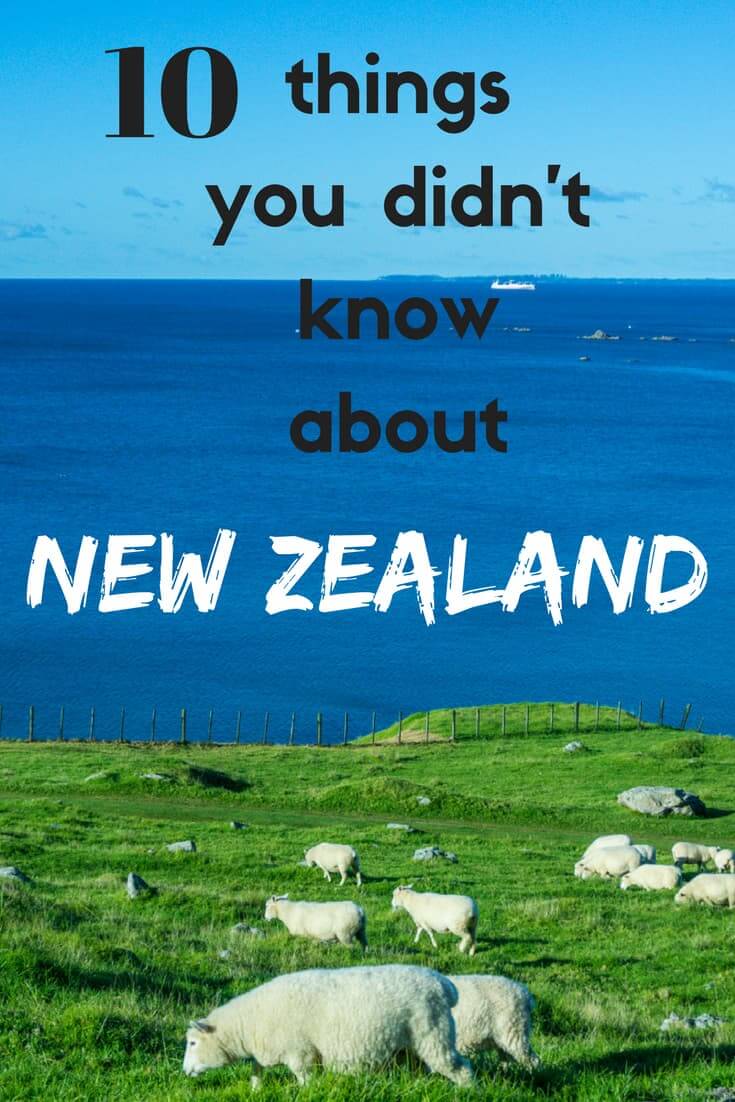