Month 9 recap of our trip around the world 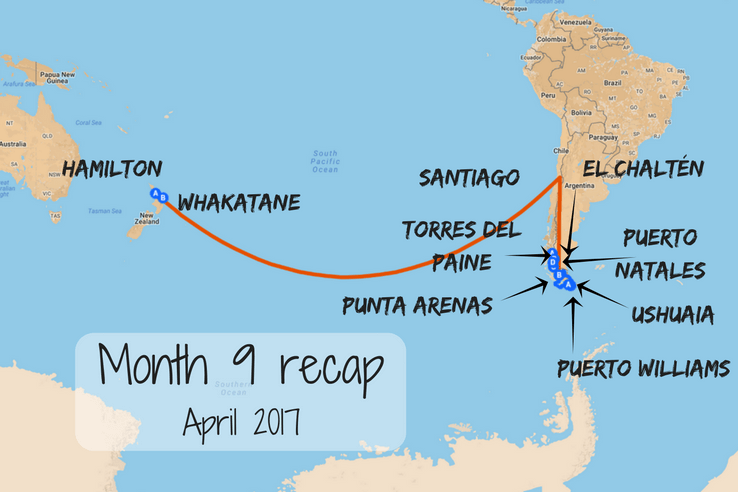 Chile, Argentina and New Zealand – that is how our 9th month of a trip around the world looked like.

It was an exhausting month when we trekked a lot, were cold quite often, made new friends, visited the end of the world, got engaged and changed continents!

We’ve spent most of the time on the southern tip of the South American continent. Our time here was getting to an end so we’ve tried to see as much as we could. 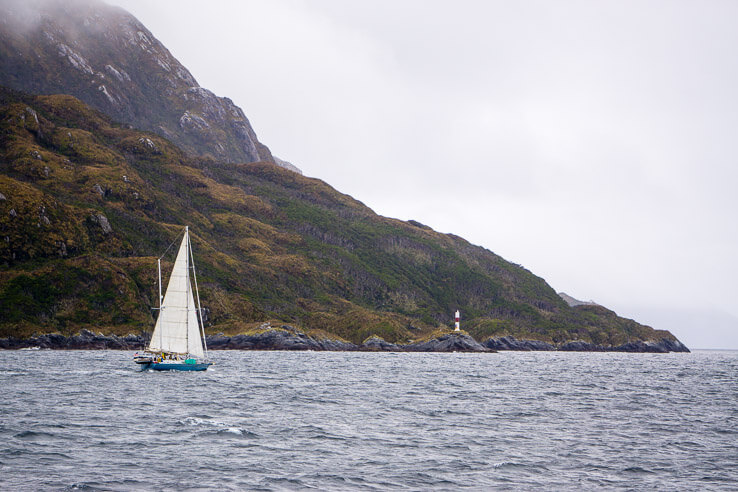 After visiting the huge Perito Moreno glacier in El Calafate, Argentina, we continued to the most famous park in Patagonia, Torres del Paine. And after our 5-day trek, we caught a bus to Punta Arenas and then our ferry to Puerto Wiliams, Chile – the southernmost city in the world. This was technically the end of our trip in South America as we reached the end of the world.

Of course, we wanted to see what all the fuss is about in Ushuaia, which they falsely claim themselves to be the southernmost city in the world. It’s not worth visiting – read below in Lowlights.

We were happy to fly to Santiago to warm up after all the cold nights (and days) in Patagonia. We said goodbye to South America and were warmly welcomed in New Zealand by my family.

We had a very good experience hitchhiking across Patagonia in Chile and Argentina. The most memorable (and longest) ride was with Paula, Michiel and their adorable son Nils from Netherlands. 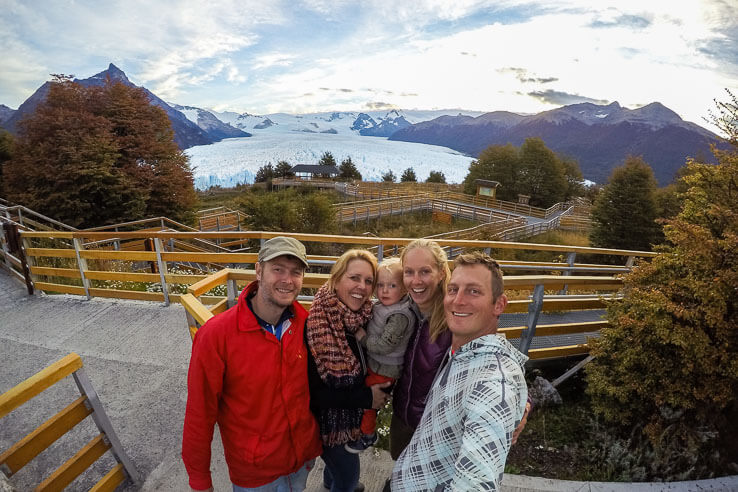 Not that we haven’t seen enough glaciers and mountains so far, but this park is a real highlight of Chilean Patagonia. It was fairly easy, although carrying a heavy backpack around is not really our thing. I wish there could be a bike trail but that is never going to happen, there are thousands of people visiting every year. 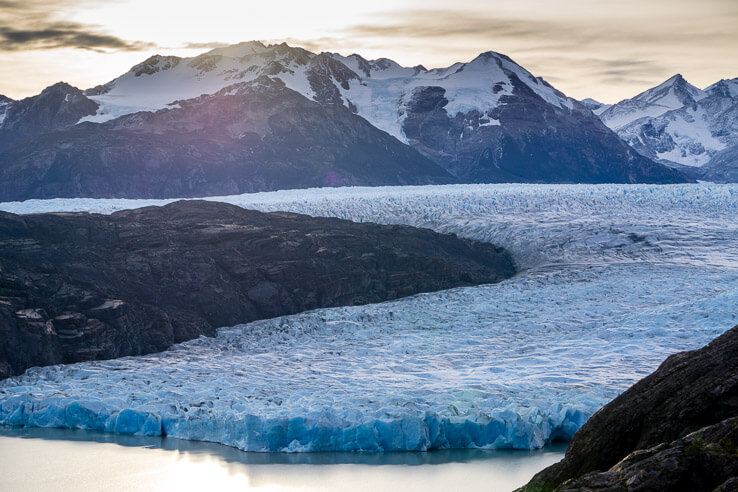 Visiting The end of the world, Chile

Puerto Williams in Chile is a really small city, with a population of 2900, but carries a big honour of being the southernmost city in the world. We took a 33 hours ferry down here.

It looks exactly how I pictured the end of the world would look like. Not much going on in the city, only a few hostels, restaurants and shops. 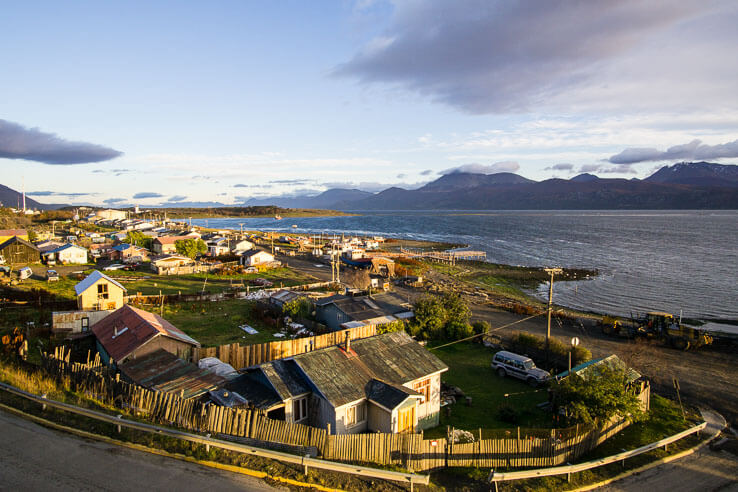 There is no better place for engagement than the end of the world – it looks like Michal thought this. It felt as private as it could have been. We were looking at “Teeth of Navarino” mountains with nobody around us. 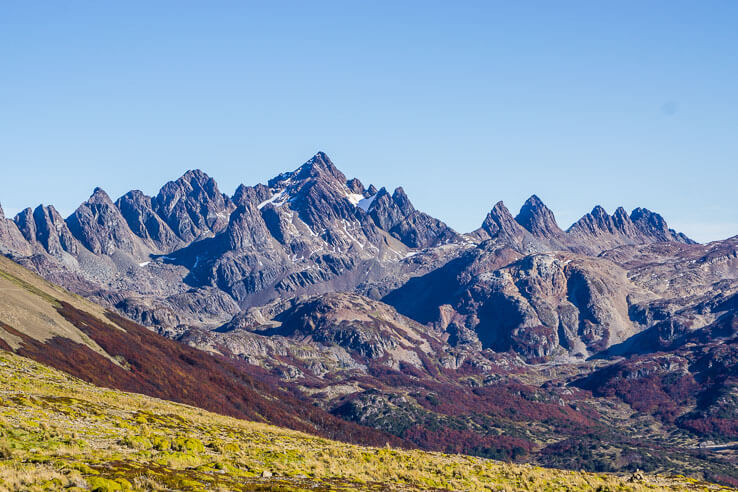 This was the first time when we arrived at a new destination that we were greeted by family. We couldn’t ask for a warmer welcome. They are showing us around and gladly answering our endless questions about life in New Zealand. 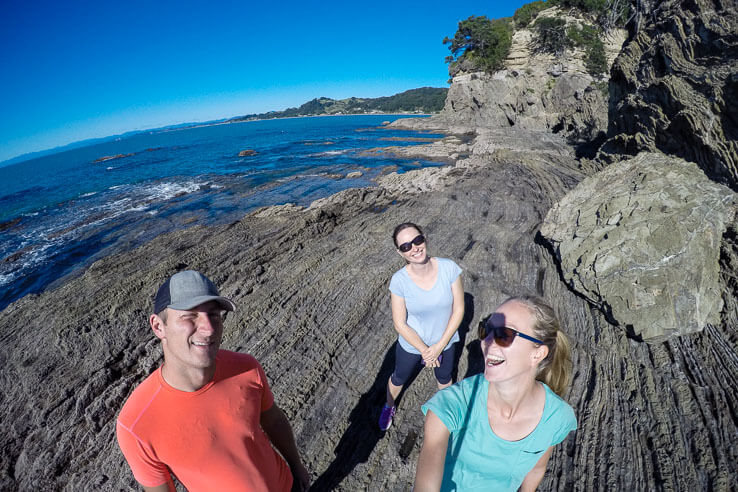 The town itself is very crowded, full of tourist agencies, gift shops and restaurants. Not that it’s wrong, but the prices they charge are somewhat ridiculous (and incomparable to better prices and same service in Chile) I’d say. Few examples: 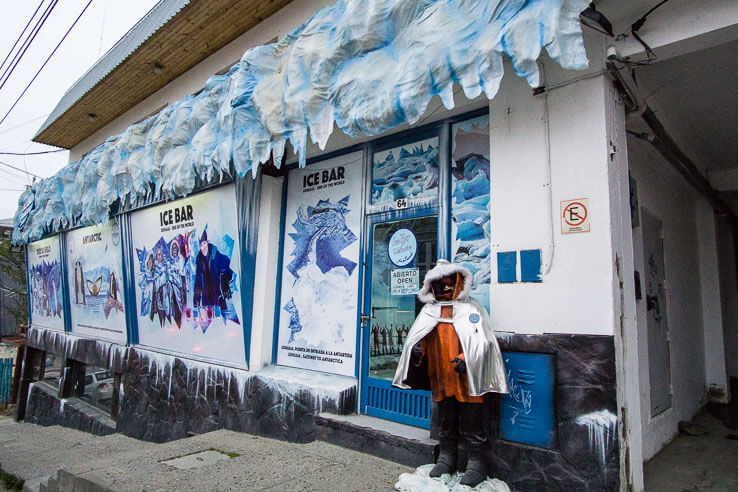 Michal got beaver fever from the source they call “100% safe”. There are many natural streams in Torres del Paine national park. We were told several times by employees of the park that we do not need a filter and can drink the water from the streams. That was, unfortunately, a mistake, Michal got sick and after tests in New Zealand, they confirmed beaver fever.

More than 1 month has passed and he is still not feeling well and taking antibiotics. That means the water in Torres del Paine is not safe to drink without a filter. The full post regarding this issue is coming out very soon.

Stay tuned for our next round up post – first impressions of New Zealand!