Learning a new sport is an exciting experience. First, you have no idea how it works. And it looks so easy when you watch others. But after a few tries, you get it. And it feels awesome! Buzzing in your body with excitement and a big smile on your face are the biggest proof of accomplishment. Do you know that feeling? 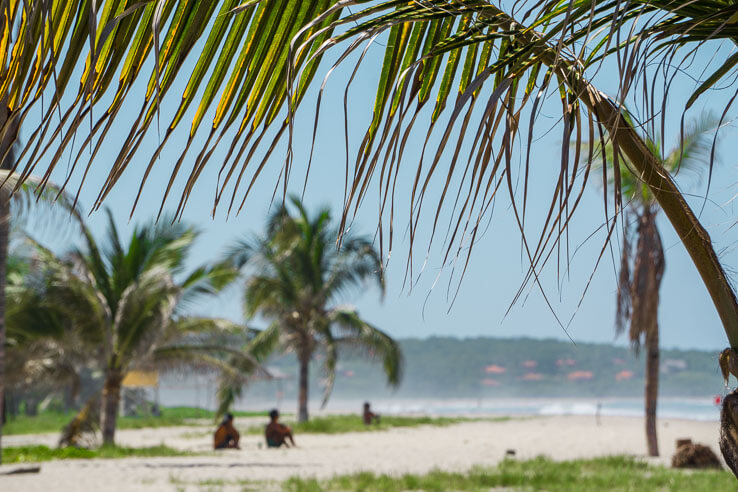 I love learning new sports and after arriving at the beach in Puerto Escondido in Mexico, my first thought was to finally learn to surf. I was watching few students with their teachers first and thought it is not that difficult.

The smiling little guy with dreads on his head looked like a patient teacher. Julio gave me a good price, 300 pesos (17 usd) for 1 hour. Little did I know there is much more included than a regular surfing lesson. 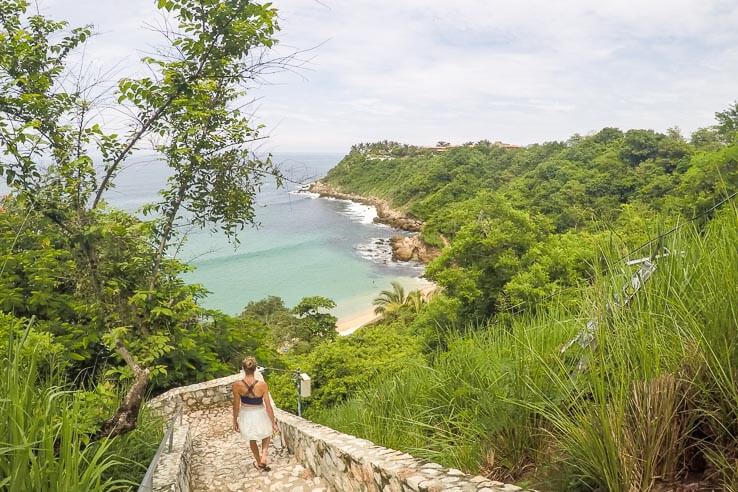 I got a surf shirt and practised on shore the position of my feet on the board. Then Julio thought me how to go from lying on the surf to actually stand up. Easy – from lying on the belly, put your hands under your armpits, curl the toes, push up, put the left foot perpendicular on the back side of the surf and the right foot parallel to the front side of the surf. Then stand up, straighten up your back, look forward and balance with your arms stretched to the sides. There is a catch though; all of this has to happen in 3 seconds.

I did this at least 20 times before Julio was satisfied with me and confident that I can do it on the board and on the wave at the same time.

I strapped the board to my ankle and Julio carried it to the ocean for me. I got on my belly and started pedalling to the spot where the waves were breaking. I turned my board to face the shore and Julio watched the waves coming. 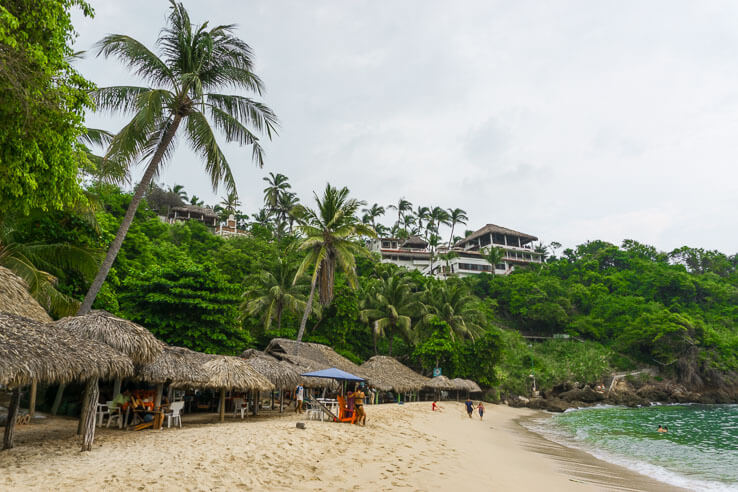 There it goes; Julio pushed my board and instructed me to pedal as hard as I can. I didn’t see the wave but I definitely felt when it got to me and carried me away. I had my hands and toes ready, I pushed up and fell. Julio forgot to mention when I exactly I’m supposed to stand up. Not that my fall was his fault of course, but a little heads up would have helped (maybe). The wave washed over me and the only thing I did was crossing my arms in front of my face to block the surf smashing my face. 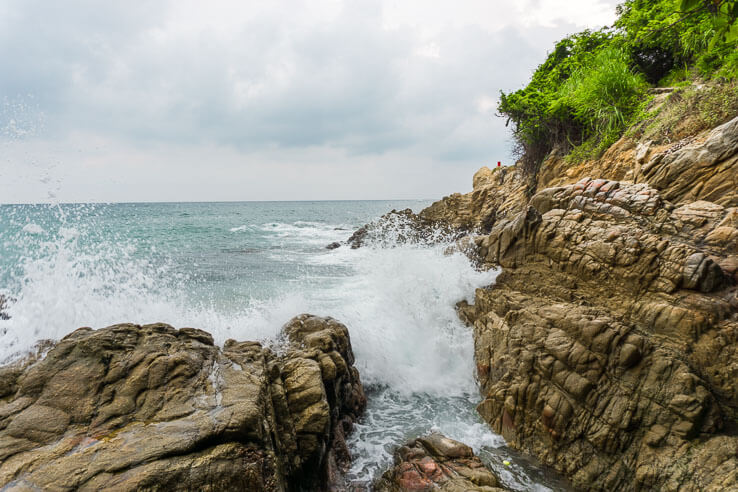 More waves were coming, some of them breaking right on me and I had to pedal very hard to get back to Julio. The second try was better, I knew I should stand up when I feel the board is already carried by the wave. And then it happened. I received a little push from Julio, pedalled hard, wave carried me for a few seconds and I stood up!

Riding a real wave on the very first day and first few minutes of surfing was something I didn’t expect. 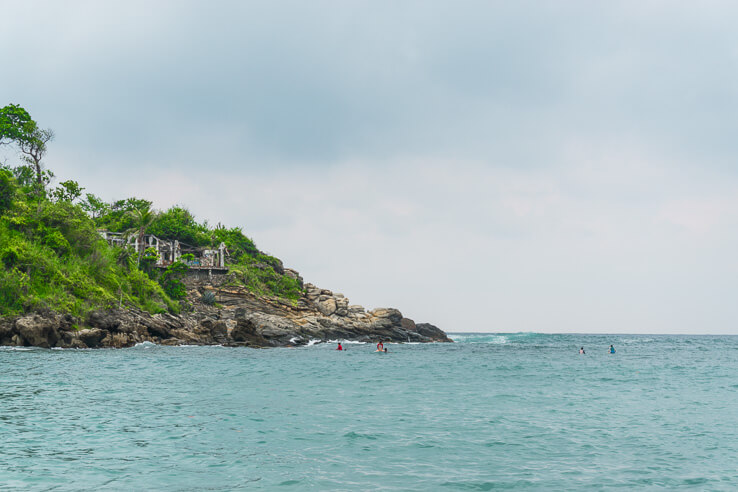 Most surf schools teach beginners on the white wash – basically, the white foam that is left after the wave breaks. But Julio on Playa Carrizalillo was the best teacher I could have. We were out where the waves are starting to form and break. Not only he watched the waves and pushed me every time a good one arrived, he helped me stretch on the board while waiting. My neck and back were feeling all the pedaling I did. 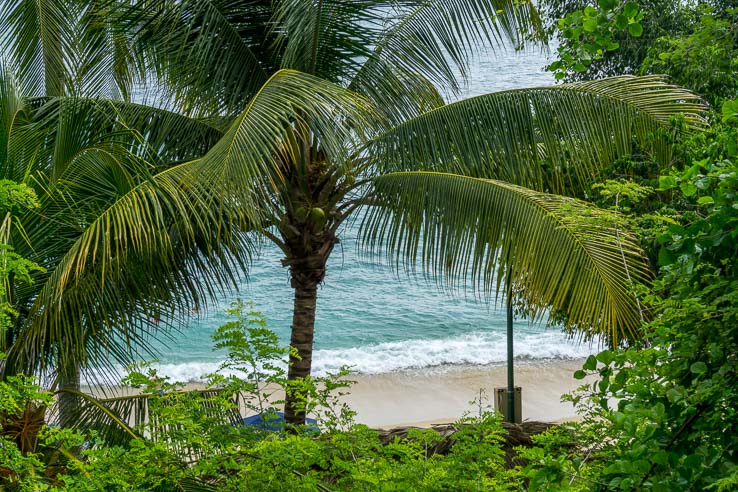 I was trying to catch every wave Julio told me to. Being carried away by the wave happened every time I pedaled, but standing up was a harder nut to crack. So many waves washed over me, I felt like my whole body was filled with salty water coming in through my mouth and nose. I tried many more waves and rode two more. But the first one is stuck in my head the most, even today two months after. And it probably will be forever. 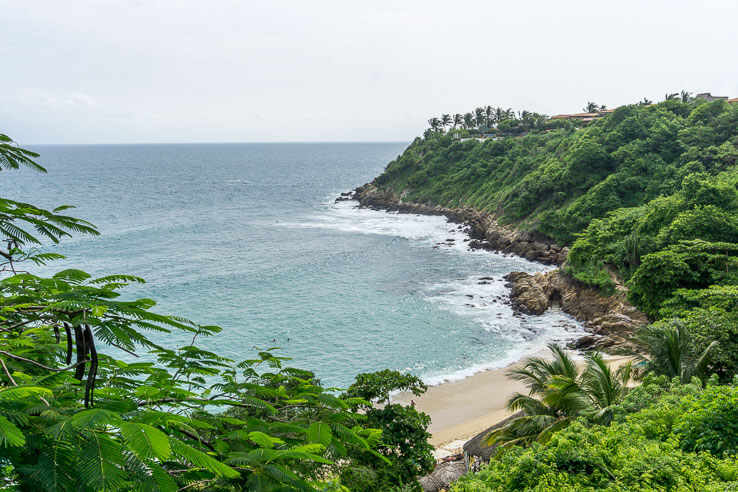 The surf lesson included the board for the whole day but we were in the ocean for close to 2 hours. I was exhausted and ready to lie on the beach. I tried to rest in the shade but the adrenalin from my surfing session kept me pumped up for the whole day. 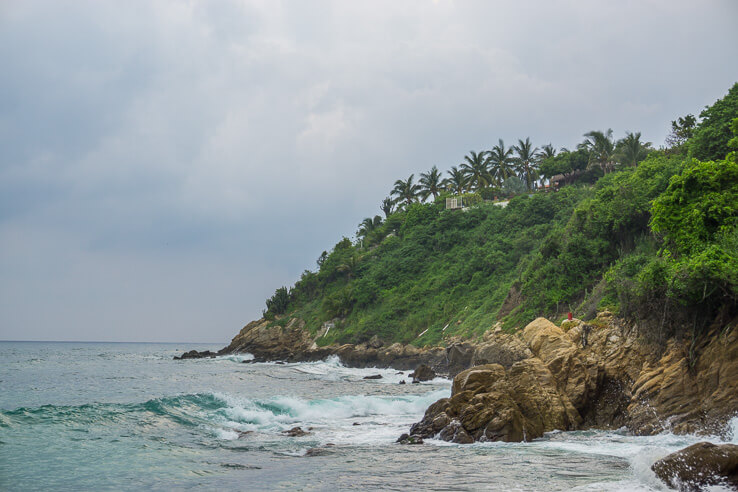 The best part? Julio is also a physiotherapist. He told me to come to see him after I rest a little bit. He showed me exactly what stretches I should do after surfing session, helped me stretch and gave me a massage with coconut oil! Can you believe that? I don’t know how I deserved it. But I didn’t care. All I cared about was enjoying the massage with the salty breeze swaying around me and my muscle tension slowly melting away.

My surfing teacher Julio put the bar for surfing teachers really high and I’m sure I will think of him every time I stand up on the board and ride a wave.

Have you tried surfing? What sport have you learned or tried to learn recently? 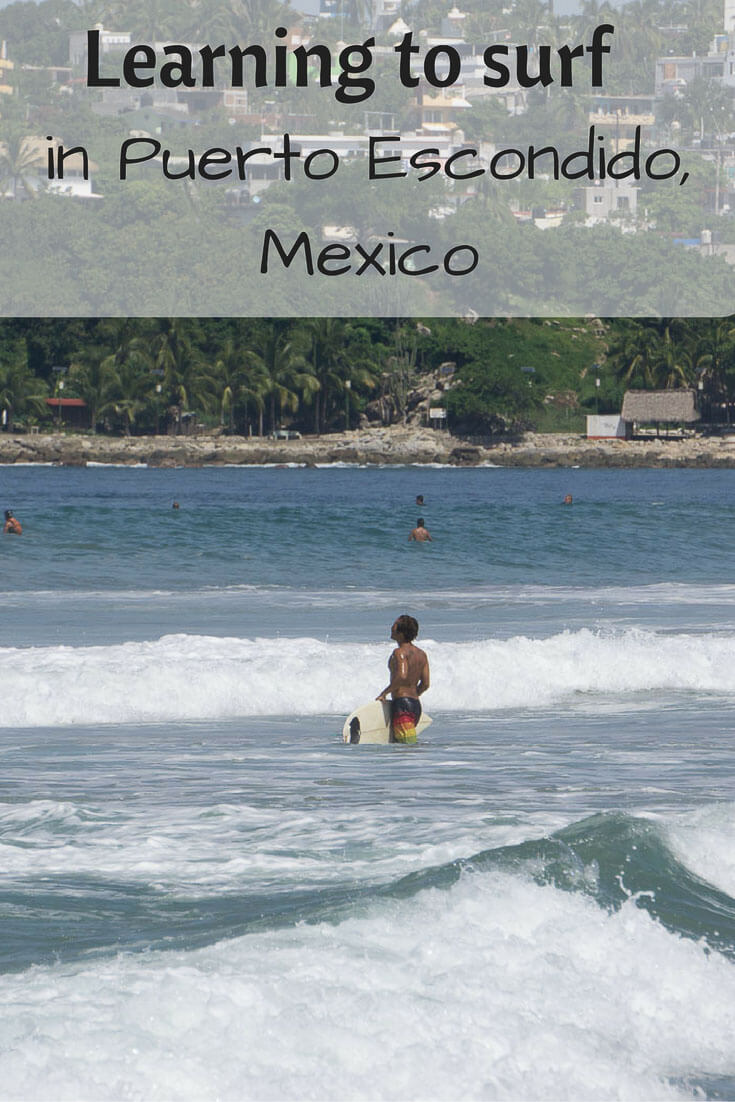