After Mexico, our second stop on a trip around the world was Guatemala. There are 3 ways that travelers take to cross from Mexico to Guatemala on land. Two of them are near Pacific and the last one is from Palenque through Guatemalan jungle to Flores. Here are the options:

I’ve heard many complaints about the first two options – crossings being sketchy and officials asking to pay for an exit stamp even though it was included in the airline ticket. 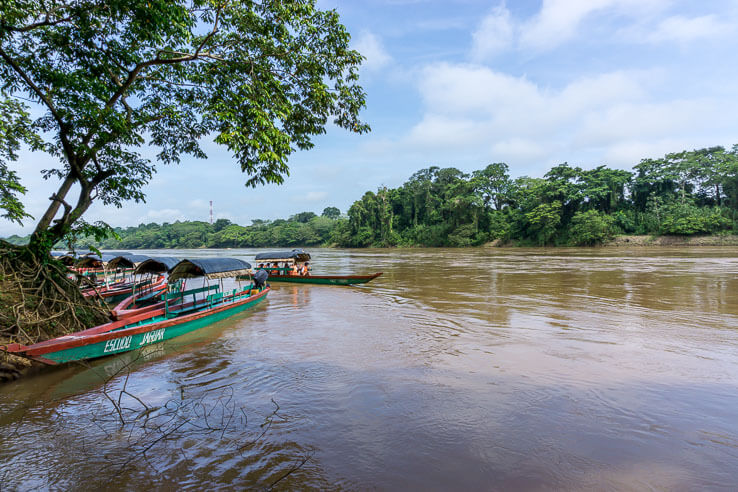 Of course, we chose the jungle option.

We were visiting San Cristobal de las Casas in Mexico and wanted to see Mayan ruins in Palenque and also Tikal in Guatemala. And we figured the easiest way to travel through Guatemala is from north to south.

From San Cristobal, we went on a Palenque tour. It consists of visiting the ruins and also a couple of waterfalls in which you can swim – Agua Azul and Misol-Ha. After visiting ruins in Palenque, we went to town and paid for a transfer across the border the next day. 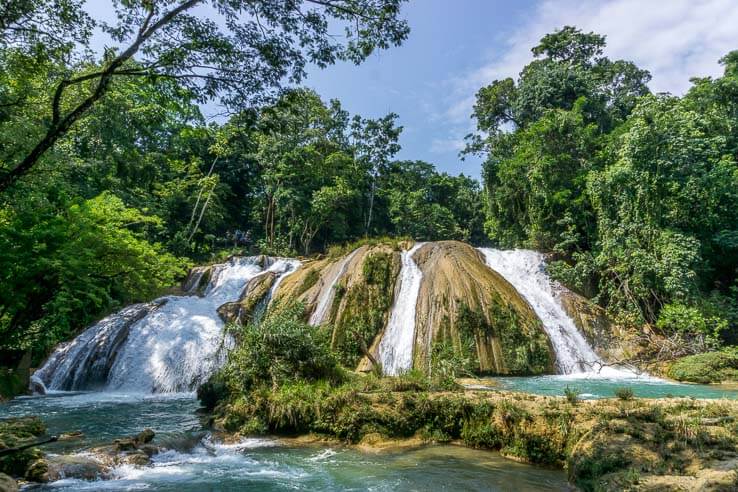 There are many tourist agencies in town and all of them can arrange the transport the next day for the same price. Price in September 2016 was 400 pesos (20 USD) per person. I consider the price very cheap since the whole process of crossing the border felt more like a nice trip instead of a long and grueling journey.

The jungle vibes started in Palenque already. We were staying near the ruins and could hear howler monkeys talking/screaming.

At 6 am the next day, the van picked us up in front of our hotel. We had one stop for breakfast on the way. Then driver stopped at the immigration office so we can get an exit stamp out of Mexico. There is also an exit fee which you would need to pay, usually around 20 USD. Since we flew to Mexico, the exit fee was already included in the airline tickets. We showed the copies of the tickets and got an exit stamp. 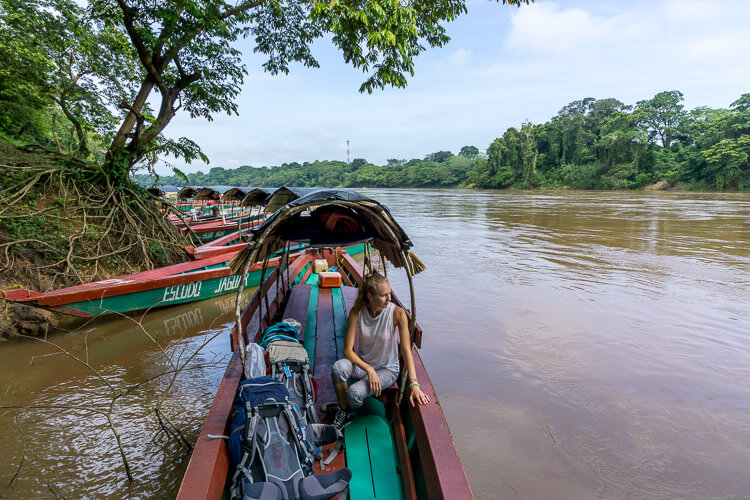 between Mexico and Guatemala

When we arrived at the river, our driver loaded our backpacks on a boat. What a great surprise! Mexico and Guatemala are divided by river in this part. And after a 5 minutes ride, we were on the Guatemalan side. 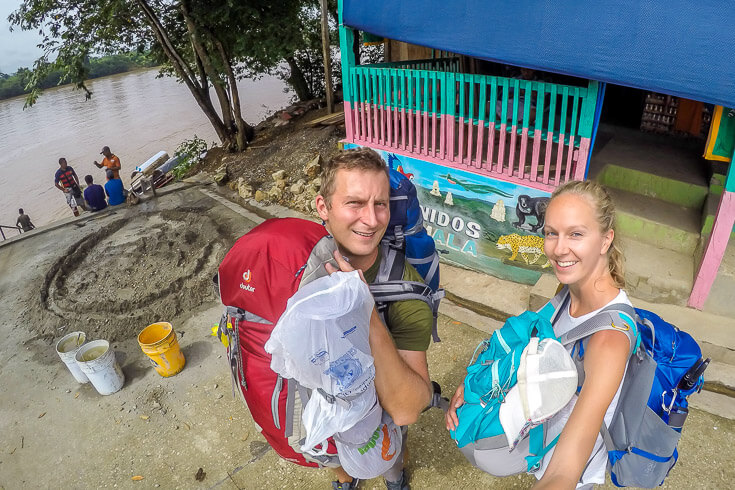 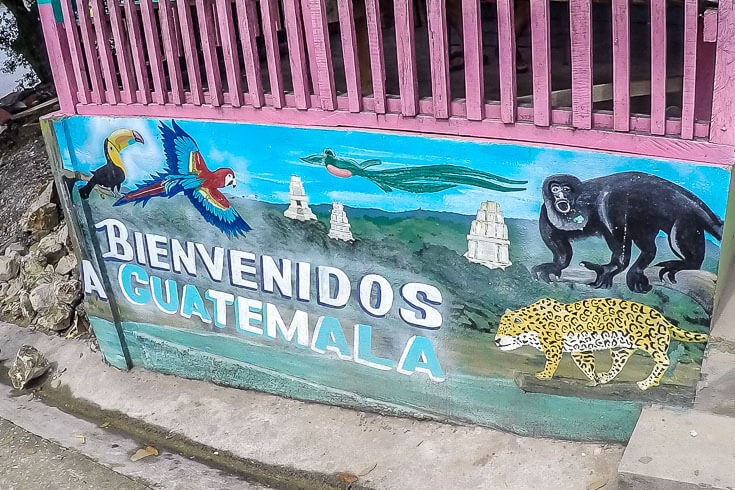 Other travelers were already in a tourist office waiting for our ride to Flores. We waited for an hour or so, bought some snacks and snapped a lot of pictures of howler monkeys screaming above us.

When the van arrived, we all were disappointed that we have to leave. Watching howler monkeys was a lot of fun. 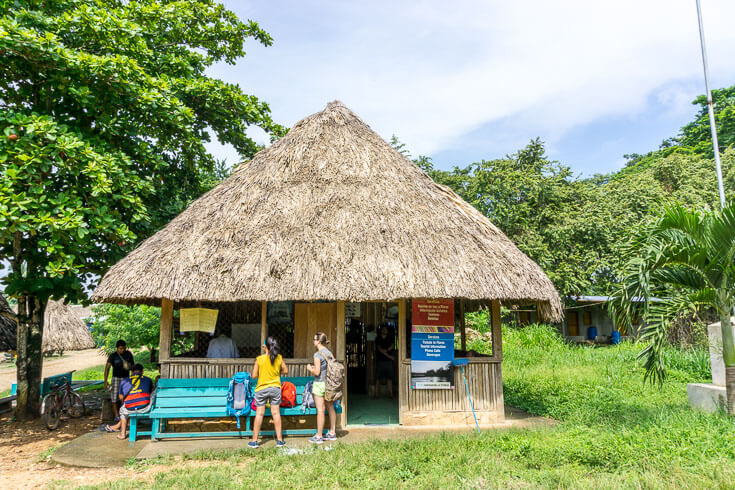 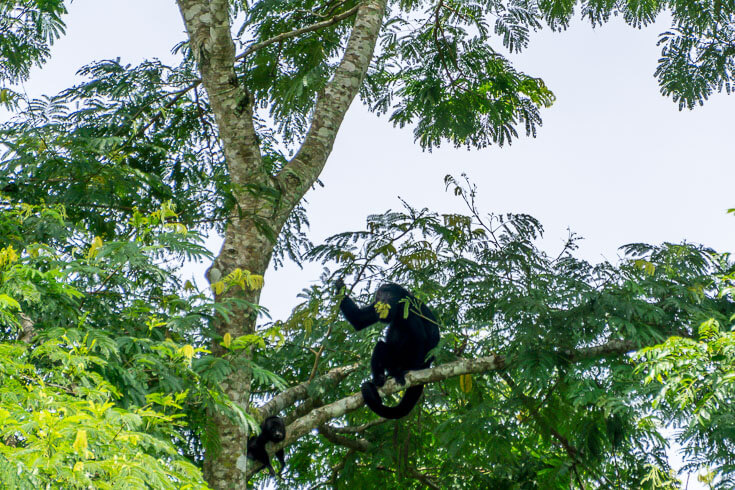 30 minutes ride later, we stopped at an immigration office for our entry stamp to Guatemala. Entry fee costs 40 quetzales (5 USD) per person and the stamp is valid for 90 days for 4 countries – Guatemala, El Salvador, Honduras and Nicaragua. 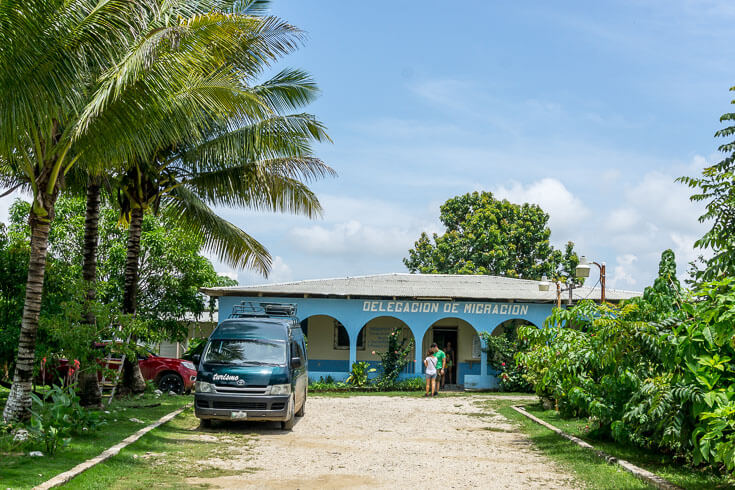 Drive from the border is through the jungle on a dirt road. We only saw few farmers. After 3 hours of bumpy ride, we arrived in Flores in Guatemala. 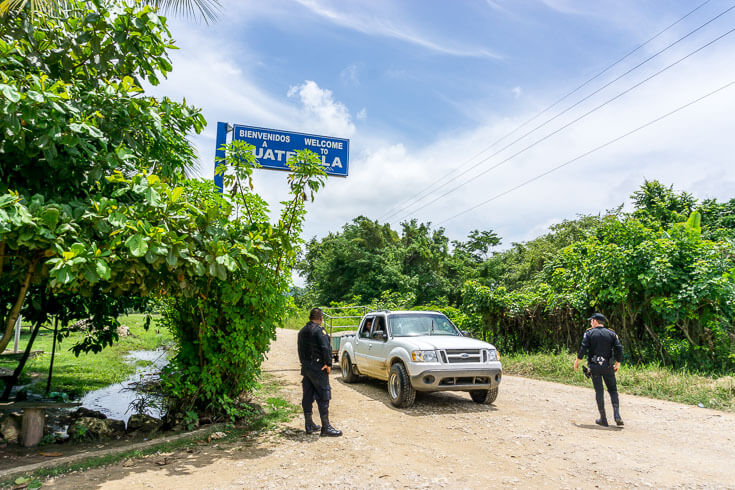 Tips for crossing border from Mexico to Guatemala

Where else is such a fun border crossing as is from Mexico to Guatemala? Let us know your experience. 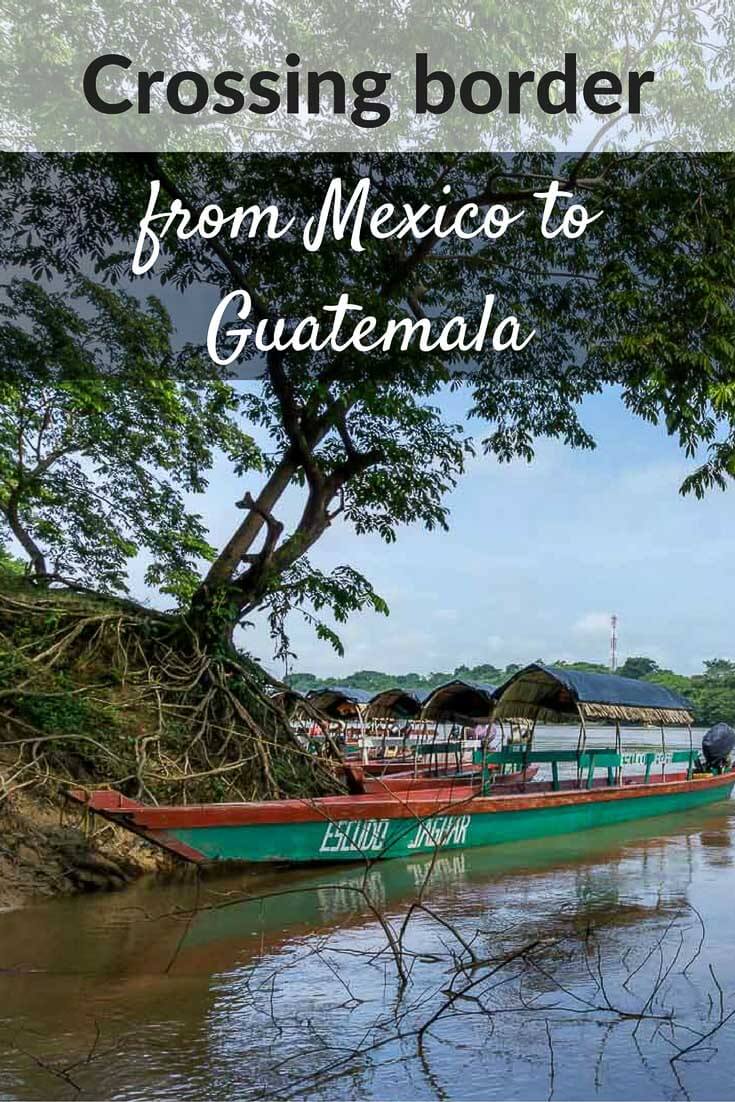