10 reasons you should visit Maui

Relaxing on the beach, hiking the mountains or enjoying outdoor activities, Maui has it all.

Thinking of paradise, most people’s mind usually wonder to Caribbean islands. But if you go as far west as you can get in US, to Oceania, you can find another gem called Hawai’i. One of the 8 islands is Maui, nicknamed The Valley Isle, and it is one of the most beautiful places on earth.

Winter weather was hitting hard in Canada and we wanted to escape to the beach. I looked at all the options where we can go and after hours of searching, our destination was chosen by skyscanner and the price/value of flight tickets.

10 reasons you should visit Maui

We chose Maui just two weeks before the departure date. It was always our dream destination but we never actually thought we can go there for real. Oh man, that was a really good decision. You’ll see on your own.

Let us show you 10 reasons you should visit Maui!

Average temperatures range from 26C to 31C. I don’t know about you, but I wouldn’t even have to know more reasons to visit. This already sounds good to me.

Although weather on Maui can change quickly, if it’s raining where you are, either wait few minutes for the sun, or just move to another part of the island where it’s sunny already. You might want to stay where it’s raining so you can see single or double rainbows afterwards crossing the sky. 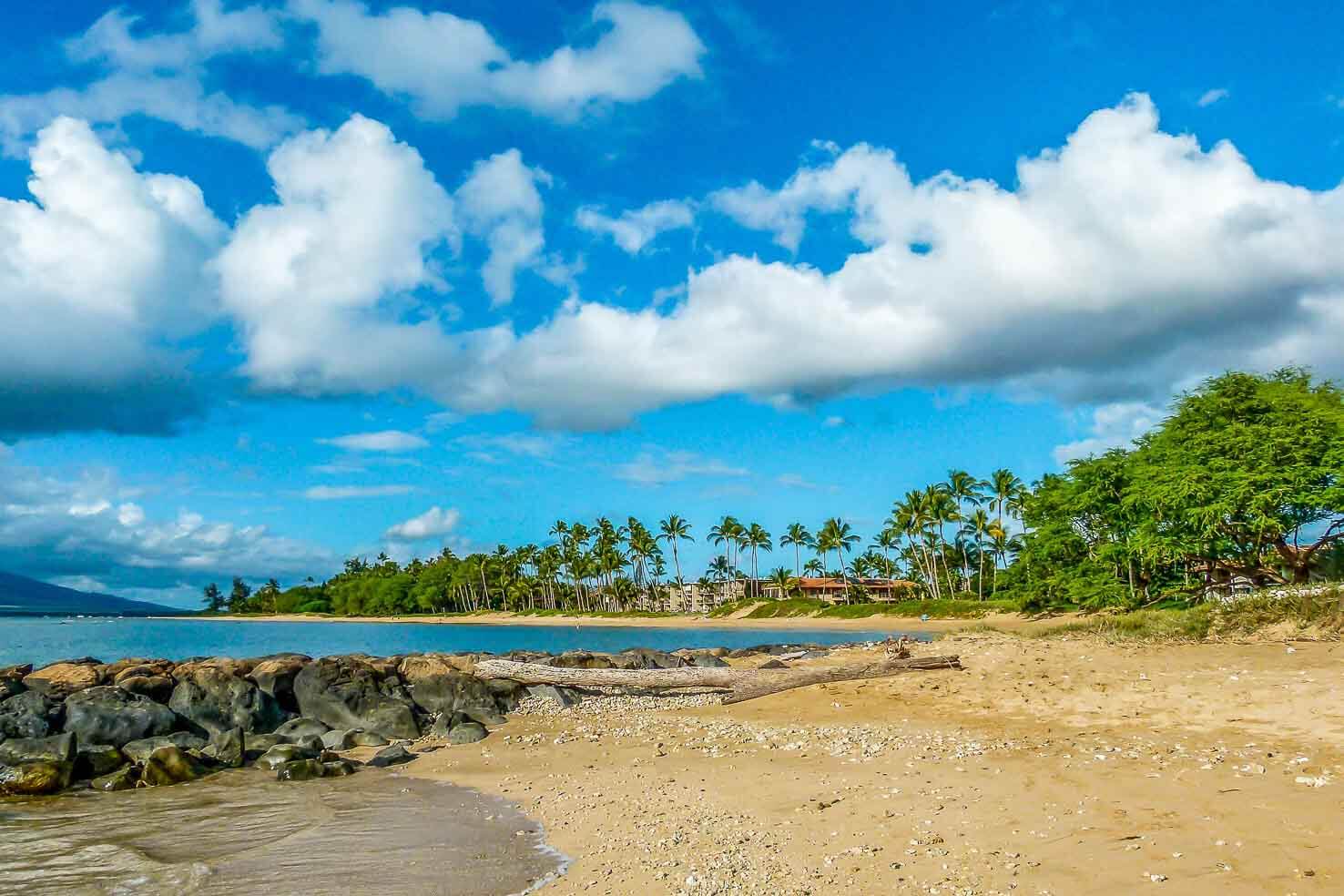 Maui has two seasons, winter and summer, but good time to visit is year round. It is drier on the western coast of the island, where you can find resorts and windy on the north part mostly covered by rainforests.

Only exception is Haleakala volcano rising up to 3055 m above sea level, prepare for temperatures 4C or lower. 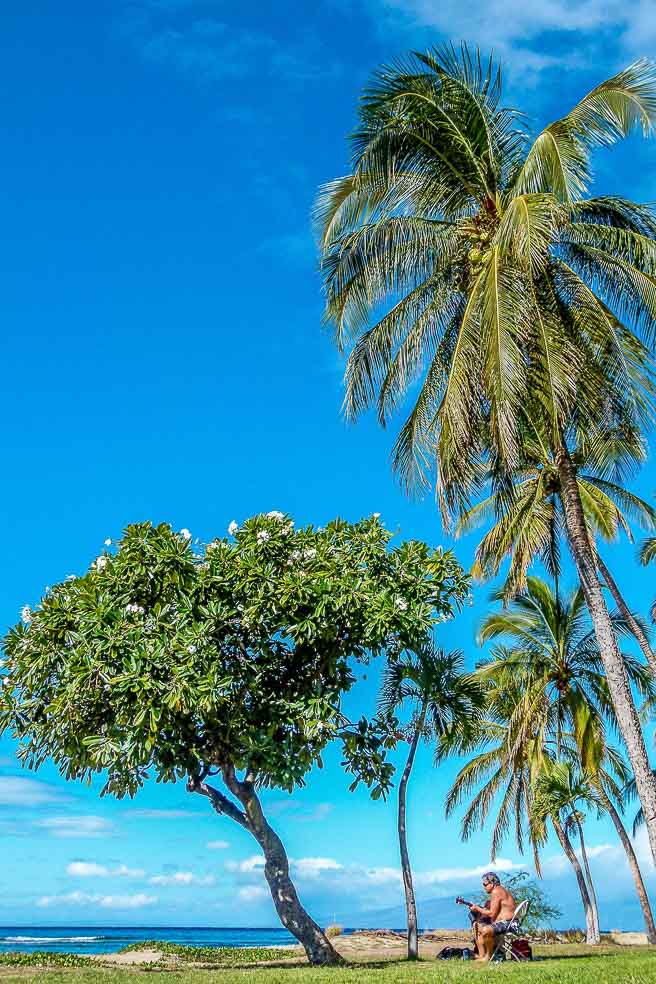 People on this Hawaiian island encourage “aloha spirit”. Most of them naturally, but interesting is that it is also considered a law in Hawaii.

By applying Aloha Spirit, people and all government officials can help create a better world, a world filled with aloha. People are sending good vibes or good feelings to others. Because of aloha’s popularity, Hawaii is called the Aloha State.

One of the first Aloha Spirit experience we had was during the first day, when we took a bus to historic town Lahaina looking around for the beach without a map.

We found a quiet place with turquoise water called Baby beach. Guy on this photo came shortly after us and brought just a chair and his guitar. He was playing for several hours everything from jazz to reggae, to the rhythm of the waves slowly breaking on the shore.

We couldn’t ask for a better introduction of the laid back atmosphere of the island.

Each winter thousands of humpback whales migrate to Hawaii’s warm ocean waters from Alaska. The majority of the whales are found off the coast of Maui.

Humpback whales spend summer months enjoying fish in Alaska, once the water becomes too cold, they begin their journey south. The whales migrate around 5600 km which can take them 6-8 weeks till they reach waters of Maui. 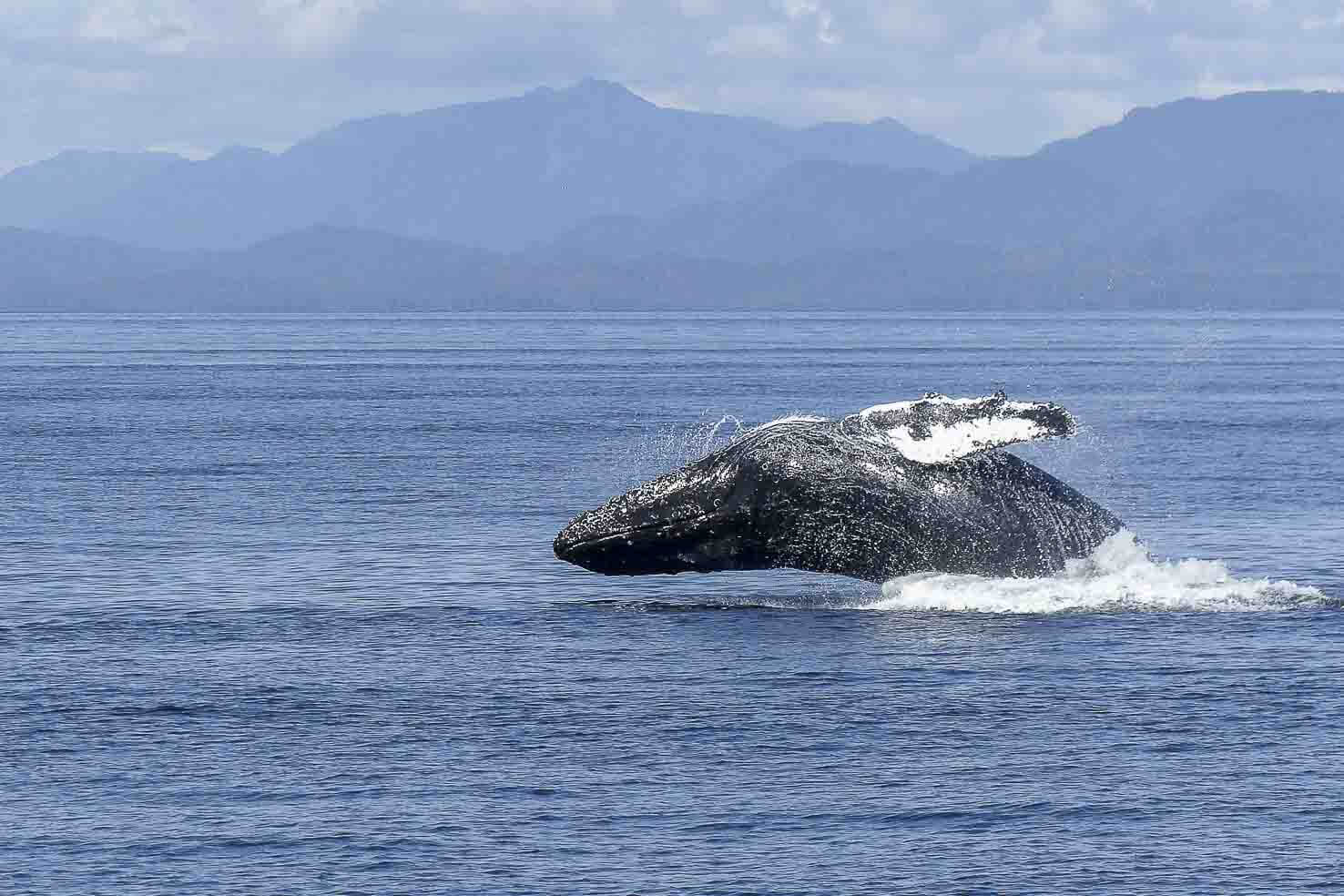 Whale season on Maui starts in late November and ends by the end of April. February and March are considered the peak of the season, but while we visited December/January we saw plenty of whales from the shore.

One of the most interesting thing about humpback whales is their song. You can hear them sing several minutes at a time. It reminded me of a movie Free Willy.

You can go on one of the many whale watching tours or watch them from land. Best spot for watching from the shore breaching them out of the water is a viewpoint on the Pali highway (road between Lahaina and Ma’alaea).

There are usually volunteers from Hawaiian Islands Humpback Whale National Marine Sanctuary who can answer any questions you may have and lend you binoculars. 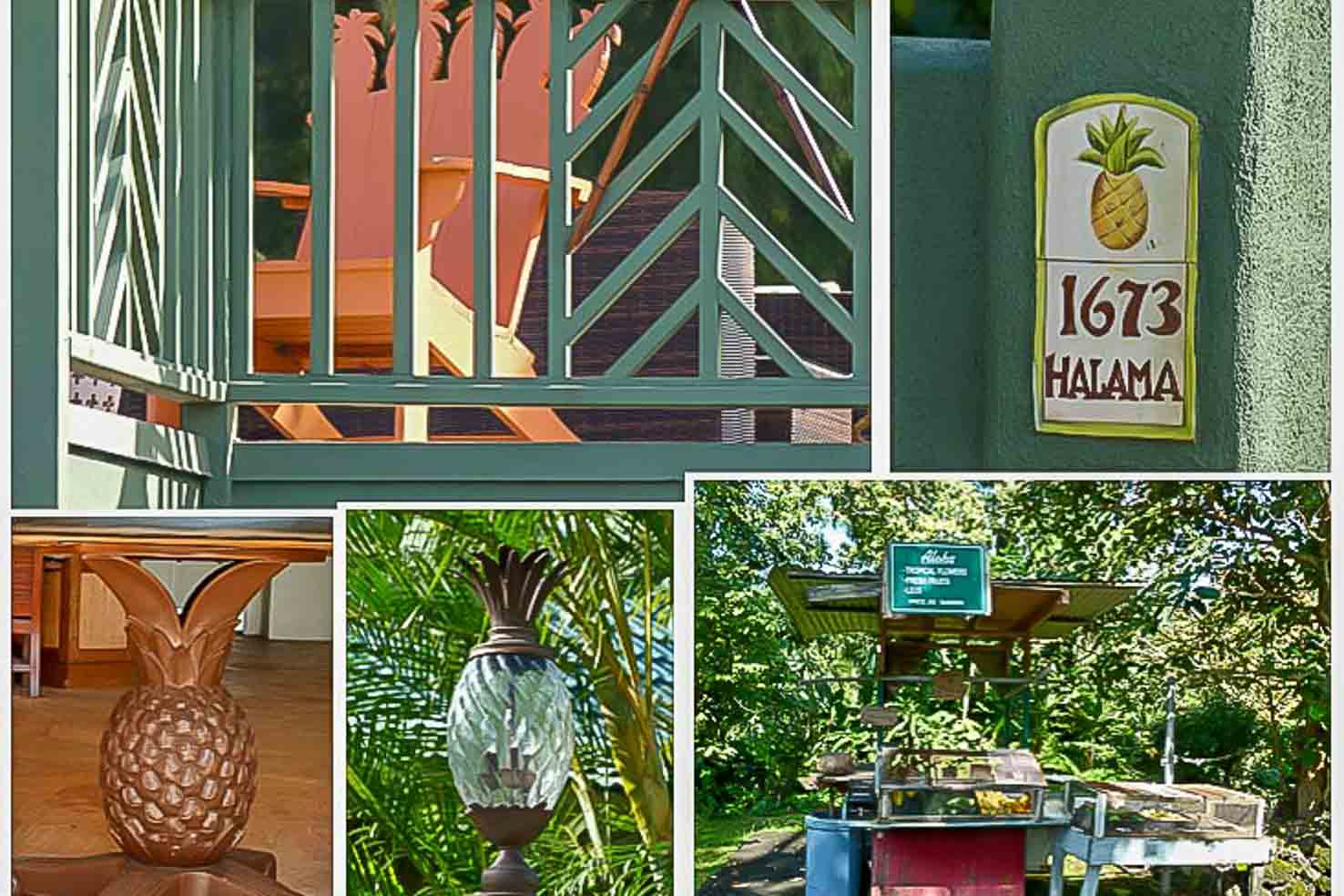 You can go on a “tasty” tour at the Pineapple Plantation, where you learn everything from planting, growing and history of Maui pineapple.

What’s the better food on a hot day then a golden yellow, juicy and sweet pineapple right from the field?

Five different kinds of sea turtles are found in Hawaii’s waters, but only two of them are seen on the shore: hawksbill (hawaiian name ‘ea) and green (hawaiian name honu).

Hawksbill turtles are mostly found on the Big Island of Hawai‘i. But few hawksbills and green sea turtles also nest on Maui. 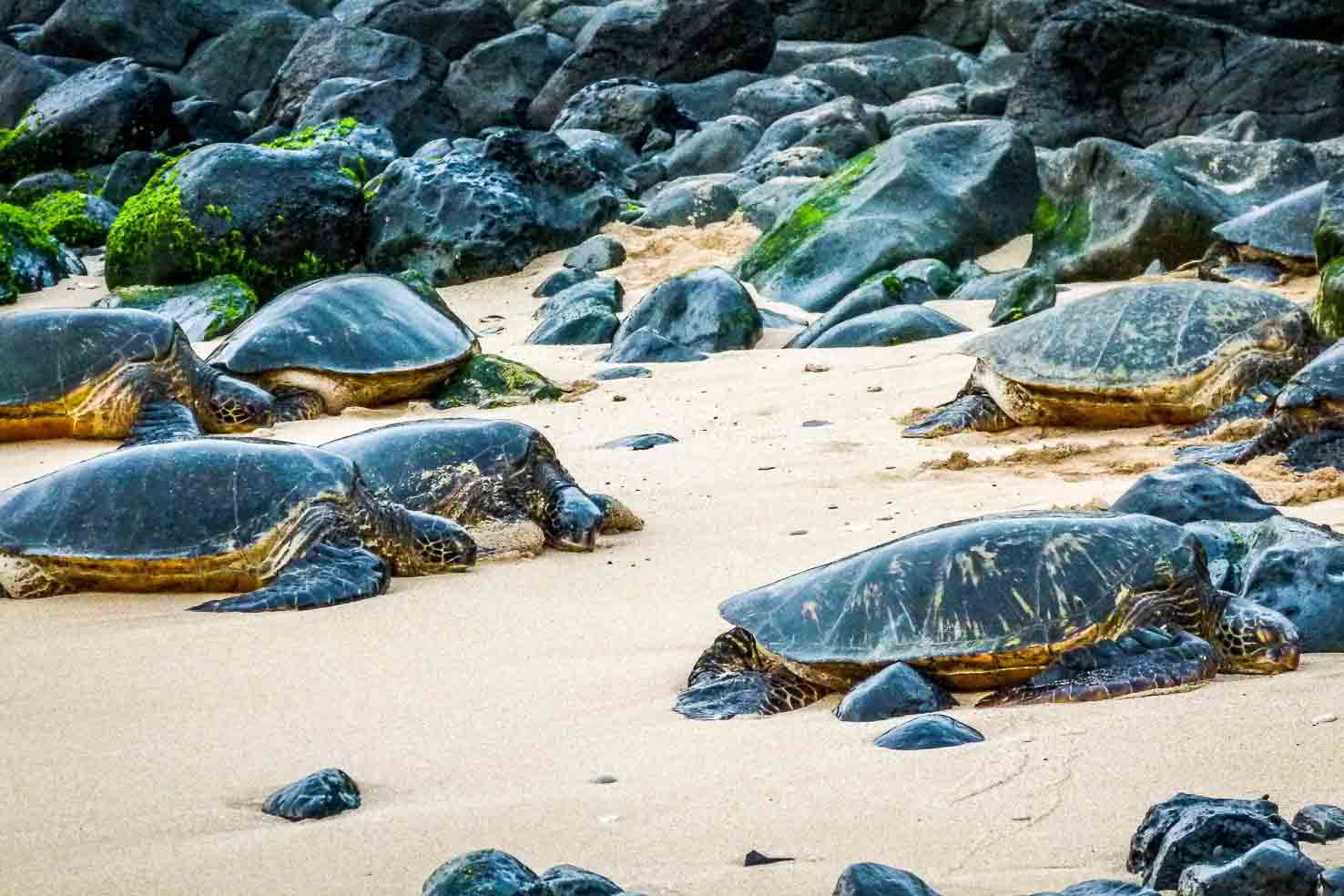 Thanks to the owner of the hostel we stayed in, who told us about Ho’okipa beach near Pa’ia, we could watch them slowly going on shore. Every day before sunset, turtles Honu find their way to the land for the night, to rest and avoid predators.

When Maui was formed, several volcanoes were close enough that during lava flow, they merged into an island.

Haleakala, also called East Maui Volcano, forms more than ¾ of the Maui Island. The rest of the island is formed by older volcano, Mauna Kahalawai or West Maui Mountains.

The tallest peak of younger volcano Haleakala rises to 3055m above sea level and measures 8 km from sea level to summit, making it one of the world’s tallest mountains.

Crater at the summit of Haleakala was home to the grandmother of the cultural hero called Maui. According to Hawaiian mythology, his grandmother helped him catch the sun and force it to slow down its way across the sky to lengthen the day. Nowadays it’s called “House of the sun”. 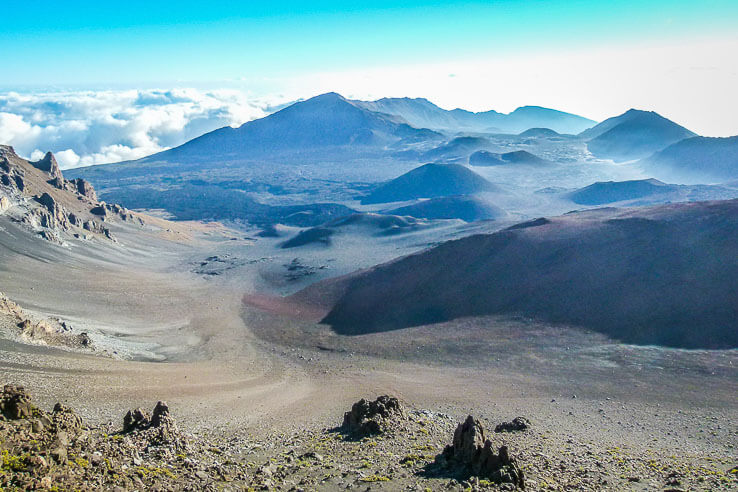 You can see five other main islands from the summit. This photo was taken during our trip to Haleakala National Park. We woke up 3am for a drive to the summit to see a stunning start of a new day (or sunrise).

Most of the accessible waterfalls on Maui are on the north east side of the island, along the famous Road to Hana. It is very rewarding, when driving to Hana on many switchbacks during a hot day, to be able to take a dip. Waters are crystal clear and very refreshing.

There are many markers along the route, just pack your swimming suit, choose a waterfall and enjoy the swim in the Hawaiian rain. 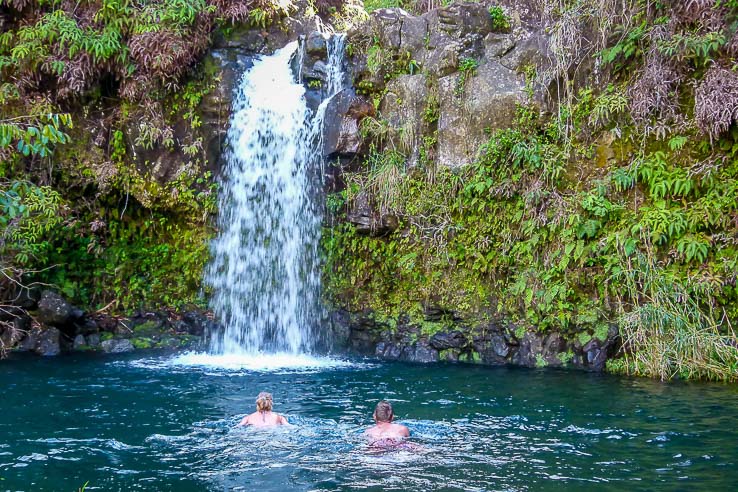 Maui has over 45km of beautiful beaches. Whether you like white, black or red sand beach, Maui has them all.

Some of them might be overcrowded, especially near resorts, such as Ka’anapali Beach. One of the largest beaches ideal for snorkeling or beach bumming is Big Beach. On the other side of Big Beach is Little Beach, preferred by nudists.

Surf lessons are offered on the beaches in Lahaina. Baldwin Beach Park in Pa’ia is great for swimming or bodysurfing. 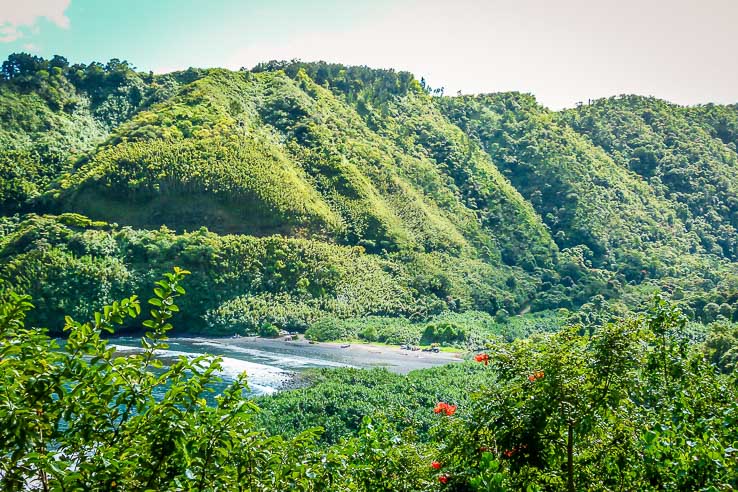 If you’d like to explore less touristy and less known beaches, watch for them on the way to Wai’anapanapa State Park. That is where we found our favourite black sand beach. And you might even be the only people there!

One of the most affordable activities on Maui is snorkeling. Rental shops with snorkeling gear can be found in Lahaina, as well as the map of the best spots for snorkeling.

Popular places include Honolua Bay and Ka’anapali Beach on the west side, La-Perouse State Park, Ulua Beach Park and Big Beach near Makena, on the south west side of the island. 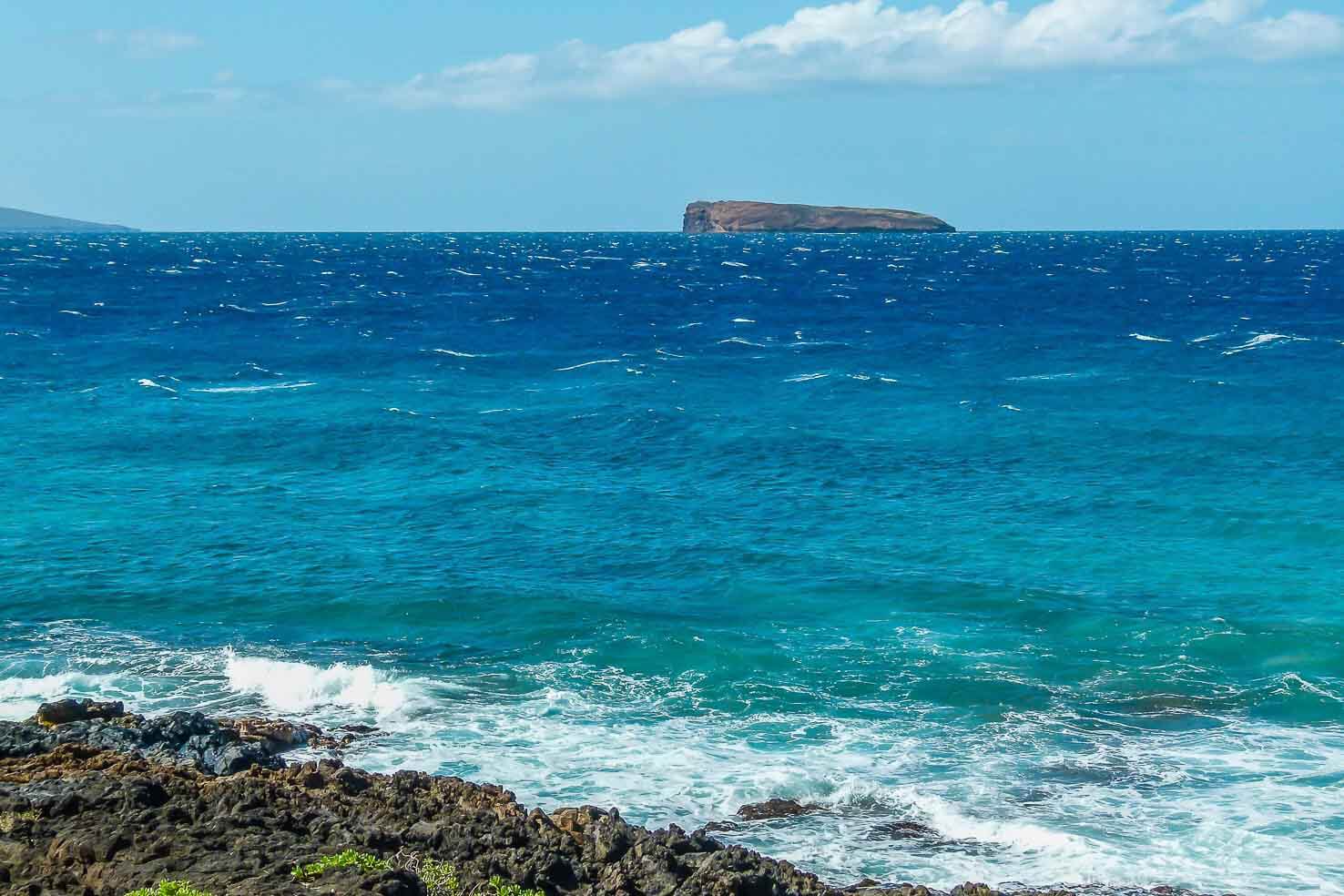 Molokini Crater is the most popular place for snorkeling and diving trips. It is located about 3km offshore from southern Maui and offers some of the clearest water for snorkeling anywhere in the world. You can see large variety of coral, fish, green turtles and reef sharks.

There are many trails on Maui including Haleakala National Park, offering hiking on volcanoes, La Perouse Bay for an easy stroll on a lava flow or trails in the rainforests of this green island.

Best hiking trails can be found in Iao Valley State park near Wailuku, signs on the way to Hana invite you on many hikes in the lush forest or pass the town of Hana and hike Pipiwai Trail, which takes you through the mystic bamboo forest leading to breathtaking Waimoku Falls. 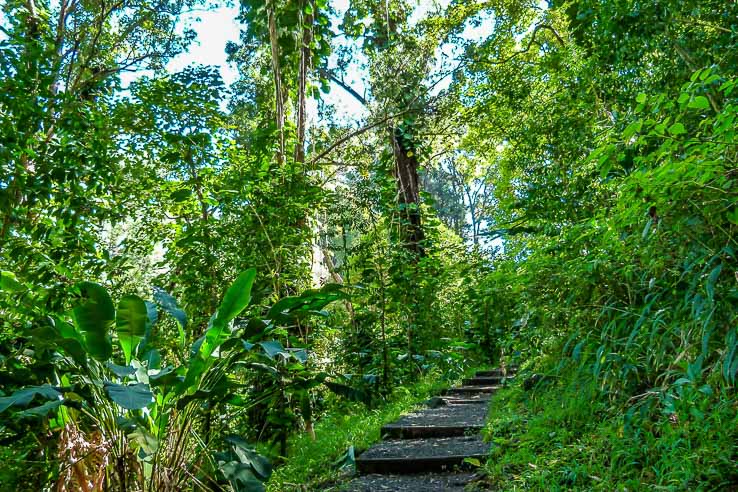 If you love quietness, fresh after-the-rain air and sounds of wildlife surrounding you, put on your hiking shoes and head to the nature. 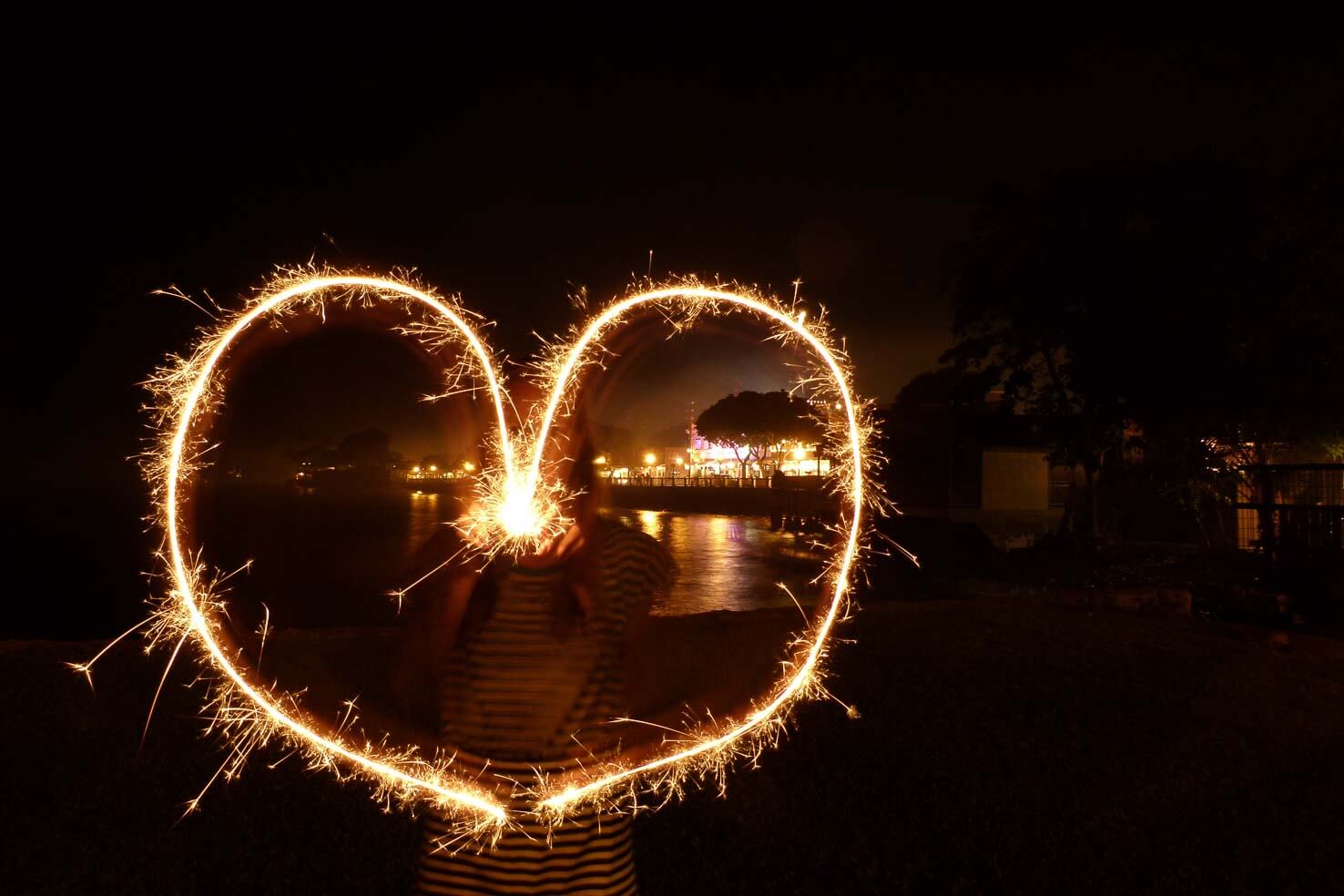 Pictures might not justify enough how beautiful this island is. Go see yourself and let us know if you also fell in love with Maui.

Guide to Road to Hana stops

Where to stay in Maui

Biking the Going to the Sun Road in Glacier national park, Montana

Now we would like to hear from you. Have you visited Maui already? Or where else have you found a paradise? 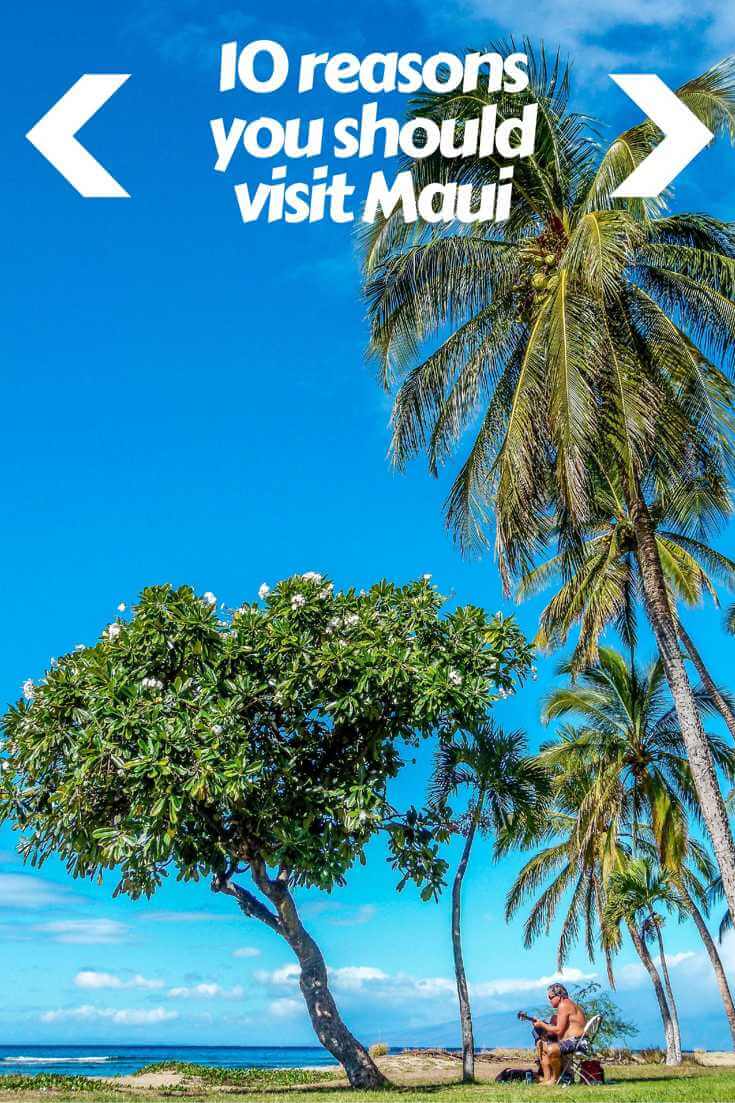 Enjoying the view while your toddler is running ar

Watching him learn new things is the biggest joy o

Getting sprayed by waterfalls in the morning, SUP

Recipe for an amazing adventure weekend in Golden,

Just a few summer ideas to inspire your Canadian R

How does your self care look like? Getting a tan